All-Star Joel Embiid scored a career-high 50 points in the Philadelphia 76ers’ 112-105 victory over the Chicago Bulls on Friday night.

Tobias Harris had 22 points and 12 rebounds for the Eastern Conference-leading 76ers.

They played without Ben Simmons (illness) for the second straight game and clinched coaching duties for Doc Rivers at the All-Star Game. Zach LaVine scored 30 points for the Bulls.

With the 76ers clinging to a 107-103 lead, Embiid blocked LaVine’s driving attempt with 1:02 remaining, then hit a 17-foot baseline jumper with 41 seconds left.

When the Bulls called timeout, Embiid jogged to center court and put both hands up as if requesting cheers from the empty seats while the speakers played artificial ‘M-V-P!’ ‘M-V-P!’ chants.

Jamal Murray scored a career-high 50 points, All-Star starter Nikola Jokic had a triple-double and Denver adjusted to a schedule change by handing Cleveland its ninth straight loss in a matchup hastily arranged by the NBA due to Covid-19.

Murray hardly missed, making 21 of 25 shots, including 8 of 10 3-pointers. He didn’t attempt a free throw. According to Elias Sports Bureau, he’s the first player in league history to score 50 or more points without shooting a free throw.

With the Cavs still hanging around in the fourth, Murray made three 3-pointers in 1:05 to push Denver’s lead to 21. He scored 20 points in the final quarter before being replaced with 2:23 left.

Jokic, on his 26th birthday, had 16 points, 12 rebounds and 10 assists for his seventh triple-double of the season. Collin Sexton scored 23 points, and Jarrett Allen had 20 for Cleveland. 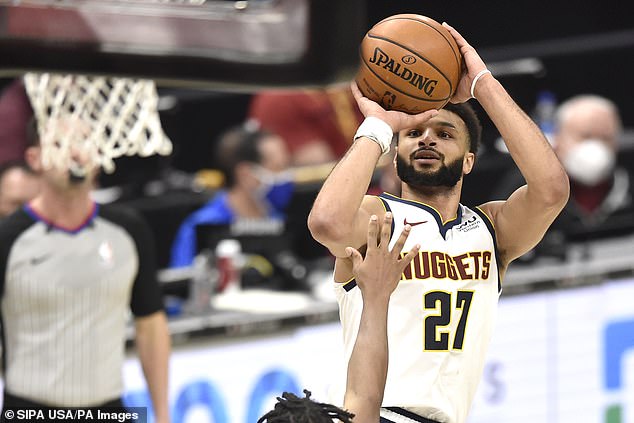 The Clippers avenged an 18-point loss to Utah two nights earlier, when starters Leonard, Paul George and Nicolas Batum were sidelined. George had 15 points in his return from a toe injury.

Donovan Mitchell scored 29 of his 35 points in the second half for the NBA-leading Jazz. They lost for the second time in 22 games. 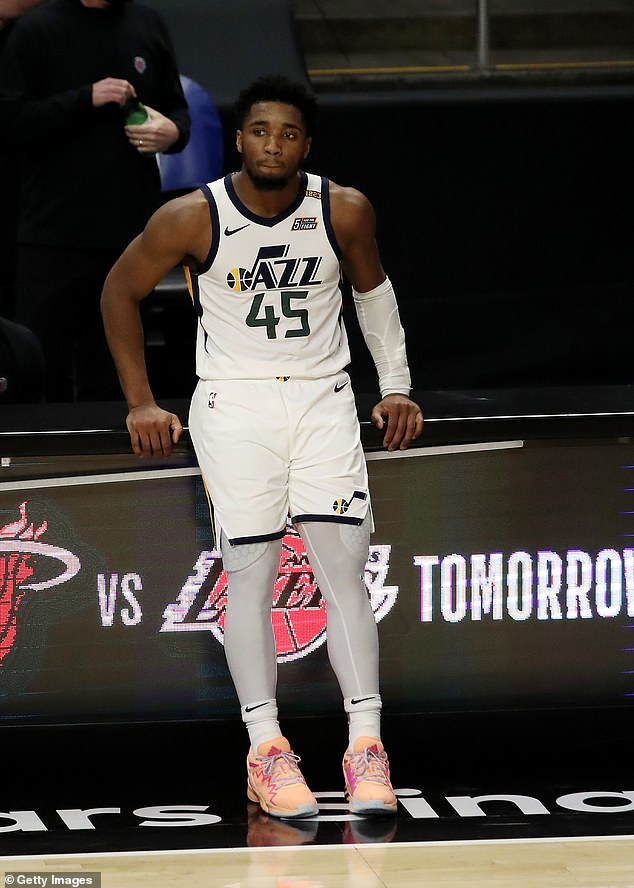 Chris Paul had 15 points and a season-high 19 assists, spearheading an 11-point, fourth-quarter comeback in Phoenix’s victory over New Orleans.

Paul, who rose to stardom with New Orleans after being drafted fourth overall in 2005, appeared to be gesturing that he owned the arena after hitting a step-back 3 that gave Phoenix a 118-107 lead with less than five minutes to go. The Suns outscored the Pelicans 41-12 in the final quarter.

Paul’s decisive 3, his third of the game, was one of 22 the Suns hit from deep on 39 attempts (56.4%). Jae Crowder hit six 3s on his way to 20 points, and Frank Kaminsky made five 3s for the bulk of his 17 points. Devin Booker scored 23 points to help the Suns rebound from a tough home loss to Brooklyn to win for the 10th time in 12 games. 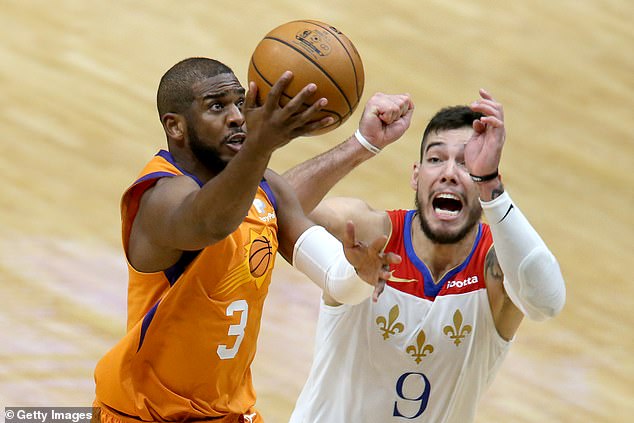 Nikola Vucevic had 30 points, 16 rebounds and 10 assists for his third career triple-double and Orlando overcame a 13-point, fourth-quarter deficit to beat Golden State.

Curry missed an off-balance 3-pointer from 27 feet with five seconds left that could have tied it. He finished with 29 points, 11 assists and six rebounds. Golden State was trying to win three straight games for the first time this season, but failed to get past two in a row for the seventh time. 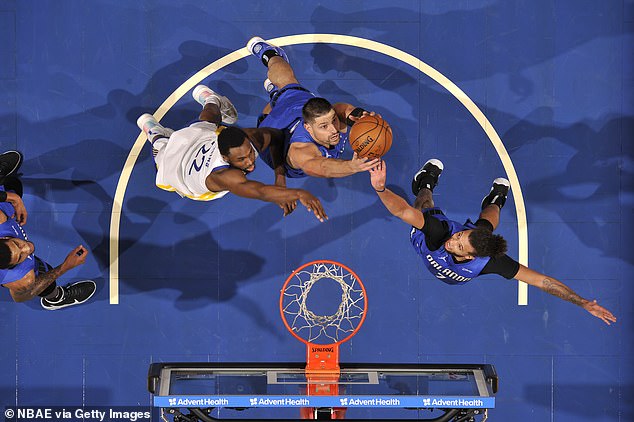 Giannis Antetokounmpo had 29 points, a season-high 19 rebounds and eight assists, and Milwaukee beat Oklahoma City to snap a five-game skid.

Khris Middleton added 20 points for the Bucks. Lu Dort had 17 for the Thunder. 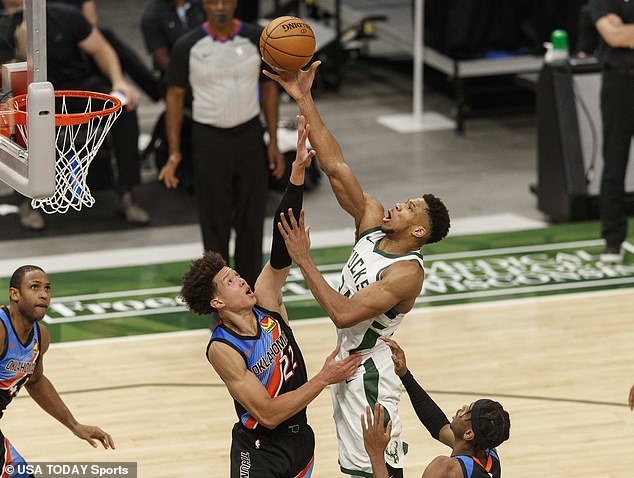 Jayson Tatum added 25 points and eight rebounds, and Jaylen Brown and Tristan Thompson each finished with 17 points to help Boston take the second of back-to-back meetings between the teams. The Hawks won the first meeting Wednesday night.

Trae Young led the Hawks with 31 points. Atlanta has lost five of six. 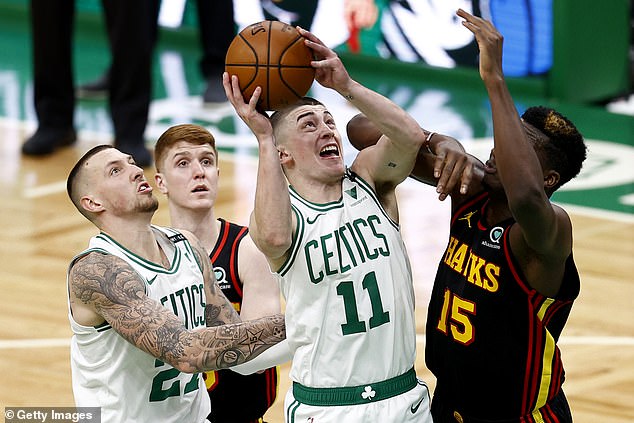 Ja Morant scored 21 of his 29 points in the second half, Jonas Valanciunas added 17 points and 15 rebounds and Memphis rallied to beat Detroit.

Kyle Anderson added 16 for Memphis. Jerami Grant and Delon Wright led the Pistons with 16 points each. 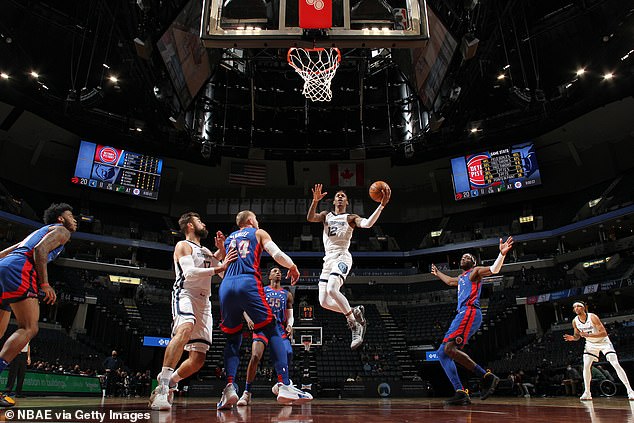 Norman Powell scored a season-high 31 points and Toronto closed with an 11-0 run to beat Minnesota for its third straight victory. 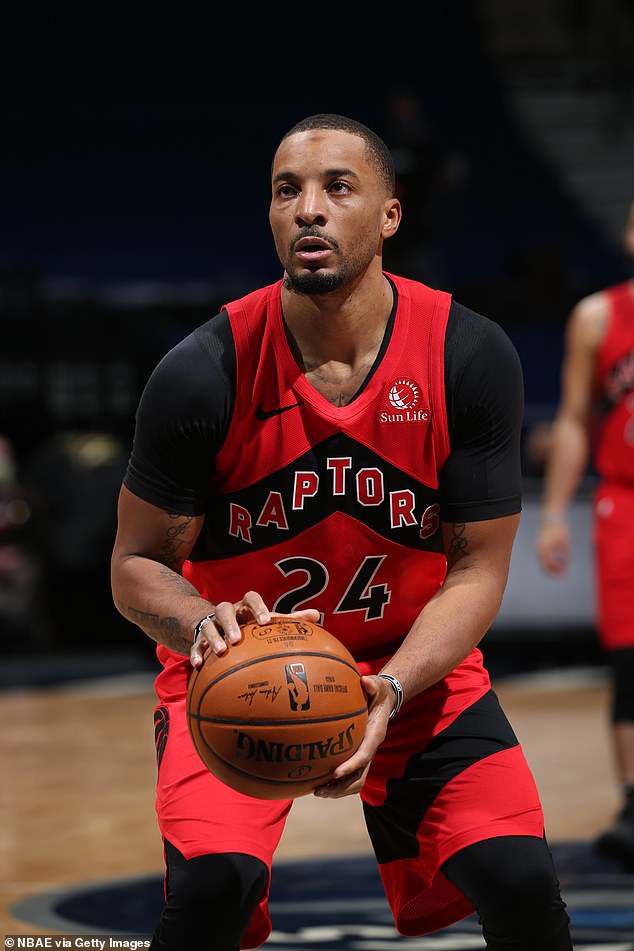