Elsewhere, Oklahoma City Thunder pulled one back on Utah Jazz after five of the seven-match series.

In Clevelend, LeBron James hit a 3-pointer at the buzzer, a crowning moment for another brilliant performance, to give his side a 98-95 victory over the Indiana Pacers on Wednesday night. 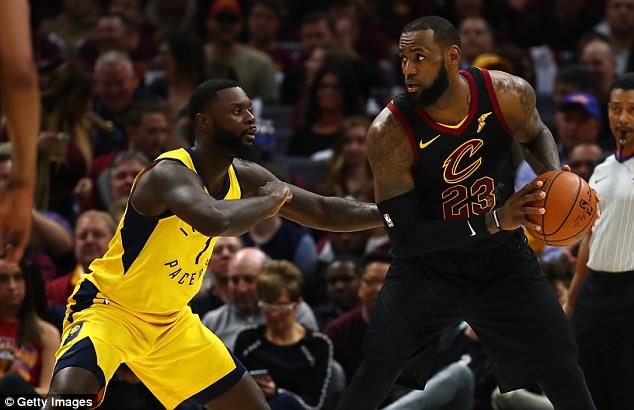 James hit a 3-pointer at the buzzer, a crowning moment for another brilliant performance

The Cavs are now within just one victory of advancing in the Eastern Conference play-offs, where either Toronto Raptors or Washington Wizards awaits.

In that match, DeMar DeRozan scored 32 points and Kyle Lowry had 17 points and 10 assists as Toronto beat Washington in Game 5 to take a 3-2 series lead.

The only team in the NBA to avoid a three-game losing streak this season, the Raptors went 5-0 following back-to-back losses during the regular season, and have not lost three straight since last year’s second-round sweep against Cleveland.

Delon Wright scored 11 of his 18 points in the fourth quarter, and Jonas Valanciunas had 14 points and 13 rebounds for Raptors. John Wall had 26 points, and Bradley Beal added 20 for the Wizards.

Elsewhere, Clint Capela had 26 points and 15 rebounds, James Harden added 24 points and Houston pulled away in the third quarter to finish off Minnesota in five games. 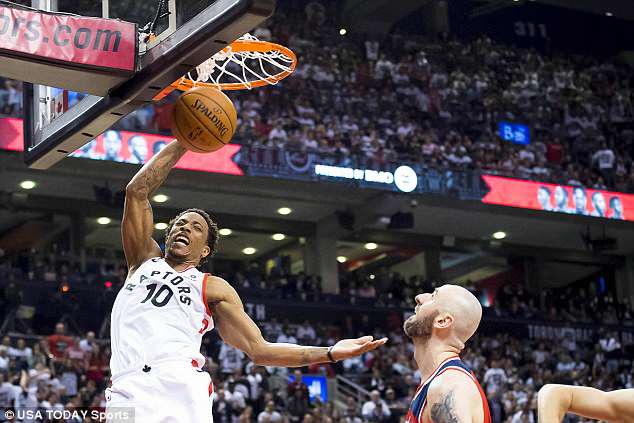 North of the border in Canada, DeMar DeRozan was on form as Toronto Raptors went 3-2 up 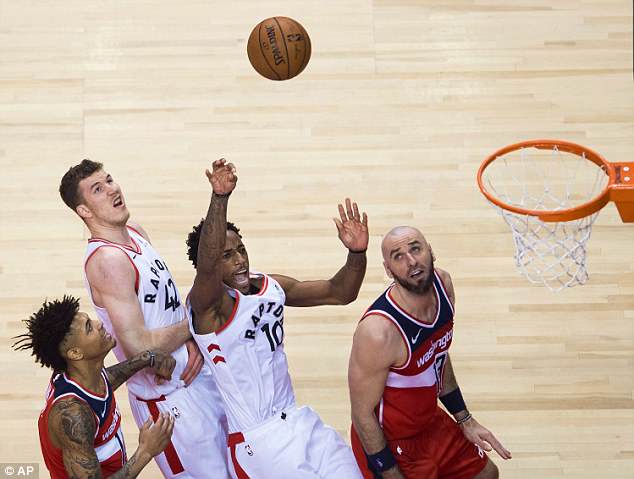 Houston will await the winner of the Utah-Oklahoma City series. The top-seeded Rockets are headed to the second round for the second year in a row after taking care of the eighth-seeded Timberwolves.

Karl-Anthony Towns led the Timberwolves with 23 points and 14 rebounds, and Jamal Crawford added 20 points. Minnesota was in the post-season for the first time since 2004.

And finally, Russell Westbrook scored 45 points and Oklahoma City rallied from 25 points down in the second half to fight off elimination and beat Utah. 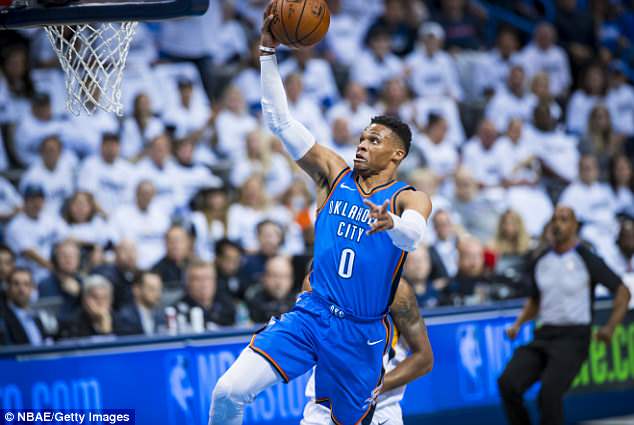 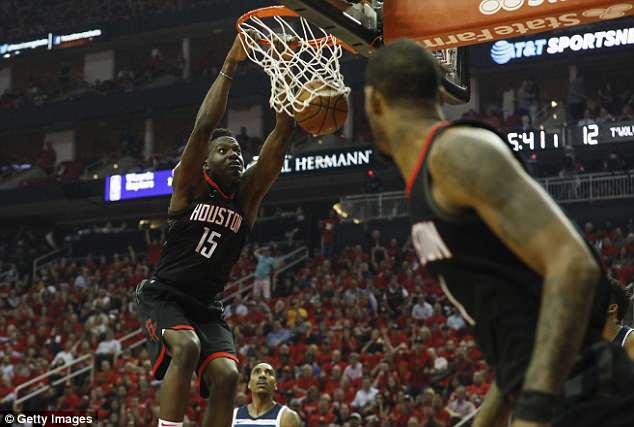 Utah takes a 3-2 lead back to Salt Lake City for Game 6 on Friday.

Oklahoma City took advantage after Utah’s post players, Rudy Gobert and Derrick Favors, got into foul trouble. Both finished with five fouls, and Oklahoma City was able to get to the basket consistently for the first time in the series.