The Lakers lost their fourth game in the last five Wednesday night as De’Aaron Fox scored 31 points to help the Sacramento Kings to a 116-111 win for their fifth straight victory.

Harrison Barnes added 20 points and Kevin Huerter had 18 to help the Kings (25-18) move into third place in the Western Conference.

LeBron James led Los Angeles with 32 points and moved to 38,104 points for his career, 283 behind Kareem Abdul-Jabbar for the all-time NBA scoring lead, while Russell Westbrook added 19.

LeBron James and Co. suffered their fourth defeat in five games against the Kings Wednesday 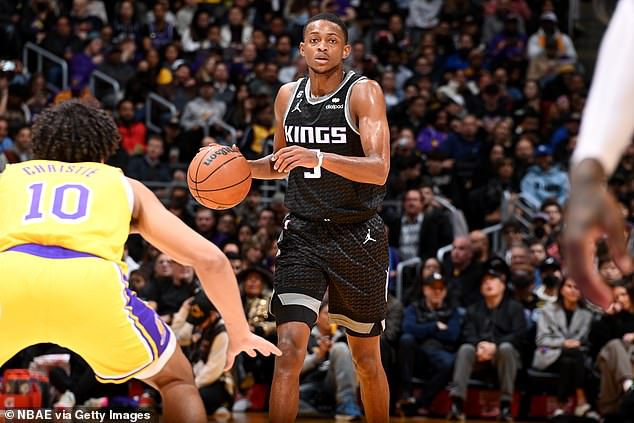 Kings center Domantas Sabonis missed the game due to illness. Coach Mike Brown said before the game it was a stomach issue that had been going around the team.

Richaun Harris started in place of Sabonis and had a season-high 16 points and 11 rebounds.

The Lakers got off to a hot start, leading by 16 points in the first quarter and holding a 39-28 lead at the end of the opening period. The Kings turned on the defense in the second quarter and took a 61-60 advantage at halftime. 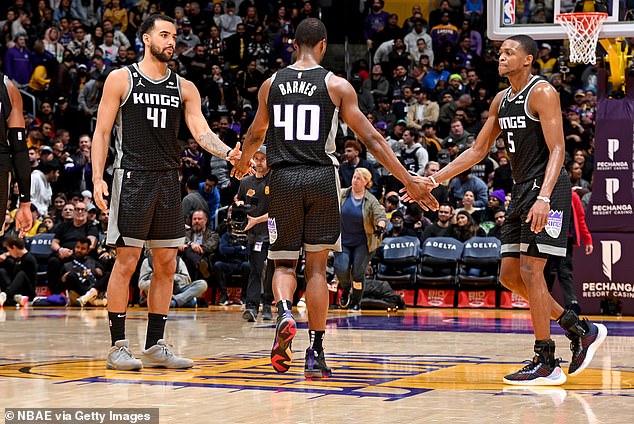 The Kings answered with a three-point play from Barnes with 50.0 seconds remaining, got a defensive stop on the other end and a free throw from Fox with 12.3 seconds left for a 112-108 advantage. The Kings sealed it with four free throws over the final 5.0 seconds.

Dejounte Murray scored 30 points, Trae Young had 18 points and 12 assists in another matchup with Luka Doncic and the Atlanta Hawks beat the Dallas Mavericks 130-122 on Wednesday night.

John Collins added 19 points as the Hawks won a season-best fourth consecutive game to get over .500 (23-22) for the first time since December 27.

Doncic scored 30 points but fell to 4-3 in head-to-head meetings with Young since they were traded for each other as top-five picks on draft night in 2018. Doncic went third overall and Young fifth.

Murray and Collins combined to go 7 of 11 from 3-point range as the Hawks shot 57 percent from deep and 50 percent overall on a hot-shooting night for both teams. Dallas was 52 percent overall.

Christian Wood had 22 points and nine rebounds for the Mavericks. 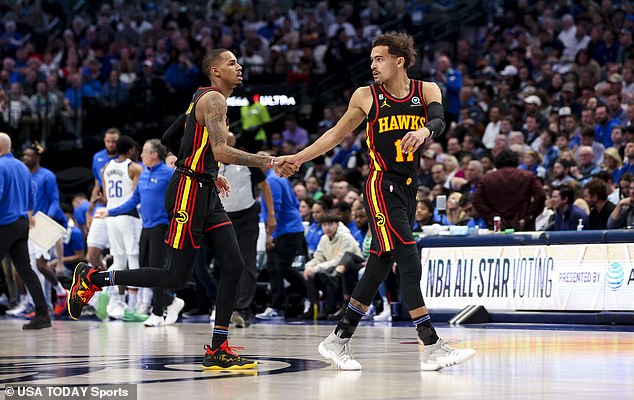 Steven Adams tipped in the winner with 16 seconds left. Adams was in position to tip in a miss by Morant, and Dillon Brooks preserved the victory by blocking Garland´s 3-point try at the buzzer. 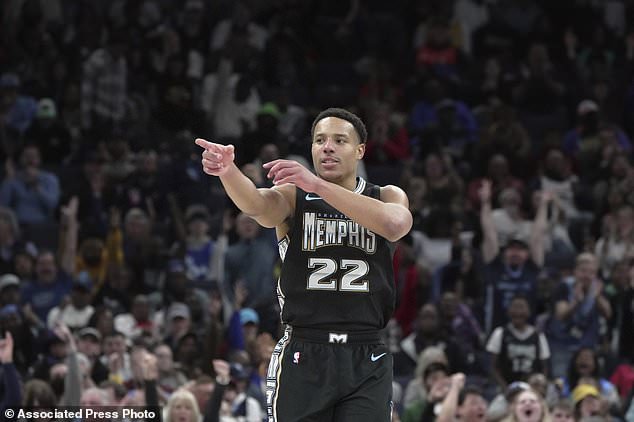 Shai Gilgeous-Alexander and Isaiah Joe each scored 23 points and Oklahoma rolled past Indiana for its fourth straight victory.

Joe, a reserve, tied a career high with seven made 3-pointers in just 22 minutes. 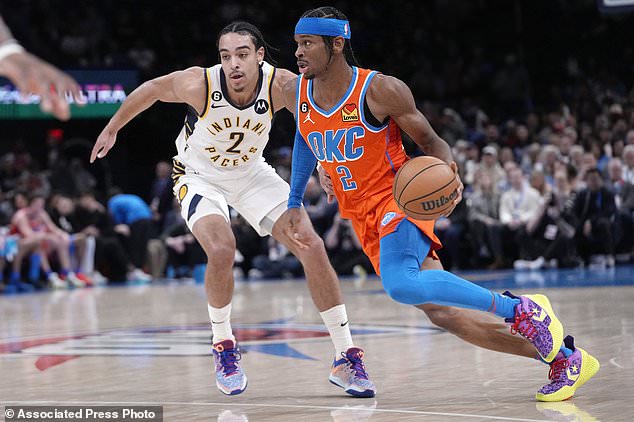 Kyle Kuzma scored 27 points, Bradley Beal had 18 in his return from a five-game absence and Washington never trailed against New York.

Kuzma also had 13 rebounds and seven assists. Beal shot 7 for 11 after being sidelined by a strained left hamstring. The Wizards went 1-4 without him.

Kristaps Porzingis had 22 points, 11 rebounds and five assists for Washington against his former team. 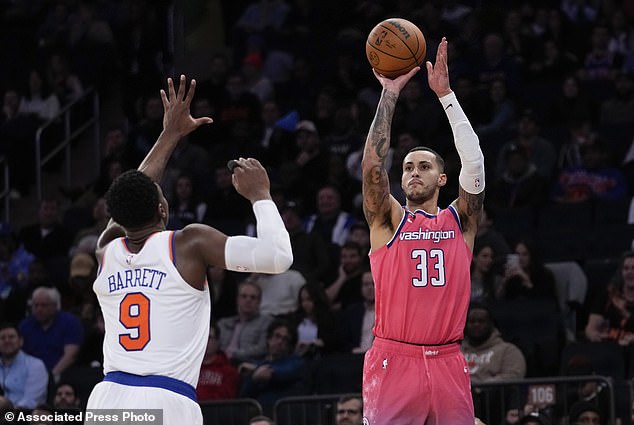 The Hornets, who have the worst record in the Eastern Conference, got their first win since Jan. 6 over the hapless Rockets. Houston, which has the NBA´s worst record and hasn´t won since Dec. 26, has lost a season-high 12 straight.

Jalen Green tied a career high with 41 points to lead the Rockets. 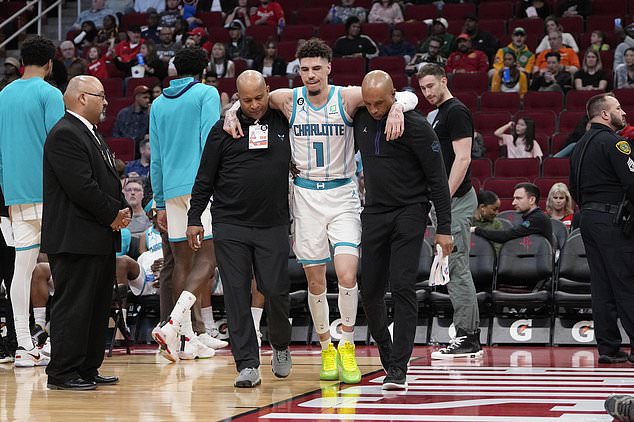 Markkanen returned after missing two games because of a bruised hip. He made six 3-pointers and had his 11th game with at least 30 points this season.

The Jazz led wire-to-wire and by as many as 25 points over the weary Clippers, on the second game of a back-to-back set, without Kawhi Leonard and Paul George. 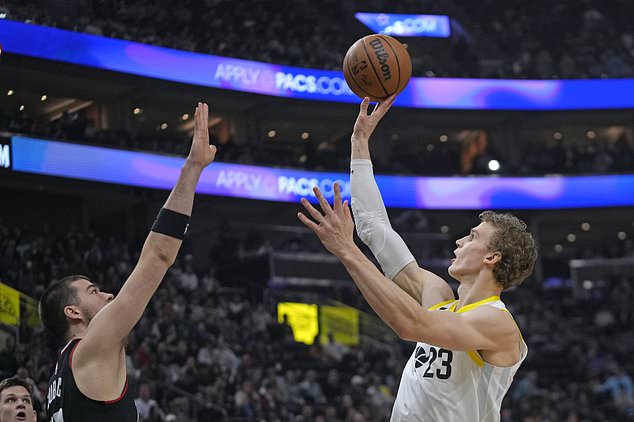 Bam Adebayo scored 26 points and Miami led comfortably from the first quarter on against New Orleans.

Jimmy Butler added 18 points and Gabe Vincent hit four 3-pointers as part of a 16-point night for the Heat. They never trailed and led for all but the first two minutes en route to their fourth victory in five games.

CJ McCollum scored 21 points for Pelicans. They´ve lost seven of 10 while playing much of that stretch without star power forward Zion Williamson. 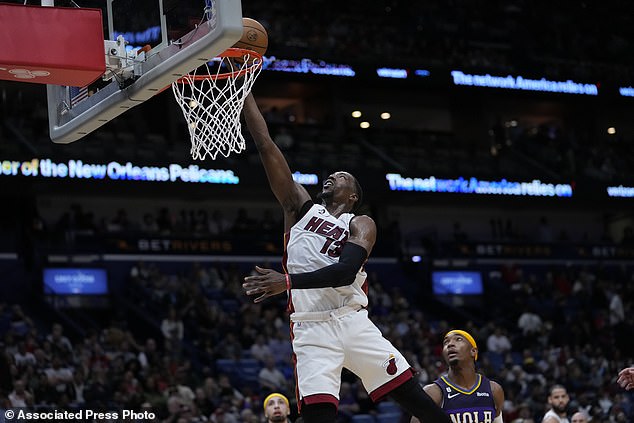 Jamal Murray hit a go-ahead floater with 55.9 seconds remaining, Nikola Jokic broke Denver’s record for assists on the way to his 14th triple-double of the season, and the Nuggets rallied for a 122-118 victory over the Minnesota Timberwolves on Wednesday night.

Murray scored seven of his 28 points in the fourth quarter to help the Nuggets win their 15th straight at home.

Jokic finished with 31 points, 13 assists and 11 rebounds as he navigated foul trouble. The two-time reigning NBA MVP passed Alex English for the most assists in team history. Jokic has 3,686 career assists in 568 games — English recorded 3,679 over 837 games in a Denver uniform 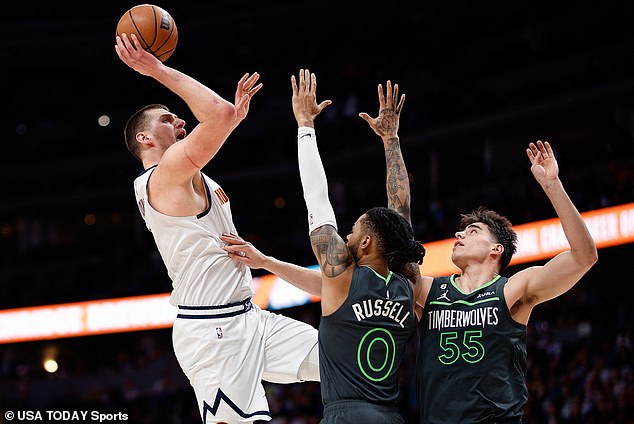