He and his wife Crystal welcomed their third child last week.

And on Monday, Ne-Yo shared the first images of the newborn baby girl to his Instagram as he proudly introduced his social media followers to Isabella Rose.

The adorable infant, who was born four weeks early, was dressed in a onesie and a hat and gazed sleepily into the camera.

Adorable: : Ne-Yo proudly introduced his newborn baby girl Isabella Rose on Instagram Monday. The infant was dressed in a onesie and hat and gazed sleepily at the camera

In the caption, Ne-Yo – real name Shaffer Chimere Smith – wrote: ‘Welcome to the world lil’ mama. And know that I got you thru when, where and whatever. Now and forever.’

The star, 41, continued: ‘You got 3 big brothers and a big sister that all love you and got your back too. Not to mention a whole tribe of friends and family.’

He ended by thanking his wife ‘for this gift of a little princess. I LOVE YOU.’ 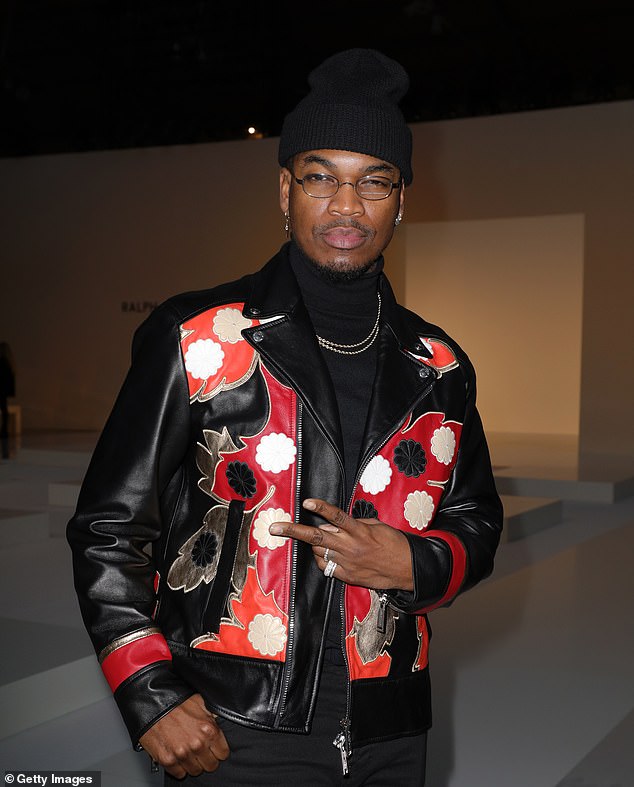 Proud dad: In the caption, Ne-Yo – real name Shaffer Chimere Smith – wrote: ‘Welcome to the world lil’ mama…. You got 3 big brothers and a big sister that all love you and got your back too’ 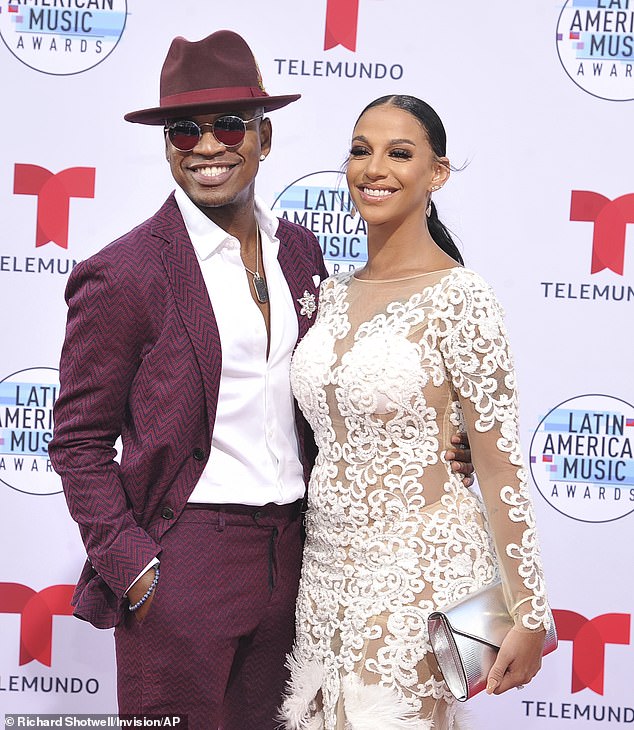 Expanding family: The baby girl is the third child and first daughter for Ne-Yo, 41, and his wife Crystal (pictured in 2019), and the 41-year-old singer and producer’s fifth child

He and Crystal, who married in 2016, are also parents to sons Roman Alexander-Raj, three, and Shaffer Chimere Jr., five.

The hitmaker also has a son Mason Evan, nine, and a daughter Madilyn Grace, 10, from a previous relationship.

‘Born at 11:11 am (lucky lil lady) 5 lbs 7 oz of perfection My world is finally complete,’ Crystal captioned a photo from the delivery room. 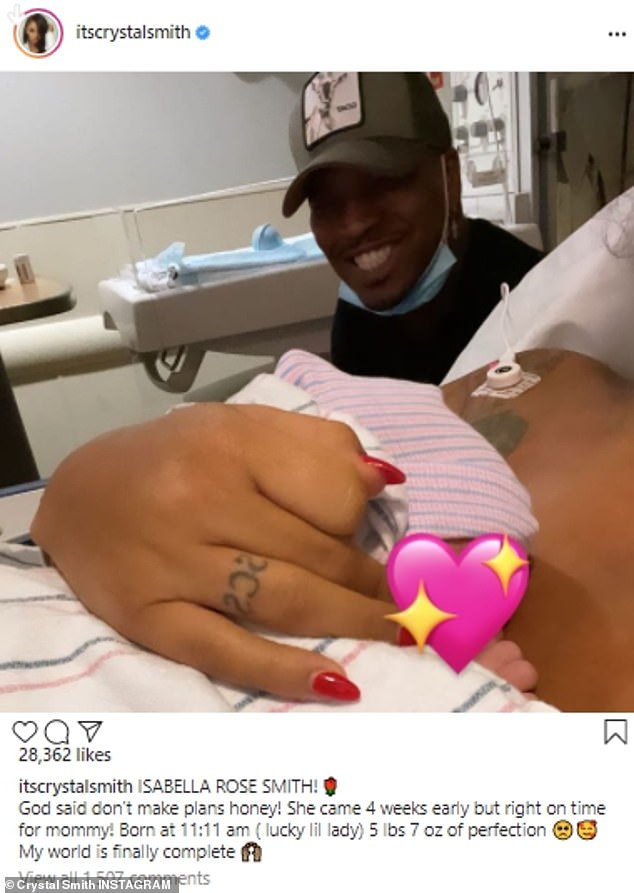 Couldn’t wait: : Crystal announced her daughter’s birth on Instagram on Friday and revealed that the baby girl had arrived four weeks early 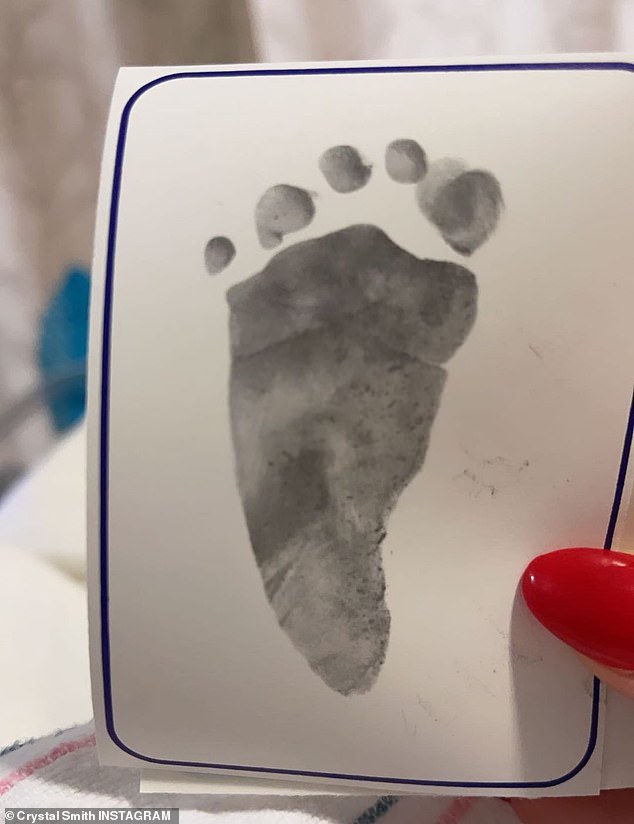 So cute: Taking to her Instagram Stories, Crystal also shared a sweet photo of her newborn’s footprint

In March, Ne-Yo admitted Crystal stopped him from getting a vasectomy before they got pregnant with their third child.

The So Sick hitmaker told TooFab: ‘She decided that she doesn’t want any more children, and I’m following her lead on that … No, no , no – not getting the surgery.

‘Now mind you … my plan was to get the surgery, but she was like, ‘No, no, no, don’t get the surgery because if we ever decide we do want anymore kids then we can’t do it.’ I’m like, ‘You just said you didn’t want more kids?’

‘And she was like, ‘I don’t want no more kids right now, but what if I want some…’ I’m like, ‘Oh.’ So this last one is the plan, and then if God decides he wants us to have some more, I guess we’ll have some more.’ 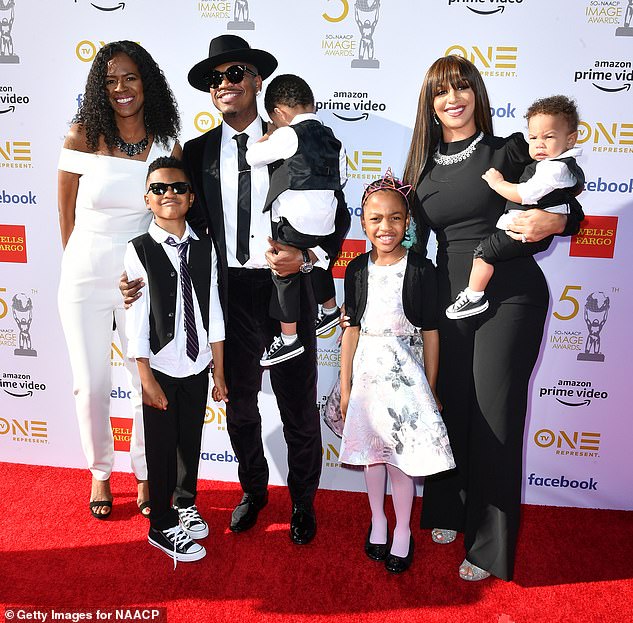