Nearly half of British motorists fear the UK’s pothole-riven roads are getting worse, with rural areas the hardest hit

Half of Britain’s 41million drivers think the nation’s crumbling roads are getting worse.

Forty-nine per cent of motorists said the condition of their local roads – those other than motorways and A-roads – had deteriorated in the last year, according to the RAC.

The majority blamed potholes and other surface issues. Just 11 per cent said conditions had improved, and 40 per cent said there was no real change.

For years, councils have been criticised for leaving potholes for months before filling them.

Town halls – responsible for local roads while motorways and A-roads are looked after by Highways England – say they need almost £10billion to fix the backlog of repairs. Even then, they estimate it will take a decade to complete the work.

The RAC report, based on a survey of 1,800 drivers, suggests rural areas are the worst-hit. 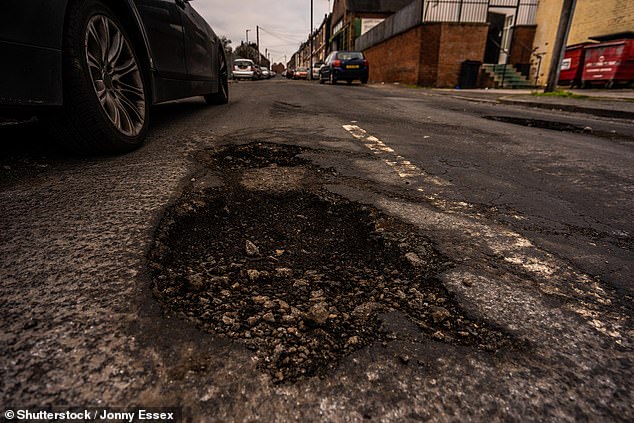 For years, councils have been criticised for leaving potholes for months before filling them

Some 58 per cent of drivers in the countryside said roads had worsened, compared to the 49 per cent average.