Neco Williams was forced off in the opening stages of England’s Group B clash with Wales, after bravely defending a Marcus Rashford shot with his head.

The Nottingham Forest right-back initially went down and received attention on the pitch from his side’s physios in the 24th minute, before deciding to carry on with the game after being given an all-clear.

However he went down once more just 12 minutes later, with Connor Roberts taking his place in a concussion substitute in the 36th minute of the game.

‘You are never going to do that (bring yourself off), that’s the problem you’re never coming off the pitch,’ said Jermaine Jenas on commentary duty for BBC One.

‘It has to be taken out of your hands. Why would he want to come off? It’s a massive game.

‘You feel for him. I feel for Williams, as you said he has given everything in this shirt, always does for club and country.’ 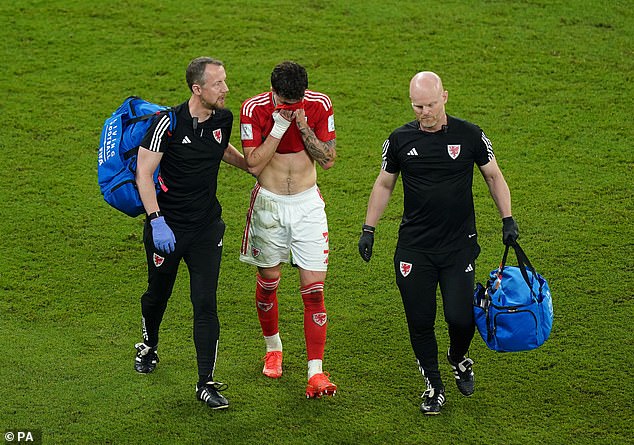 And Sportsmail’s Chris Sutton has lead the criticism of the decision to allow Williams to continue, despite suffering a clearly hefty blow to the head.

‘Wales take off Neco Williams 10 or so minutes after the initial head injury… totally unacceptable but the norm for football…’ he wrote on Twitter.

But the former Blackburn and Celtic forward was not alone, with viewers quick to slam the decision to leave the 21-year-old on the pitch for so long. 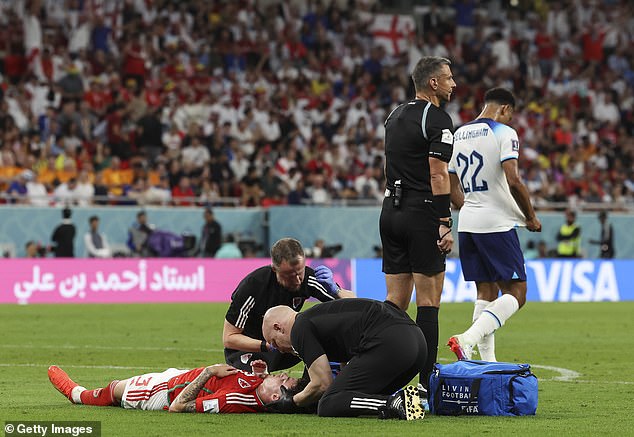 🗣️ “That’s like taking a blow from a middleweight”

‘How long did Neco play on for there? 10 minutes?’ added one viewer. ‘Another example of football failing players with head injuries.’

‘If you’re having to come on for a SECOND time for a head injury, He’s got to go off,’ claimed another.

‘It’s not good enough from the medical team that they’ve let him carry on tbh.’

In England’s opening game with Iran, similar clamor arose after Iranian goalkeeper Alireza Beiranvand remained on the pitch despite a sickening collision with one of his defenders.

And many fans were quick to point out that head injury rules should be assessed, with many claiming that there was still improvement that needed to be made, despite the introduction of concussion substitutions in recent years.

‘Footballs treatment of head injuries is still so poor,’ wrote one fan. 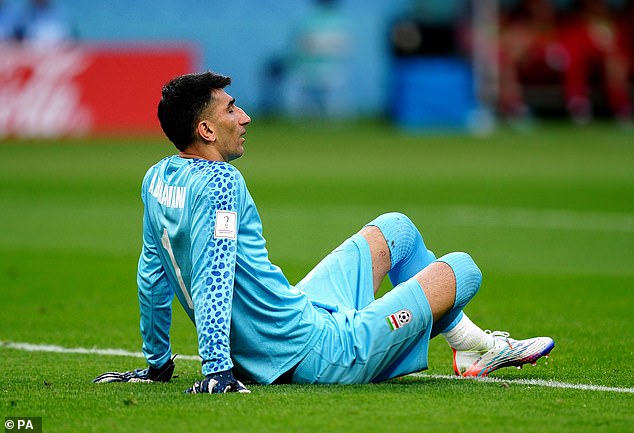 ‘If a player is feeling ANY issue after a head injury – THEY NEED TO LEAVE THE PITCH – END OF STORY!!’ said a fourth.

And a final viewer went further still, stating that the current state of head injury protocol leaves them ‘so angry’.

‘The lack of concussion protocol in football makes me so angry,’ they wrote on Twitter.

‘How can a sport being shown all over the world not have stricter rules when it comes to head injuries?’

Although concussion substitutions allow teams to make a sixth change in the game at the World Cup to allow for players to come off, Alan Shearer has already reignited the call for temporary substitutions.

‘It has to come, I would say to IFAB what an earth are you waiting for,’ the former Three Lions striker said at half-time on BBC One’s coverage of the game.

‘Doctors and physios are trying to buy time, bring him off and assess him. What are they waiting for? Do it now!’ 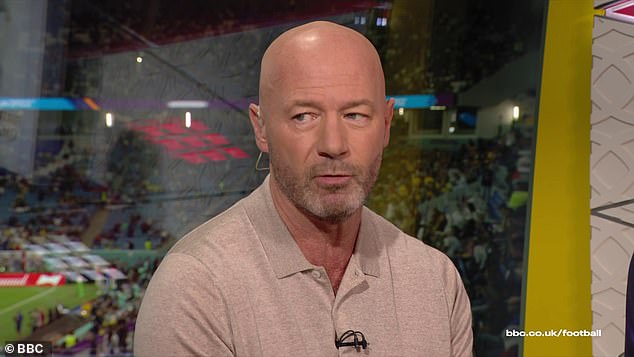