A Perth mother has claimed she unintentionally bit down on a rusty needle that was inside her bag of coleslaw from supermarket giant, Coles.

Helen Patton, says she purchased the $2 salad on Boxing Day from Coles in Claremont Quarter, after flying home from Melbourne earlier that Monday.

On her first mouthful of the salad, Ms Patton believed she had bitten on a hard stick of coleslaw, only to remove a large, rusted needle from her mouth.

A mother claims she has bitten down on a rusty needle (pictured) that was inside her bag of coleslaw she bought from the Claremont Quarter Coles, Perth, on Boxing Day

She was luckily not injured by the needle, telling 7News: ‘I didn’t chew it, I didn’t cut myself so I wasn’t injured, I was just shocked that it was it there.’

Communication Director of the Food Safety Information Council, Lydia Buchtmann, told Daily Mail Australia that ‘these issues are very rare and we have a strong enforcement system to investigate this sort of thing’.

After Ms Patton contacted the Claremont Quarter store after the find, a Coles Customer care representative responded to her the following day.

‘We are very concerned to hear this and we would like to extend our apologies,’ the representative told Ms Patton.

‘Please be informed that this incident will be referred to the police for investigation.’

Ms Patten is now urging the store to consider a recall of the product.

‘Someone could have impaled their mouth, they could have swallowed it and I think it has quite lethal potential,’ she told 7News.

The ACCC states on their website that ‘if a product is a risk to safety, or it does not comply with a mandatory standard or product ban, the seller may need to recall it’. 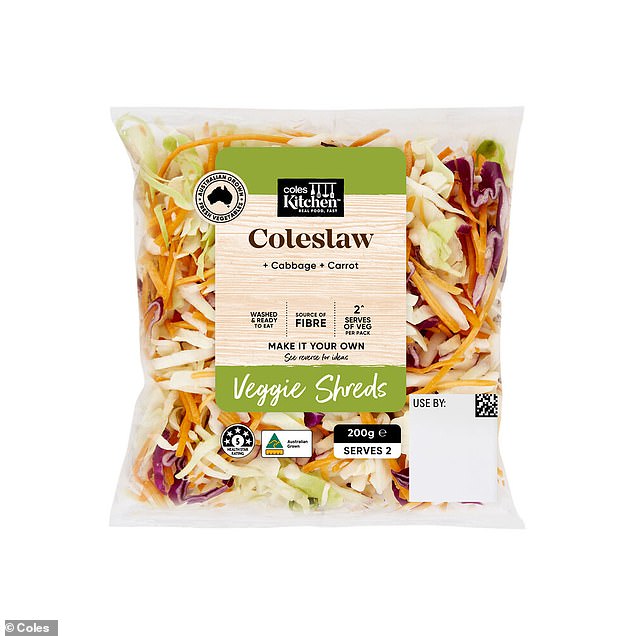 Coles told Ms Patton it would refer the incident involving its coleslaw (pictured) to police for investigation, four years after the 2018 strawberry needle contamination saga

The incident bear similarities to the needles-in-strawberries incident of September, 2018, when 186 punnets of strawberries grown in Queensland and Western Australia were found to have had needles spiked into them.

A man was hospitalised after biting into a contaminated strawberry, prompting a cross-Tasman health crisis with stores across Australia and New Zealand removing strawberries from shelves.

In November of that year a 50-year-old farm supervisor was charged with seven counts of contaminating goods, all related to one of the initial cases of contamination.

However all charges were dropped in 2021, with the prosecution believing that having the charges stick was unlikely.

‘We take contamination of products seriously and are working directly with the police who are now investigating this incident,’ a spokesperson for Coles told Daily Mail Australia.

They also say that there have been no further reports of contamination beyond this incident, no items of this type are permitted on site and sealed packs of product are metal detected before leaving the site