The tradie, the breathtaking view and a garish sign that’s cost him $36,000: Neighbourhood war erupts over illuminated crane which blocked Sydney Harbour views

A building firm has copped a whopping $36,000 fine after erecting a garish sign which blocked angry residents’ view of Sydney Harbour.

Bay State Construction mounted an illuminated sign of its name on a crane while building a block of apartments in Darling Point, east Sydney, in 2017 and 2018.

A resident on Darling Point Road said the sign ‘completely’ spoiled his harbour view and kicked off a lengthy court battle by filing a complaint to Woollahra Council.

A neighbourhood feud and lengthy court battle erupted when a resident in Darling Point (pictured), east Sydney, complained a sign on a construction company crane ruined his view 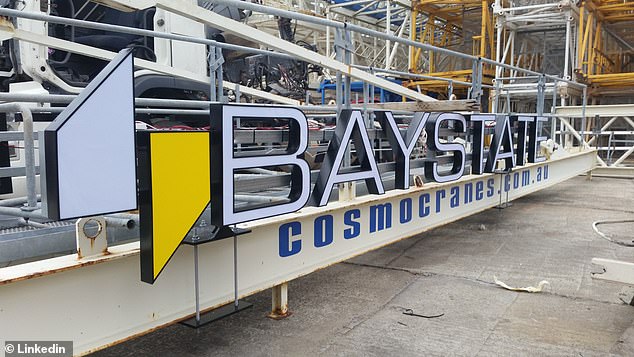 The neighbour lodged the complaint over the sign on Loftus Road in December 2017, the NSW Land and Environment Court heard on Monday.

‘He said it ‘completely spoils’ his night-time view across Sydney Harbour towards the Harbour Bridge and the Opera House,’ Chief Judge Brian Preston said.

Woollahra Council determined the sign, which was in place from August 2017 to December 2018, was a ‘prohibited development’.

The crane was found to be located in a medium density residential zone where advertising and business identification was prohibited.

Bay State was issued with two penalty infringement notices and was later summoned to NSW Local Court in August 2018.

The Local Court found Bay State guilty of three offences of carrying out a prohibited development and issued a total fine amount of $36,000 and $8,000 in court costs.

Bay State lodged an appeal against the fine on the grounds that it was ‘individually and cumulatively excessive’.

The builder argued the sign was displayed over a single period of time rather than three separate occasions and said the fine was ‘manifestly excessive’. 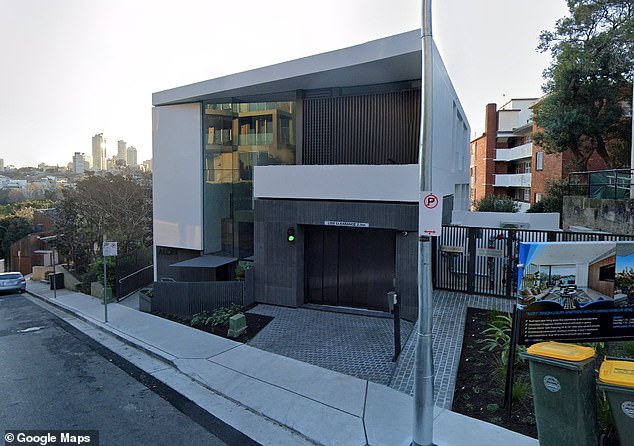 Bay State Construction mounted an illuminated sign while building an apartment block (pictured) in 2017 and was fined $36,000 for carrying out prohibited development

NSW Land and Environment Court heard Bay State Construction had received incorrect legal advice and also ‘noted that there was only one complaint made’.

Woollahra Council said ‘the development resulted in significant harm’ that had extended for at least 12 months.

Justice Preston said the neighbour only noticed the illuminated sign between December 2017 and March 2018 and the unlawful development was ‘minor’.

He determined the harm from the sign was ‘confined to only one person’ for a limited period of time but said no changes should be made to the original fine.

‘There is no justification for disturbing the order for costs made by the Local Court.

‘A just and appropriate sentence is a fine of $36,000,’ Justice Preston said. 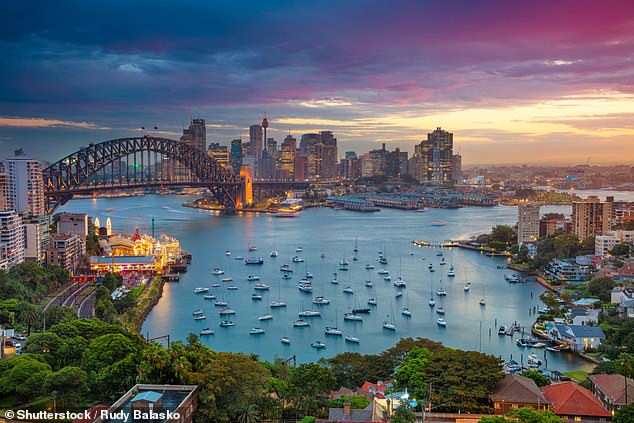 The construction company appealed the fine but were ordered to pay the $36,000 as the sign had caused harm by obstructing the resident’s harbour view (Sydney Harbour pictured)