She recently enjoyed a whirlwind getaway to New Zealand.

And it seems Olympia Valance may have forgotten to tie up all her loose ends before jetting away for the festive season, if her latest Instagram Story is anything to go by.

Taking to her popular social media page on Christmas Eve, the brunette beauty uploaded a photo of a wilted potted cactus along with the caption: ‘My cactus is cactus.’

Prickly situation! Neighbours actress Olympia Valance, 24, was mocked by her co-star for managing to kill her potted cactus this week

She followed up with a screen-grab showing a message she had received from Neighbours co-star Mavournee Hazel, which read: ‘You killed a cactus. They survive the desert’.

On Wednesday, the actress took to Instagram to share a picture of herself relaxing in a hot tub overlooking the country’s picturesque mountains. 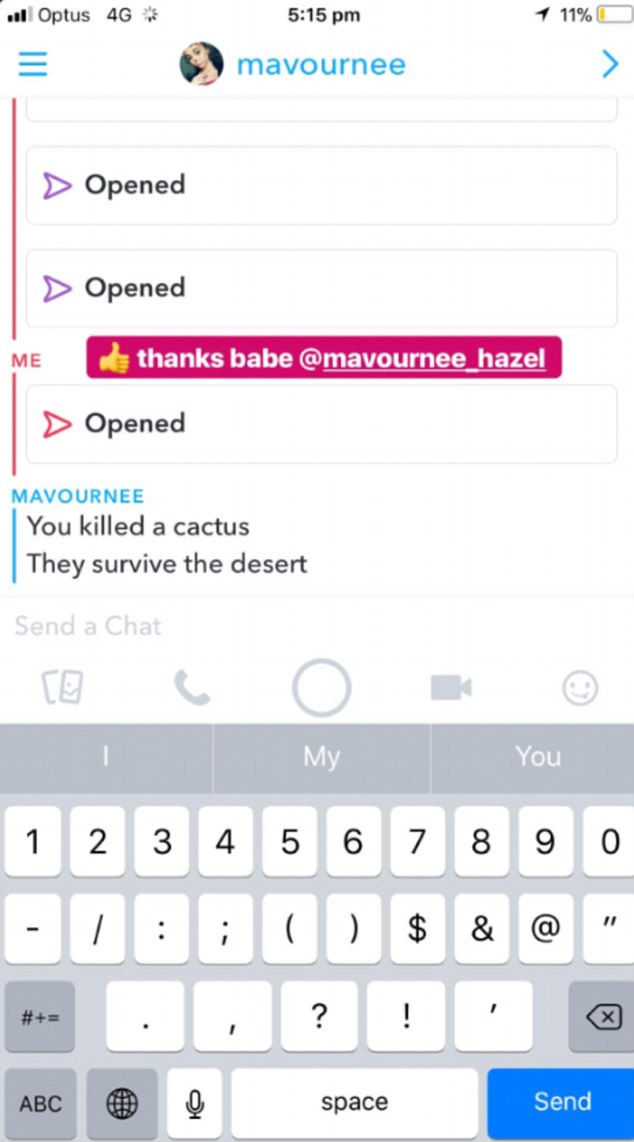 Quite an achievement! She followed up with a screen-grab showing a message she had received from Neighbours co-star Mavournee Hazel, which read: ‘You killed a cactus. They survive the desert’ 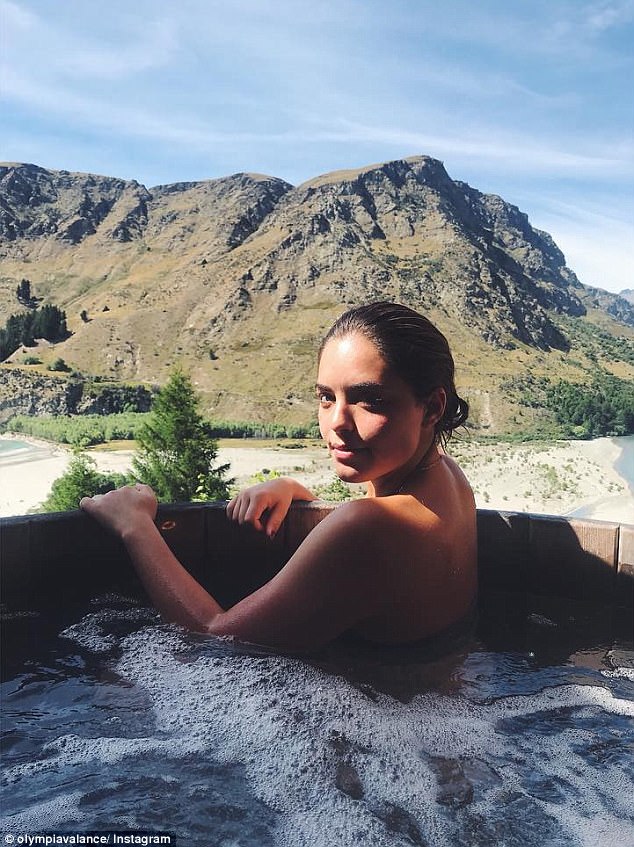 The actress gave a sultry pose with her hair pulled back in the snap, while a subsequent image featured Olympia flaunting her flawless figure in a bikini in the tub.

Despite previously saying she has plans to move to Hollywood, the actress encouraged her fans to head to the land of the long white cloud.

‘To all the Aussies who have never done the very short 3 and a half hour flight to Queenstown like I had never done… do it,’ she posted. 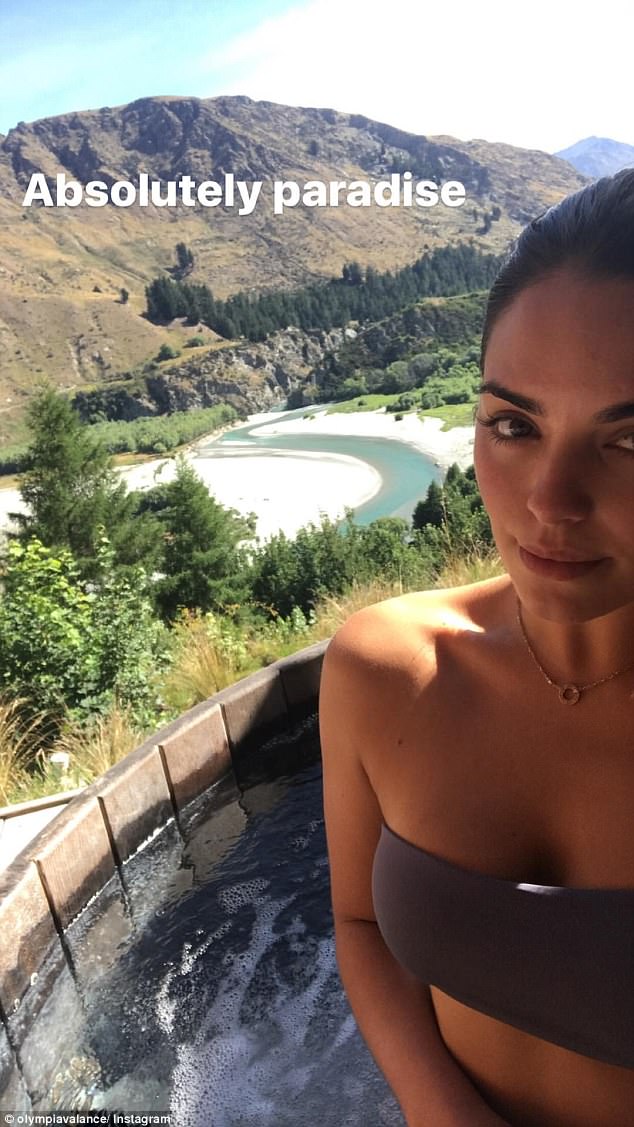 Taut: The actress showed off her toned tummy while in the New Zealand’s hot pools

The actress added: ‘It’s the most spectacular place I have ever visited. We all know a kiwi friend… get them to take you.’

On Monday, the thrill-seeking Olympia took to her Instagram stories ahead of her bungee jump, which saw her free-fall a staggering 43m.

The soap star cut a casual figure in a white long sleeved top and khaki trousers as she donned a black harness. 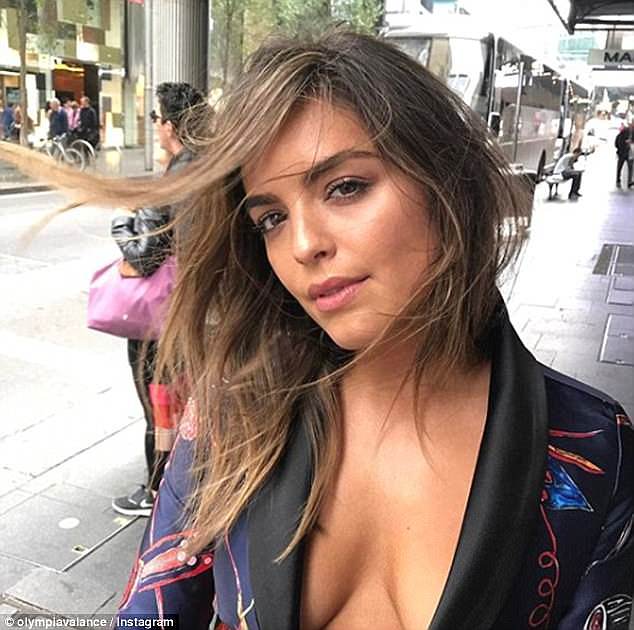 Taking the plunge! The actress has shared a number of racy shots from her New Zealand holiday

She captioned it: ‘Best thing I’ve ever done’.

The adrenaline junkie enjoyed the bungee jump so much, she decided to do it all over again, sharing a shot of herself looking terrified as she teetered over the edge of bridge.

Feeling brave, Olympia decide to fall backwards- which is harder than falling front on. 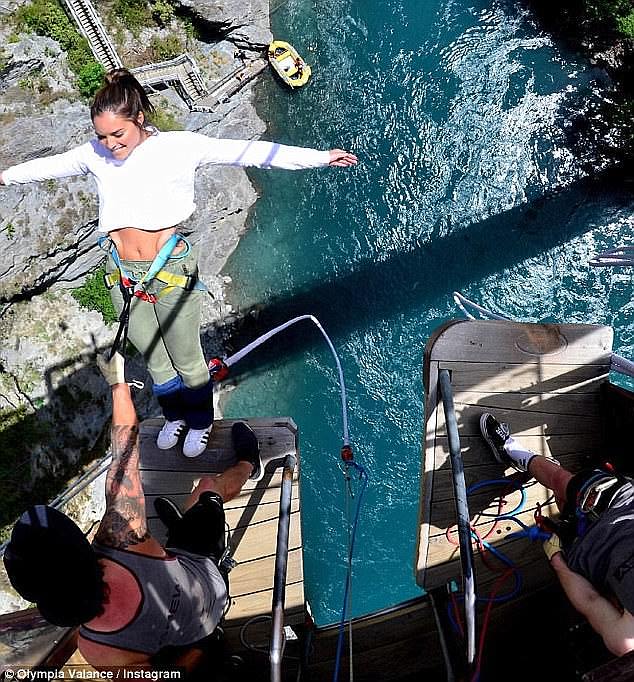 Thrill-seeker: The daredevil actress, 24, completed a bungee jump backwards at a height of 42 metres

The actress, who plays Paige in Neighbours, has been keeping her fans updated as she enjoys her sun-soaked holiday.

Taking to Instagram on Saturday, the brunette beauty shared a short video that showed her cavorting in a spa while flaunting her enviable figure at Queenstown’s Millbrook Resort.

She wore a lilac-coloured two-piece that flaunted a generous amount of cleavage while also showing off her well-toned arms and slender midriff.

Offering a cheeky expression as she sashayed through the bubbling water, Olympia kept her hair tied back in a pony tail for the dip.

Accessorising with a subtle silver pendant around her neck, Olympia looked as though the downtime was agreeing with her. 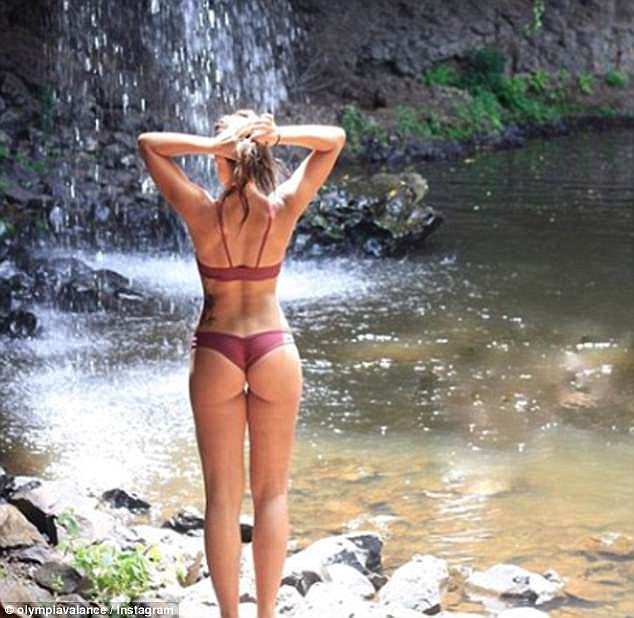 In-shape: The actress, 24, posted a number of snaps showing off her shapely figure