The children of former Labour leader Lord Neil Kinnock have shared the heart-breaking toll of ‘losing a little bit of the person you love every day’ in a searingly honest account of how Alzheimer’s has affected their mother Glenys.

Rachel, 51, and Stephen Kinnock, 52, have described the ‘slow grief’ of watching their mother’s decline since she was given the news five years ago, in a column for The Sunday Times.

The 78-year-old was an MEP for Wales, from 1994 to 2009, and under Gordon Brown briefly served as Minister for State for Europe, before becoming Minister of State for Africa and the United Nations.

The children of former Labour leader Lord Neil Kinnock have shared the heart-breaking toll of how Alzheimer’s has affected their mother Glenys. Pictured: The couple seen in 2019

But from a high-powered career in politics and as the supportive wife of Neil, who was leader of the Labour Party from 1983 to 1992, Baroness Kinnock was left ‘mortified’ as her memory gradually began to slip away.

Her children describe how the keen baker was left unable to make a birthday cake for her grandchildren, something she had taken a ‘particular pride’ in being able to do for them.

They also observe how Neil, 80, her loving husband of 55 years, might not be the one with the disease but is still the one who ‘suffers’ in watching Glenys’ decline.

Much of her personality remains, they say – the cheeky, mischievous and fun side of their adored mother.

But so too do they acknowledge how Alzheimer’s has robbed them of the woman they once knew.

They write:  ‘Our family are witness to the day-to-day cruelty of this disease, but the most painful thing is how much we miss her.

‘She’s in the same room but we can’t talk or get through to her. 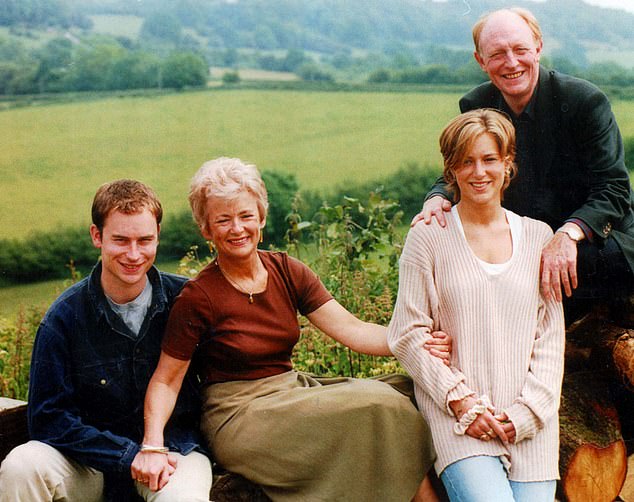 Neil and Glenys, pictured with their children Rachel and Stephen, who have opened up about the ‘day-to-day cruelty’ of Alzheimer’s, which has affected their mother since 2017

In an interview with Talk TV in May,  Lord Kinnock said the hardest part of being married to someone with dementia is ‘the knowledge that the change is going to continue and they are ceasing, very gradually, to be the person that they have been’, The Independent reports.

He added: ‘She has supported me for 50 years and I’ve been helping her out for five so I’ve got a way to go to catch her up.

‘But it doesn’t work like that as people who deal with the reality of dementia will tell you.’

He revealed that the situation is challenging, but he deals with it ‘out of love’ and acknowledged that he and his wife were fortunate to have family support and the ability to afford carers for up to five hours each day.

For others without these resources, the disease ‘can be quite devastating’.

The politician said his wife was first diagnosed following a family holiday to Kefalonia in 2016.

‘I noticed to an extent that I hadn’t before, that she was slipping words, showing a degree of confusion, which could be put down to the fact that we’re in a strange environment and so on.’

But after her son-in-law Stuart remarked on her confusion, they decided to seek medical advice.

In February 2017 she was formally diagnosed with Alzheimer’s.

According to NHS England, more than 850,000 people in the UK have dementia, with this number expected to rise to well over a million by 2025. 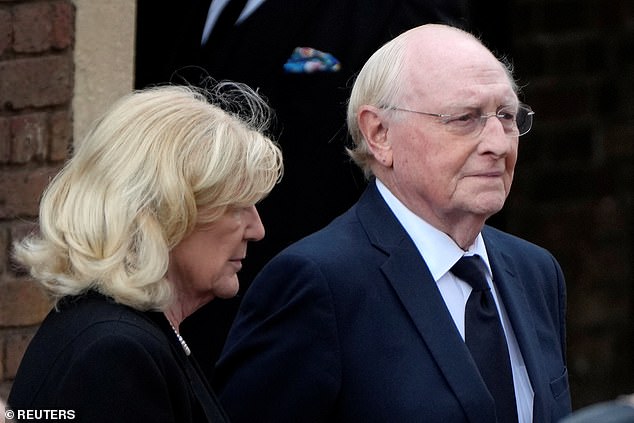 Lord Kinnock, pictured this month, said the hardest part is ‘the knowledge that the change is going to continue and they are ceasing, very gradually, to be the person that they have been’