Newnan, Georgia, which is about 40 miles west of the state’s capital, has permitted the National Socialist Movement to host a rally from 3 to 5pm.

The group organizes a rally every year in honor of Adolf Hitler’s birthday, which is on April 20.

In preparation for the rally, city officials have worked with dozens of agencies, including law enforcement, to ‘ensure the safety’ or the residents and businesses in the area, FOX 5 Atlanta reports.

An estimated 400 law enforcement officers will be on hand for the event and 100 neo-Nazi’s are expected to attend.

Newnan, Georiga, has staffed an estimated 400 police officers for a white nationalist rally on Saturday in celebration of Adolf Hitler’s birthday 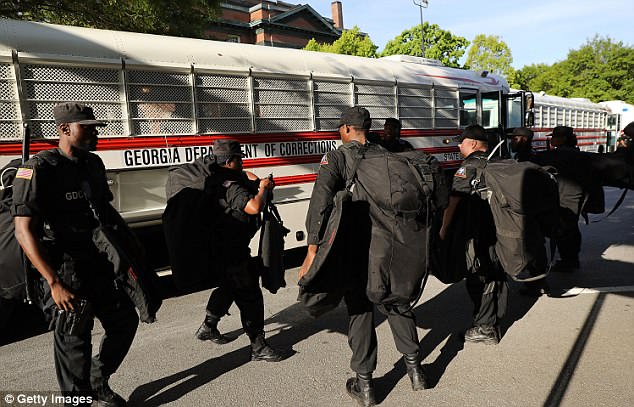 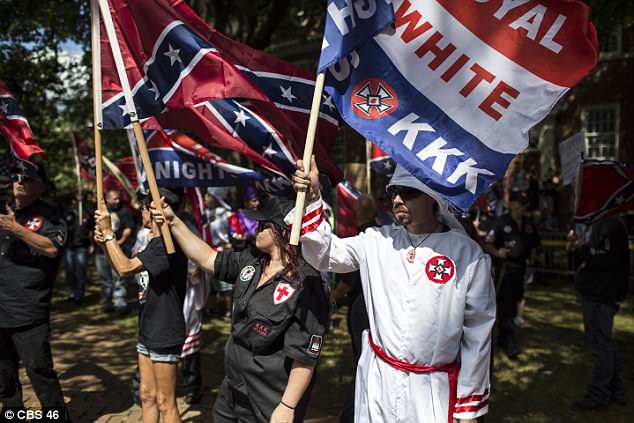 The extra safety measures include road closures and more law enforcement staff available during the demonstration, which will be held in Newnan’s Greenville State Park.

‘The City of Newnan has a responsibility to protect free speech rights, the individuals and groups that chose to exercise those rights and the broader community in which those rights may be exercised,’ the city said in a statement.

One member of the organization, Burt Colucci, told Atlanta Journal-Constitution that it was within the group’s First Amendment right to talk about these racial issues, including illegal immigration.

‘We need to round (illegal immigrants) up and put them in camps if need be. Like we did the Italians, Germans and Japanese. We are at war with the illegals,’ he told the newspaper.

The National Socialist Movement obtained a permit for the demonstration last month and the event has since sparked counter-protesters to organize their own rally.

In response to the neo-Nazi demonstration, Atlanta’s Antifa is gathering in the city starting at 1.30pm, according to the group’s website. 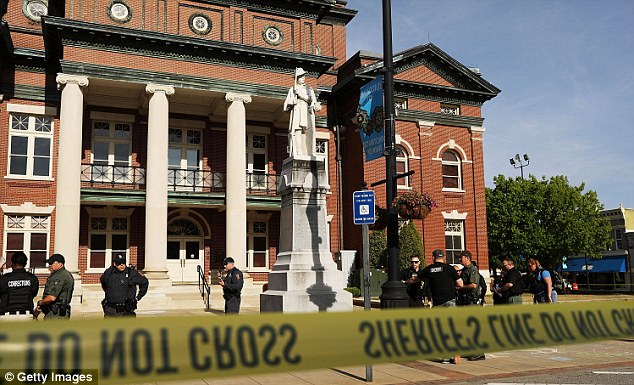 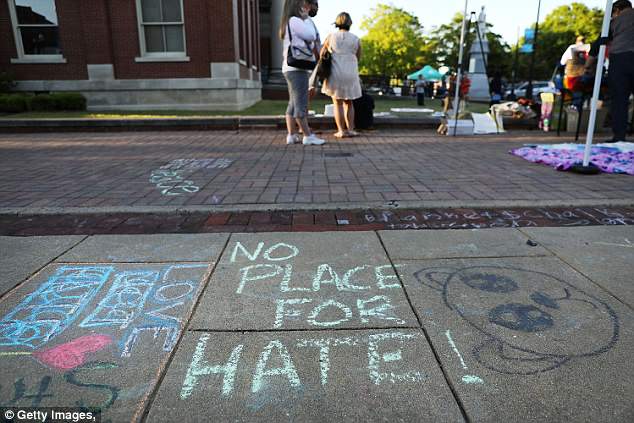 Residents of the the Georgia town have spoken against the rally saying the area is ‘no place for hate’. Some members of the community are concerned about potential violent clashes 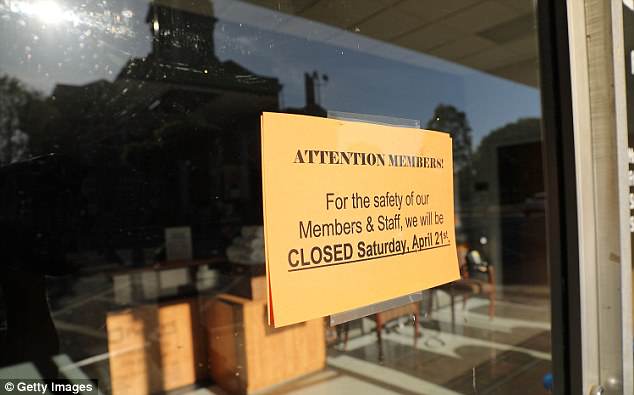 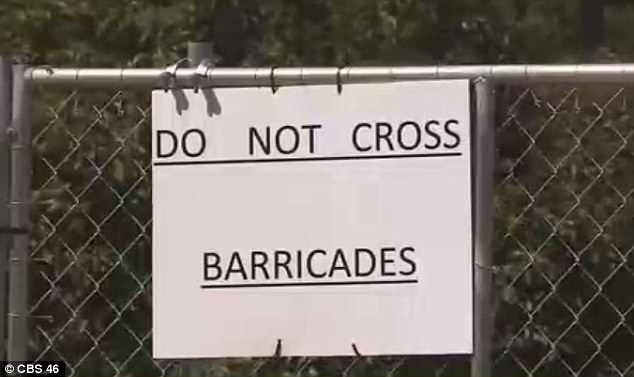 In preparation for the event, police officers have put up barricades around the area

Another group called the No Nazi Newnan coalition has chastised the city for allowing the white supremacists to rally in the first place.

In a press release Tuesday afternoon, the coalition stated that ‘city of Newnan authorities have lectured their residents about not protesting the National Socialist Movement’, the Newnan Times-Herald reports.

But members of the coalition disagree with about not counter-protesting because they believe ‘turning a blind eye’ is not going to stop ‘bigotry, hatred or violence.’

‘What is needed is a large-scale display of unity and community vigilance against organized white supremacists,’ the statement said.

Businesses are expected to shutdown amid the demonstrations and some residents are worried that the protests could turn violent if ‘troublemakers’ show up.

‘It’s scary that this is coming to our town because we didn’t ask for this,’ said Newnan resident Gina Godfrey to CBS 46.

She was trying to go to the bank Friday, but the building was already barricaded in anticipation of Saturday’s rally.

Residents’ fears about the rally stems from the Charlottesville, Virginia, white nationalist event in August 2017.

The day turned violent when a vehicle slammed into counter-protesters killing Heather Heyer, 32, and injuring 19 people. The driver, James Fields Jr, was charged with second-degree murder.