Netflix is planning an expansion into video games, report claims

Netflix is planning to add video games to its massive library of films and TV shows within the next 12 months, a new report claims.

Games will be available on Netflix at no extra cost to the standard subscription price, according to Bloomberg, although the move may make it easier for Netflix ‘to justify price increases in coming years’.

Netflix has also confirmed to MailOnline that it has just hired Mike Verdu, a former executive of Electronic Arts (EA), the successful video games firm, who will lead the expansion into games.

At EA, Verdu previously worked on mobile games including titles in the Sims, Plants vs. Zombies and Star Wars franchises.

He has also worked for Facebook and Kabam, one of the biggest creators of smartphone and tablet games.

Netflix is tapping the video games market and will release the first games on its platform in the next year, reports reveal

He was most recently vice president of content for Facebook Reality Labs, overseeing Oculus Studios, as well as teams bringing virtual reality games and other apps to Oculus VR headsets.

Although Netflix confirmed the appointment to MailOnline, it was more tight-lipped on its plans for gaming.

However, Bloomberg, citing ‘a person familiar with the situation’, claims games will become available on the platform in the next year.

‘Netflix will be building out its gaming team in the coming months, according to the person familiar with the matter,’ the Bloomberg report says. 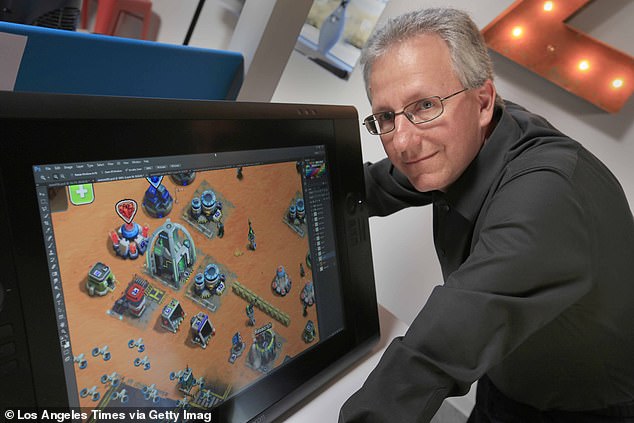 Pictured Mike Verdu, who has been hired by Netflix to lead the company’s expansion into video games

Netflix’s expansion comes at a time when the company is looking at new ways to draw in subscribers in an attempt to stave off fierce competition from the likes of Disney+ and HBO Max.

As Netflix doesn’t host adverts on its platform, it relies on its monthly subscription charge to generate revenue.

‘Video games give Netflix another way to lure new customers and also offer something none of its direct competitors currently provides’, Bloomberg says.

The closest Netflix has come to gaming was Bandersnatch, the interactive episode of Black Mirror, released in 2018.

Bandersnatch requires the viewer to ‘choose their own adventure’ by selecting one of two options at different points during the episode. 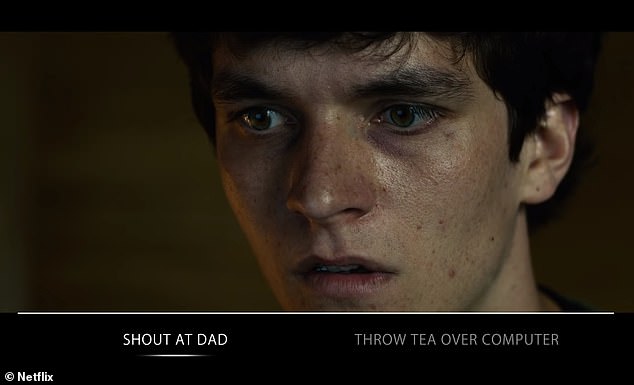 Screenshot from Bandersnatch. The episode lets viewers make a number of binary choice decisions to drive the story forward

‘The opportunity before us is to expand our slate of interactive innovations and capabilities, including but not limited to new types of features, game-like experiences, and different ways of interacting with stories.

‘It’s time to reimagine the future of entertainment yet again.’

Netflix had previously released interactive programmes for children, starting in 2017 with Puss in Book, a Shrek spin-off.

In May, it was reported by The Information that Netflix had approached veteran executives in the industry to lead its gaming efforts.

Netflix has done some ‘very basic things’ in the gaming industry, said co-CEO Reed Hastings on the company’s most recent earnings call in April. 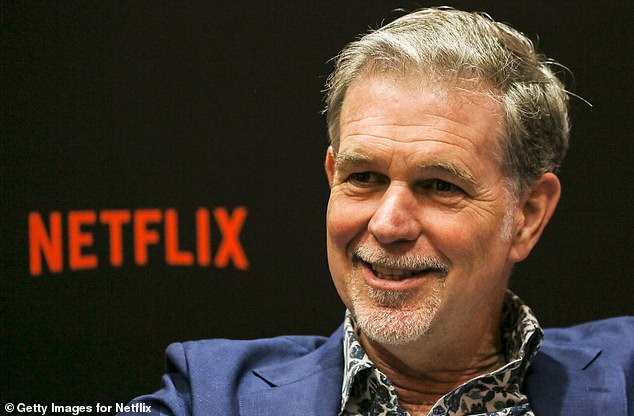 ‘In ways, we’re kind of in gaming now because we have Bandersnatch and, you know, we have some very basic interactive things,’ Hastings said.

N-Plus would feature behind-the-scenes content for its TV programmes and films, as well as podcasts, user-generated playlists, how-to videos and more.

From the survey, it sounds like N-Plus could also consist of some kind of encyclopedic database, akin to Wikipedia or IMDB.

The survey, which was first noticed by Protocol, asks users how they would feel about such a service, which it called a ‘future online space’.

It also launched Netflix.Shop in June – an online store that lists a range of clothing, apparel and collectables related to Netflix shows.

At the end of April, Netflix’s shares tumbled more than 10 per cent following cooling growth in paid subscriptions that had spiked during the start of lockdown.

Roughly 3.98 million people signed up for Netflix from January through March this year – down fourfold on the same period last year when first-time users turned to the service to help them through the pandemic.