Netflix could face further financial hardship after revealing its subscriber numbers had dipped by 970,000 in the second quarter – as it was further blasted over woke shows.

On Tuesday, the streaming giant unveiled the subscriber loss, although it was nowhere near as bad as the two million lost customers some analysts had predicted.

But coming in the wake of a first-quarter loss of 200,000 subscribers, Netflix now faces an uphill battle to regain the $690.31 share price it enjoyed just last October.

Tuesday’s better-than-expected bad news meant share prices closed up 5.61 per cent – although the current $201.63 price-per-share still sits far below the heights of less than a year ago.

During after-hours trading, shares continued to jump, and sat at around $218 shortly before 6pm EST.

But Netflix will face its first full day-of-reckoning when the markets open on Wednesday morning – and there’s no guarantee the streamer won’t see another share price slump.

The huge decline in subscriber numbers is seen by many as a direct consequence of Netflix’s late response to demands from its audience to tone down their woke agenda.

Netflix shares closed up 5.61 per cent at 201.63 after a less-bad-than-feared slump in subscriber numbers. But the firm’s share price still sits way below the record high of $690.31 it enjoyed in October 2021 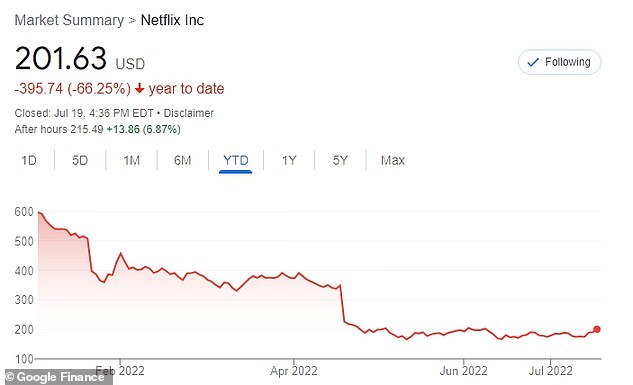 A longer-term look at Netflix’s stock price reveals that, despite Tuesday’s jump, its value sits 66 per cent lower than it did at the start of 2022. And there’s no guarantee the firm won’t face another slump when the markets open again on Wednesday morning

After stocks nosedived from nearly $700 to as low as $166 over the course of six months, the company rushed to send a ‘culture memo’ telling staff if they were offended by the content they worked on, perhaps Netflix was not the place for them.

The bold move seemingly had an effect on consumers’ perception.

Netflix’s vow to allow artists to express themselves freely followed the cancellation of several of its iconic progressive programming.

Meghan Markle’s ill-fated project ‘Pearl’ and  Dr. Ibram X. Kendi’s Antiracist Baby are part of a wave of cutbacks prompted by Netflix’s drop in subscribers in the first quarter.

Pearl, which focused on 12-year-old Pearl’s exploring achieving women throughout history, was only in the development stage.

But it has also produced ‘woke’ content such as He’s Expecting, which depicts a man who becomes pregnant.

Viewers have blasted the company, saying they had no interest in ‘patronizing, virtue-signaling lectures.’ 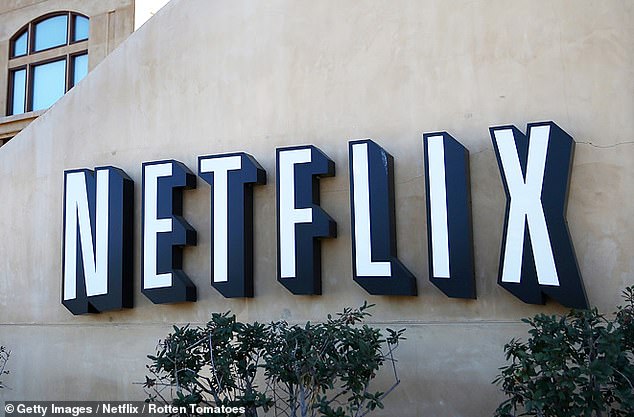 Netflix continues to reel from the consequences of its ‘preachy and woke’ title selections as it announces 970,000 lost subscribers in its second quarter. The scenario is not nearly as catastrophic as Netflix expected, with the embattled streaming giant having prepared to shed two million subscribers 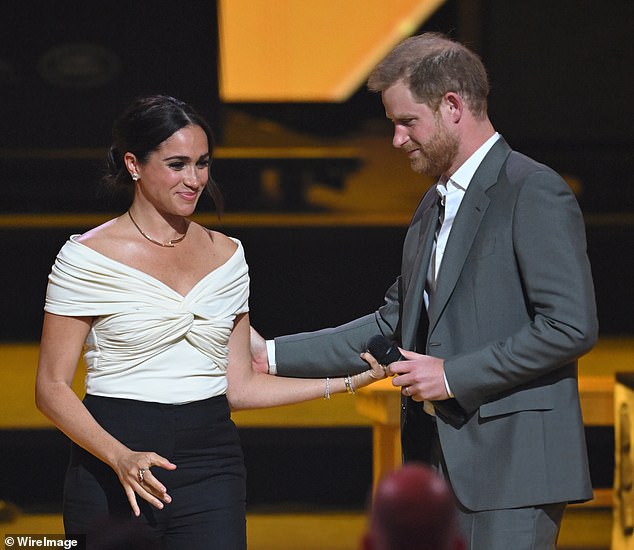 Meghan Markle’s ill-fated project ‘Pearl’ and Dr. Ibram X. Kendi’s Antiracist Baby are part of a wave of cutbacks prompted by Netflix’s drop in subscribers in the first quarter 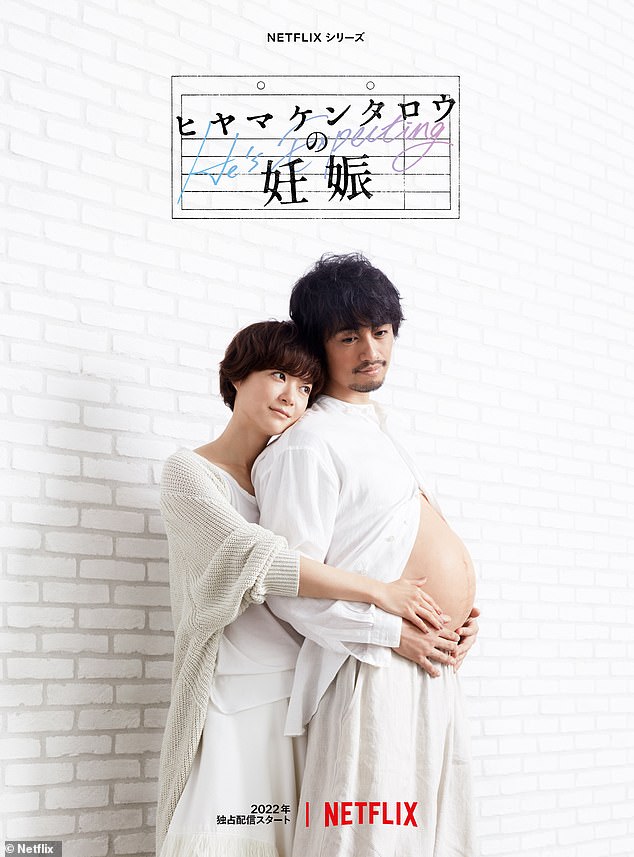 Netflix has produced ‘woke’ content such as He’s Expecting, which depicts a man who becomes pregnant

Netflix’s adaptation of Resident Evil, for instance, was received with criticism by viewers who slammed the streaming giant for making the main characters woke and vindictive towards men, Cosmic Book reported.

In May, Netflix executives warned they will not ‘censor specific artists or voices’ even if employees consider the content ‘harmful’.

Said document also called on workers to tighten their belts and reign in corporate spending as the company’s finances falter.

Young activists have targeted the likes of comedian Chappelle for jokes about transgender people and aimed to get him cancelled.

He said in the stand up special ‘gender is a fact,’ and criticized what he said was the thin skin of the trans community.

The jokes were based on observations made by Harry Potter author JK Rowling, who in 2019 said trans women were not actually women and were a threat to her identity. 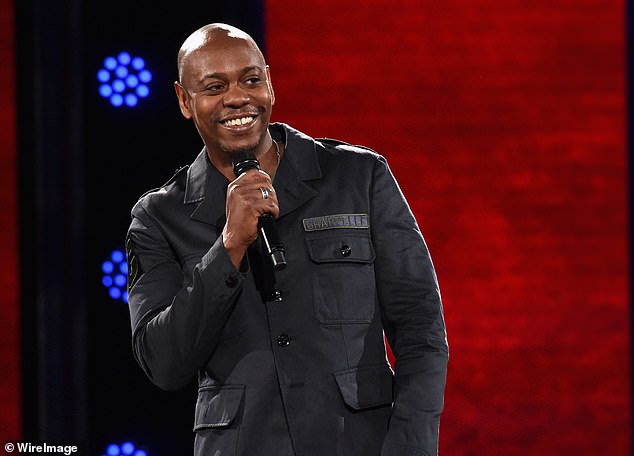 Young activists have targeted the likes of comedian Chappelle for jokes about transgender people and aimed to get him cancelled. But Netflix CEO Ted Sarandos rowed in behind Chappelle and continued to publish the show – triggering a mass exodus of woke workers

But Netflix CEO Ted Sarandos rowed in behind Chappelle and continued to publish the show – triggering a mass exodus of woke workers.

Netflix finally appeared to be stamping out the backlash with the memo titled: ‘Netflix Culture — Seeking Excellence.’

The memo, which was sent to staff, was the first update to the culture guide in five years when it used to just be called ‘Netflix Culture’.

But it keeps the core principles of the original document with notes on empowering employee decision-making and calling for candid feedback.

The  docket appeared to be Netflix taking a firm stand against those trying to thwart artistic content they disagree with.

The question remains on whether Netflix’s commitment to switch gears about wokeness will actually yield results, and if it indeed it’s a genuine concern of the company or a PR strategy.

The streaming giant also projected that it will add 1 million subscribers in the current quarter, sending its stock up as much as 8 percent in extended trading.

The staggered release strategy was widely seen as a means of preventing users from subscribing to watch the show and quickly cancelling their membership.

‘We’ll likely start in a handful of markets where advertising spend is significant,’ Netflix explained in a statement.

‘Like most of our new initiatives, our intention is to roll it out, listen and learn, and iterate quickly to improve the offering.’

Netflix remains the dominant global streaming platform and reported a total of 220.67 million paying subscribers at the end of the second quarter.