Paris Jackson’s new documentary includes previously unseen footage of her sharing a sweet moment with her famous father, Michael Jackson, back when she was just a child.

The footage is included in Paris’ upcoming Facebook Watch documentary, Unfiltered: Paris Jackson and Gabriel Glenn, following the King of Pop’s daughter as she and her boyfriend, Glenn, launch their folk band, The Soundflowers.

At least some of the never-before-seen, home video of Paris with her father was revealed in the documentary’s recently debuted first trailer. 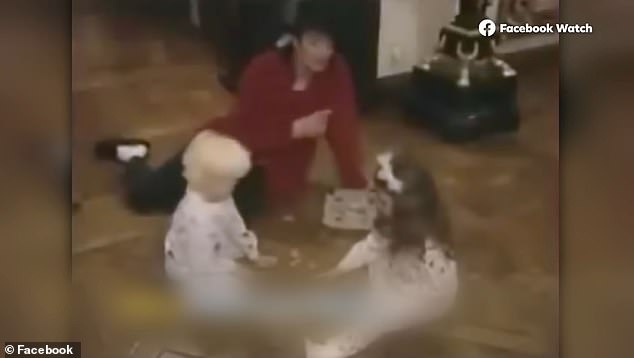 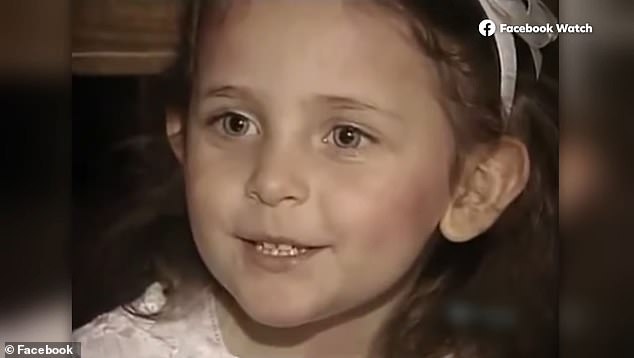 The documentary, which follows Paris as she launches her music career, features a young Paris (pictured) telling Michael she wants to do what he does: ‘Dance and sing’

In the trailer, an off-camera Michael can be heard asking his wide-eyed daughter, ‘What does Paris want to be?’

‘I do what you do,’ Paris sweetly responds.

‘What do I do?’ Michael then asks.

‘You dance and sing,’ she says.

The trailer also features footage of Paris and another child in matching pajamas, playing with Jackson.

In that clip, Paris can be seen running over to hug a smiling Michael, who is wearing his signature fedora, a red shirt, black pants, white socks and black loafers. 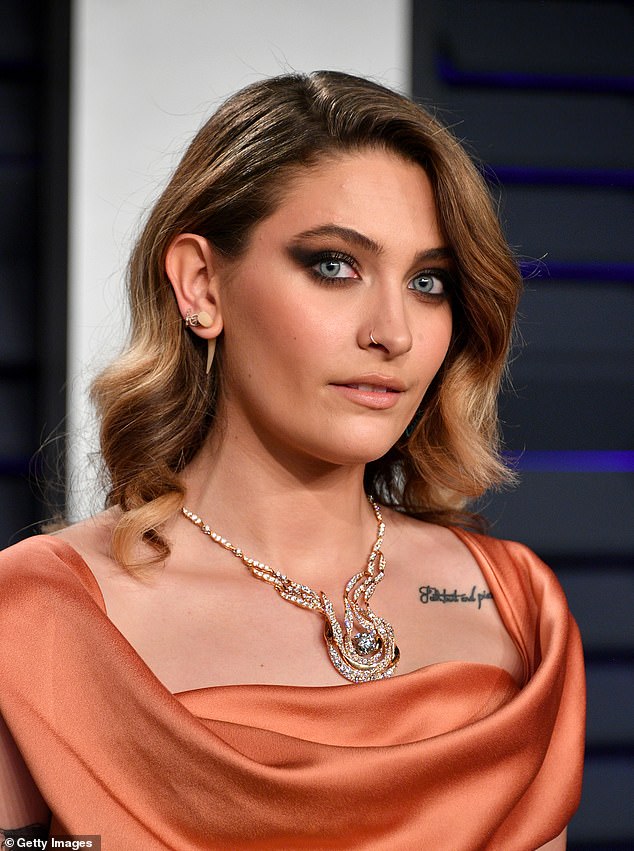 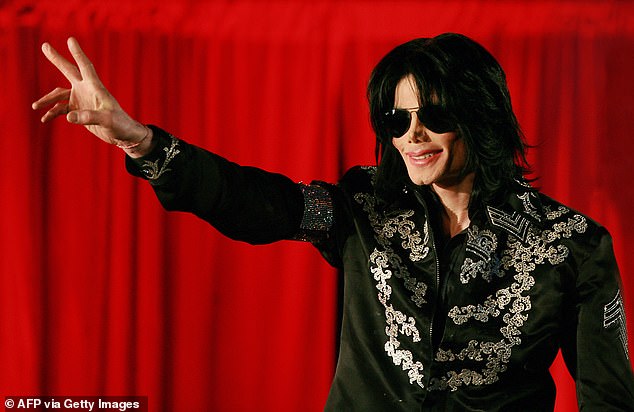 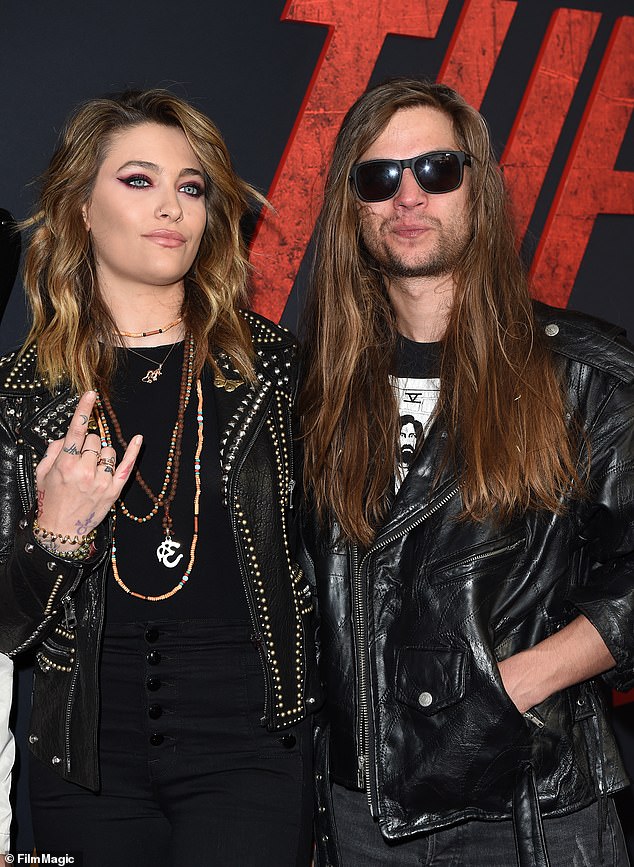 Paris stars in the documentary with boyfriend and bandmate, Gabriel Glenn (pictured in 2019) 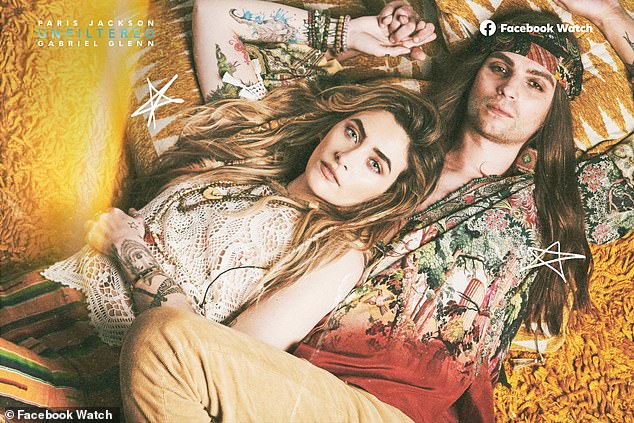 The documentary follows Paris and Glenn as they launch their folk band, The Soundflowers 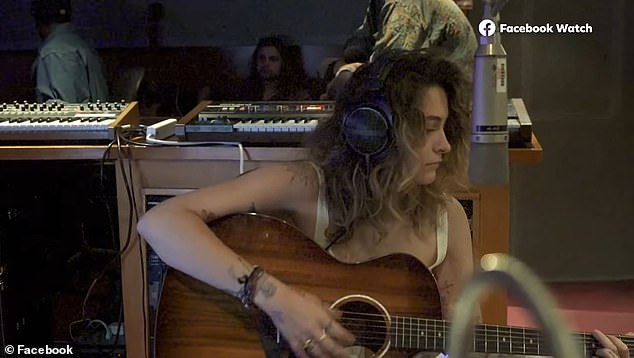 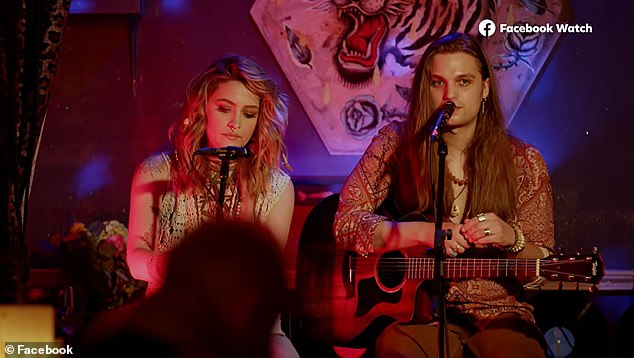 Michael can also be seen sitting on the floor with Paris and the other child during the same clip. It appears as if he is singing while the children are playing.

It’s unclear how old Paris was or where the Jacksons were when the home video was shot.

The Unfiltered documentary trailer was released just days before the 11th anniversary of Michael’s propofol and benzodiazepine overdose death on June 25, 2009, when Paris was just 11 years old.

In the trailer, the now 22-year-old Paris takes time to reflect on being famous at such a young age and her desire for privacy back then.

‘You see a kid grow up in the public eye, but you forget I am human,’ she says in a voice over, as images of her fleeing from the paparazzi are shown. ‘I was against letting the world in because it wasn’t a choice, I wasn’t ready then. I feel like I’m ready now.’

She says of her boyfriend, bandmate and documentary co-star, ‘Gabe understands the pain that I’ve gone through in my life. He’s helped me realize that this is what I was born to do.’

She also notes the insecurity she feels about embarking on a music career: ‘The whole pressure to follow in my dad’s footsteps, compared to him and scrutinized.’

To which Glenn says, ‘It’s still something that we have to work on.’

‘I want to influence self-acceptance and courage,’ Paris says. ‘I will love with my music connects with someone and helps in some way.’

The trailer includes a preview of what kind of music Paris is talking about, as it includes footage of the pair singing and strumming their guitars in front of small, appreciative audiences.

‘A Jackson doing folk indie? Not what they expect,’ Paris admits.