The House January 6 Committee report released late Thursday contains photo images that the public has not yet seen to help tell the story of the historic day – including an inside view of Mike Pence watching the president who said he lacked ‘courage.’

The Pence picture shows the former vice president inside an underground garage in the Capitol complex, where testimony has already revealed he insisted on remaining and told his security detail he wouldn’t go

The Capitol riot had stopped the counting of the Electoral College votes, and Pence didn’t want to leave before his role was completed. The report calls the riot part of a multi-step effort to ‘overturn the 2020 election and block the transfer of power.’

With rioters smashing windows at the Capitol and battling police, officials and Trump family members flooded White House Chief of Staff Mark Meadows urging him to intervene with Trump, while key figures like Ivanka Trump went to the president directly.

As the report details, after sending out a pair of tweets that aides found insufficient, Trump finally went to the Rose Garden between 4:03 pm and 4:07 pm that day to shoot a video to address the situation. Advisors had been pleading with him for hours while the riot raged to tell his supporters to leave the Capitol and go home.

Another image shows Trump standing in a tent outside the White House near the Ellipse, where he famously called on people to ‘fight like hell.’ Next to him are son Eric Trump and daughter Ivanka Trump, a senior White House advisor at the time.

Trump can be seen pointing at a flat screen plastered with images of the crowd. The report notes that thousands of people did not want to come through security screening that day, and instead remained outside the perimeter.

On screen are five separate crowd shots, as well as graphics that say, ‘Save America March’ and ‘The Best is Yet to Come!’

According to the report, ‘Secret Service confiscated a haul of weapons from the 28,000 spectators who did pass through the magnetometers: 242 canisters of pepper spray, 269 knives or blades, 18 brass knuckles, 18 tasers, 6 pieces of body armor, 3 gas masks, 30 batons or blunt instruments, and 17 miscellaneous items like scissors, needles, or screwdrivers.’ 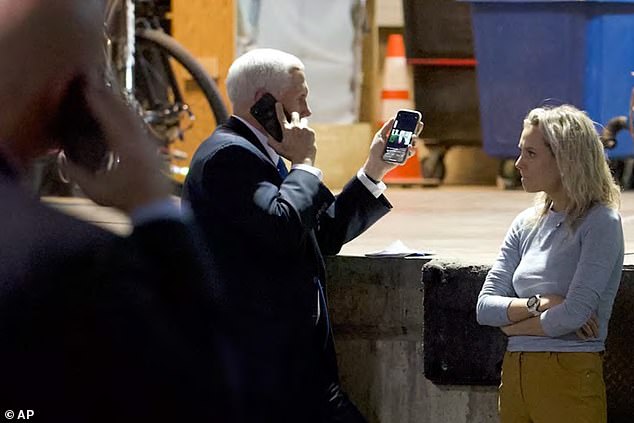 Vice President Mike Pence talks on the phone from a secured loading dock at the U.S. Capitol as he looks at another phone with a recording of video statement President Donald Trump on Jan. 6, 2021 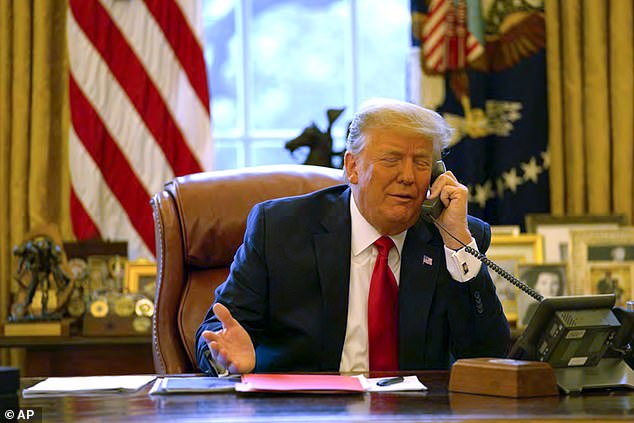 Trump is seen speaking to Vice President Mike Pence, on a day he said publicly he lacked ‘courage’ for failing to reject millions of votes certified by states 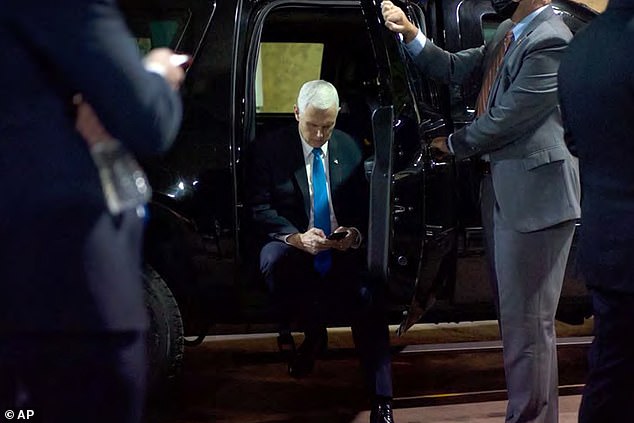 Pence looks at his phone from a Capitol loading dock. He had been in the Senate for his role overseeing the chamber and the counting of the electoral votes that made Joe Biden president-elect 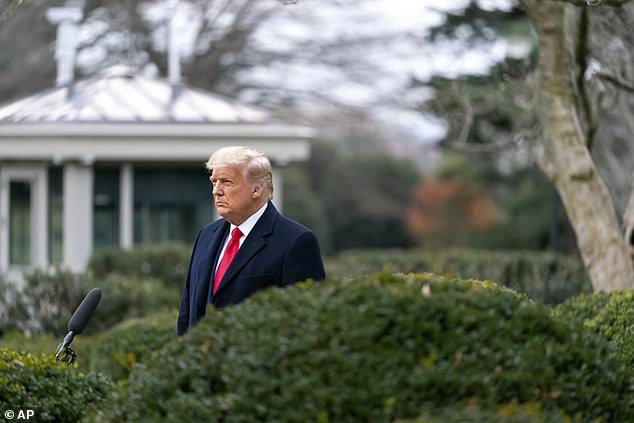 The script for Trump’s Rose Garden speech had him saying ‘I am asking you to leave the Capitol Hill region NOW and go home in a peaceful way,’ according to the report. Trump told protesters they were ‘special’ and said: ‘I know your pain. I know you’re hurt … We had an election that was stolen from us. It was a landslide election and everyone knows it, but you have to go home now.’ 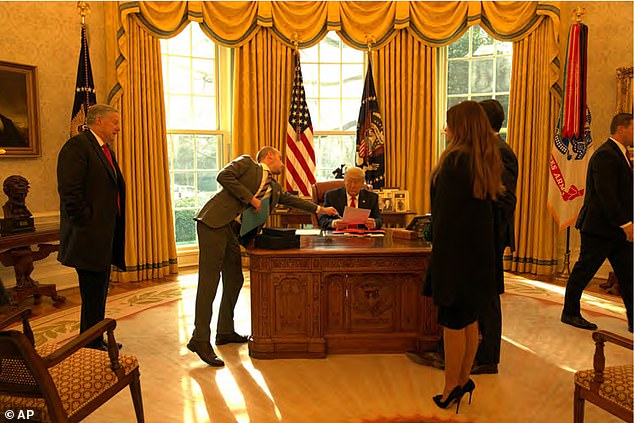 Trump reviewed his speech with senior advisor Jason Miller on January 6. Chief of Staff Mark Meadows, who later that day received numerous messages pleading with him to intervene with Trump after the riot started, is standing to the left 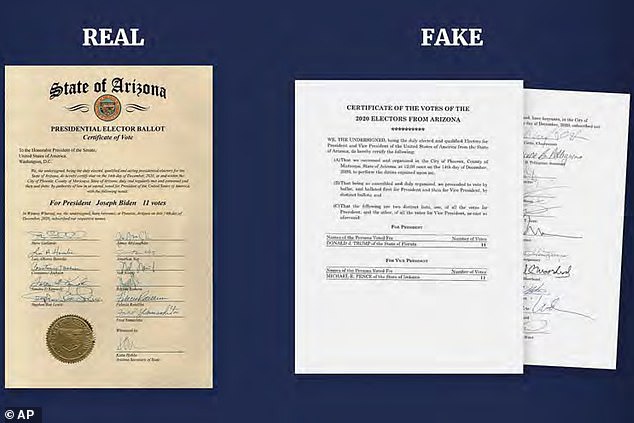 The report is interspersed with graphics, including one showing actual electors certified states to reflect the votes cast, and ‘fake electors’ that were part of a scheme to create rival pro-Trump electors 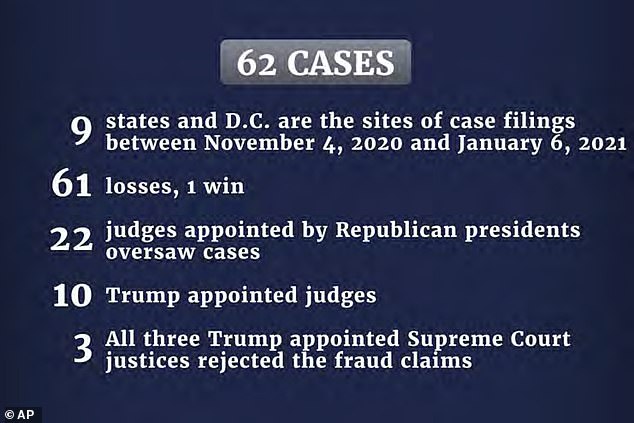 One graphic shows Trump’s legal batting record after the elections

Another passage in the report details a clash over crowd security practices and quotes former Meadows close aide Cassidy Hutchinson.

‘So, when President Trump got to the rally site and could see the crowd for himself, “[h]e was f***ing furious,” as Cassidy Hutchinson later texted [agent Tony Ornato].