The most difficult thing about planning to assassinate the US President, says Gregg Hurwitz, is managing your research. ‘I’d done tons of it,’ he says, ‘and had built this huge wall of information. At the end I was thinking: well, how on earth am I going to do this? I didn’t have a clue.’

The US Secret Service needn’t be unduly concerned. Hurwitz, author of the bestselling Orphan X thriller series, was simply plotting his latest novel, Out Of The Dark. It sees trained killer Orphan X, aka Evan Smoak, on a mission to exterminate the President – an at times boorish, crass individual who is loath to listen to the counsel of others. ‘And what is totally alarming,’ he says, ‘is that I had the story arc planned before Donald Trump. It’s just the weirdest coincidence.’

Out Of The Dark is the fourth in a series that has put Hurwitz firmly on the thriller writers’ map. His action hero Smoak has been likened by critics to Lee Child’s Jack Reacher and Robert Ludlum’s Jason Bourne. The movie rights were sold even before the release of the first book three years ago. 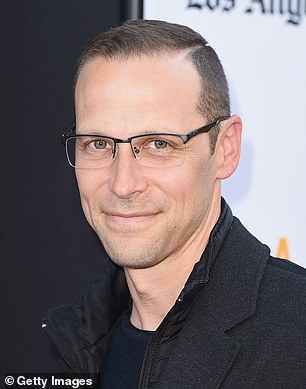 Hurwitz is fanatical about his research, enacting many of the more physical challenges in his books

Throughout the books, Hurwitz emphasises Evan’s unlikely hero status. ‘Jack Reacher is 6ft 6in, James Bond is devastatingly handsome, but I make a point of describing Evan as an ordinary guy. He’s achieved everything through grit and determination.

‘There’s a lot of me in him,’ admits Hurwitz. ‘I was badly bullied at high school, 5ft 2in tall, skinny, and my mum was quite ill for a time, which made me feel especially vulnerable. I hate bullies, and Evan does too, because I remember that time when I felt physically weak and small and emotionally vulnerable.’

A Harvard graduate with a master’s degree from Oxford, Hurwitz is fanatical about his research, enacting many of the more physical challenges in his books. In his 2014 novel Don’t Look Back, his lead character goes on a dangerous whitewater raft run through the jungles of Mexico. ‘And so I did it too. Unfortunately, a wasp stung me on the eye just before we left and so I had to do the whole run with one eye swollen shut and my macho Mexican aides laughing at me.’

He has also shot with snipers, gone undercover in a mind-control cult and engaged in close-quarter combat training with Green Berets and Navy Seals. He took a mixed martial arts course before starting the Orphan X series. ‘I wanted to be able to properly describe pain. I was being choked out at one point, and there’s a particular kind of claustrophobia you feel where you’re trapped and unable to break out. It’s so much more colourful than saying, “I saw stars.” ’ 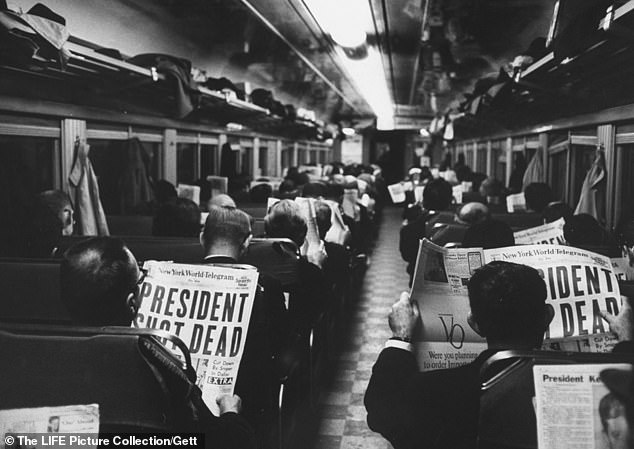 Commuters reading the headlines after John F. Kennedy’s assassination. Out Of The Dark is the fourth in a series that has put Hurwitz firmly on the thriller writers’ map

He knows everyone from CIA agents to former spies. One of his closest contacts, who supplies weapons to specials ops teams, was the inspiration for a character in his Orphan X books, ‘a grizzled war vet who helped me on every gun Evan uses, from a Benelli assault shotgun to a custom Wilson Combat 1911 pistol.

‘There are two things you can’t do in a novel,’ says Hurwitz. ‘You can’t make a gun mistake and you can’t kill a cat, because the gun people and the cat people will come after you. I made a gun mistake 20 years ago and I still get emails about it!’

‘Out Of The Dark’ (Michael Joseph) is out now