Never mind the green light, here are 15 more reasons to head for Portugal

Portugal’s place on the Government’s green list for quarantine-free overseas travel has seen its seaside hotels filling up fast.

But the country has many compelling reasons to visit, offering something for foodies and history lovers, active types and culture vultures.

Sunny views over Peneda-Geres, which is Portugal’s only national park and located in the remote northwest

Portugal is a country made for being outdoors but has only one national park – at Peneda-Geres in the remote northwest. It is also home to the country’s only holly forest and provides the backdrop for a new self-guided walking trip from Inntravel.

Walk up to ten miles a day through the rugged mountain landscape, swim in rock pools and rivers, and keep an eye open for wild horses and maybe even an Iberian wolf. Each night brings a different place to stay, ranging from a village house to a 12th Century monastery, with your luggage transferred ahead for you.

THE HEIGHT OF ADVENTURE 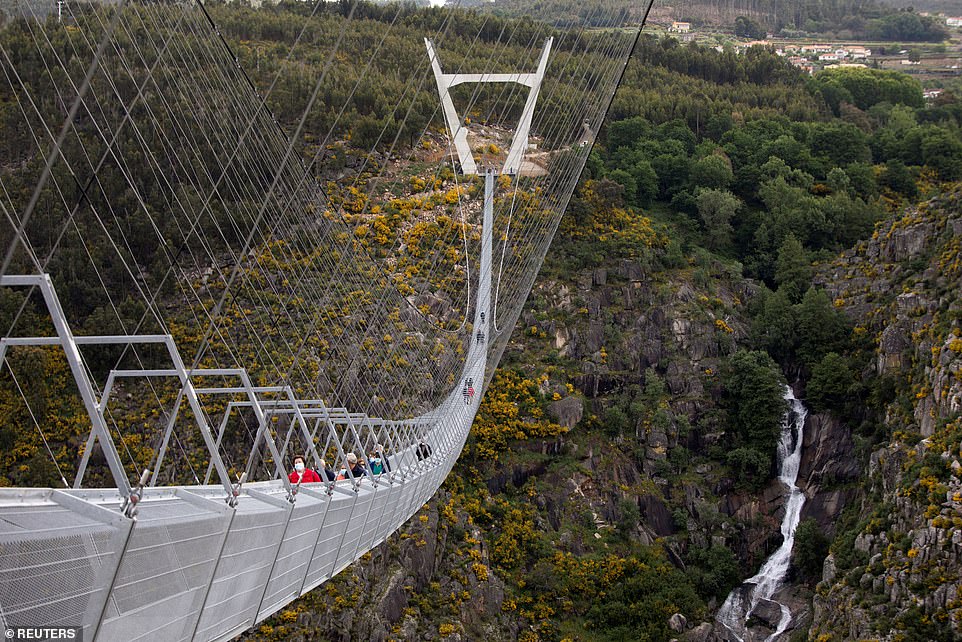 The 516 Arouca, which opened to the public in April, is the world’s longest pedestrian suspension bridge. Its name references the distance in metres (1,692 ft) it stretches over the Paiva Gorge

You’ll need a head for heights to cross the world’s longest pedestrian suspension bridge, the 516 Arouca, which opened to the public in April. Its name references the distance in metres (1,692 ft) it stretches over the Paiva Gorge, with the Paiva River winding some 577 ft below. If you dare look, there are superb views of the Aguieiras waterfall and the surrounding Arouca Geopark.

Drive there from the city of Viseu, which has a historic old quarter and which also makes a good base from which to explore Serra da Estrela, Portugal’s highest mountain range. Hike to the jaw-dropping Lagoa da Serra da Estrela with its sci-fi-style man-made crater that diverts the water to the nearby Lagoa Comprida.

BIKE TO THE EDGE OF THE WORLD 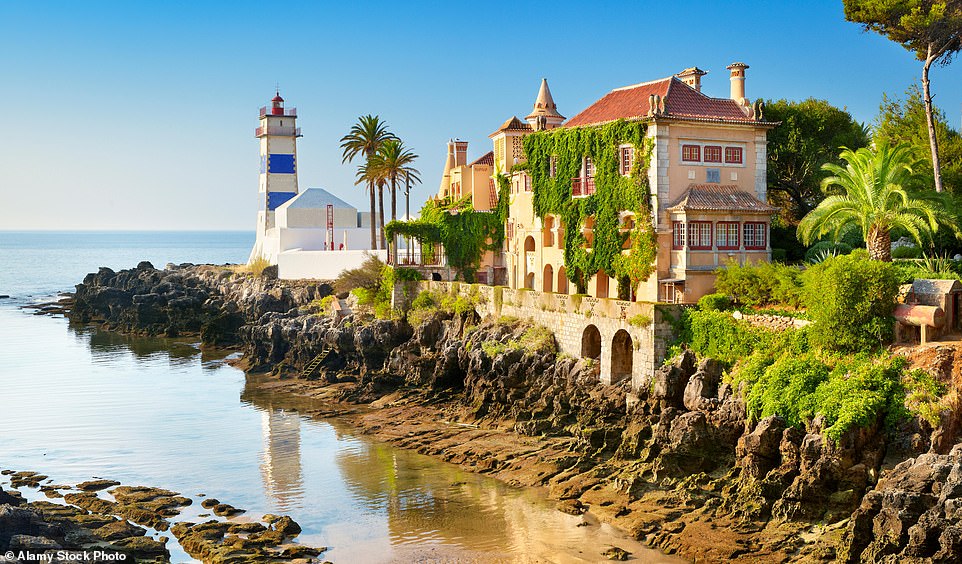 End of the earth: The lighthouse, above, on the far western edge of Europe at Cabo da Roca

The very edge of mainland Europe is at Cabo da Roca, a dramatic windswept seascape complete with a lighthouse.

Visit it during a five-day cycling trip from Obidos to Cascais, during which you’ll follow quiet roads and cycle paths between whitewashed fishermen’s cottages and seaside restaurants. The trip includes Sintra, the first European site listed by Unesco as a cultural landscape, with fairytale Pena Palace and 8th Century Castle of the Moors.

Five nights’ B&B and luggage transfers from £792pp in October. Bike hire costs about £77. Add on time in an eco-B&B in Sintra-Cascais Natural Park from about £80 a night, or stay to explore Lisbon (responsibletravel.com). 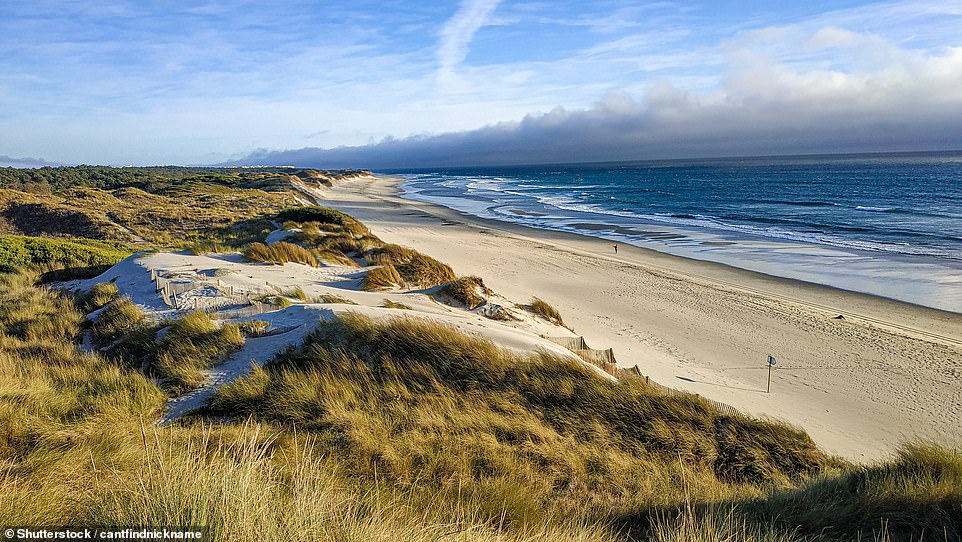 Forget Cornwall – if you want real surf, head to Portugal’s coast, where the largest wave ever surfed was an 80 ft monster off Nazare by Brazilian Rodrigo Koxa in 2017.

Further north along the coast the Feel Viana sports hotel has lessons for all levels, as well as other watersports, at the uncrowded Cabedelo beach.

A CORKING WAY TO SAMPLE WINE 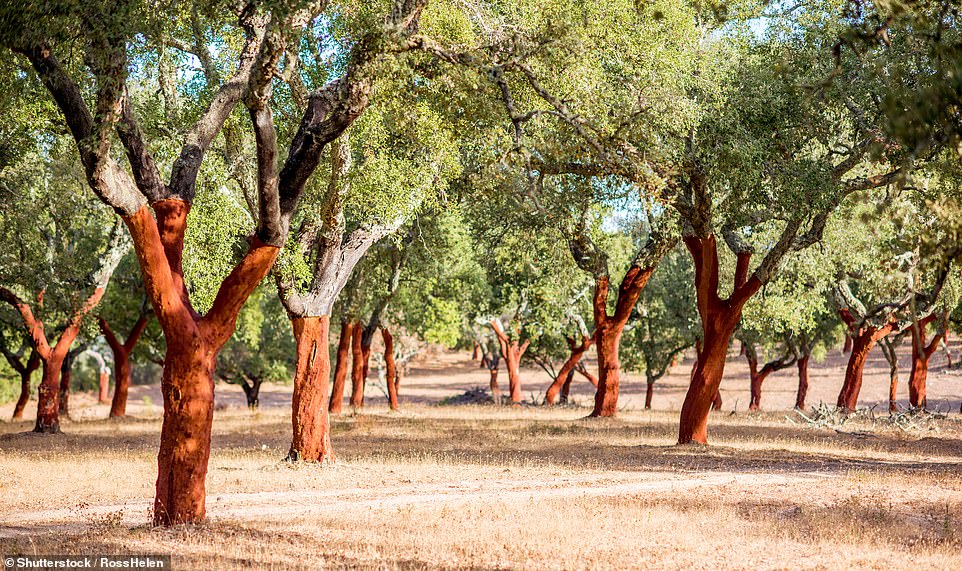 Next time you pop open a bottle of bubbly, bear in mind that more than half the world’s cork supply comes from Portugal. There are vast oak cork forests in the Alentejo region, which also produces a fair chunk of the country’s wine. Explore it all on a ten-day holiday, including two nights at the Casas Do Rio Sado estate surrounded by cork woods (look for the Long Life Cork Oak – legend has it that if you go around it twice you will live to be 100).

The trip includes stays at the Torre de Palma Wine Hotel – where you can blend your own bottle of wine – the Herdade da Malhadinha Nova winery estate and the pretty town of Evora, home to the somewhat grisly Chapel of Bones whose walls are decorated with the skulls and bones of 5,000 exhumed corpses. If it doesn’t affect your appetite, there are plenty of cheeses, black pork and egg-based desserts to taste.

Nine nights’ B&B with flights and car hire in September from £1,595pp (sunvil.co.uk).

A BARREL-LOAD OF FUN AT BEDTIME 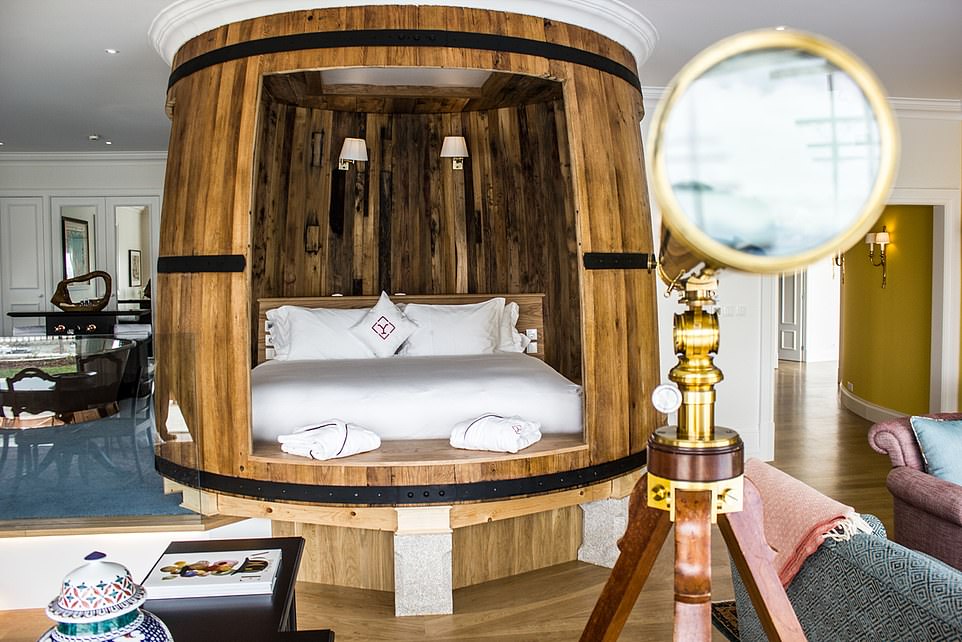 Doubles all round: A bed built inside a giant oak wine barrel in one of the master suites at the Yeatman hotel

You’d expect the city of Porto to be awash with port wine, but the Yeatman hotel, with beautiful views over the river to the old city (and the bridge designed by a certain Gustave Eiffel), goes much further.

Here you can swim in a decanter-shaped pool, be massaged with extracts of grapes before a bath in a barrel of the same soothing concoction, enjoy a pink port with your meal in its two-Michelin-starred restaurant and, in one of the master suites, sleep in a bed set within an enormous oak barrel. Then tour the port cellars and World Of Wine, a regeneration of the Gaia area with museums, exhibitions – including one on cork – and a wine school (wow.pt).

GO ON A ROYAL TOUR 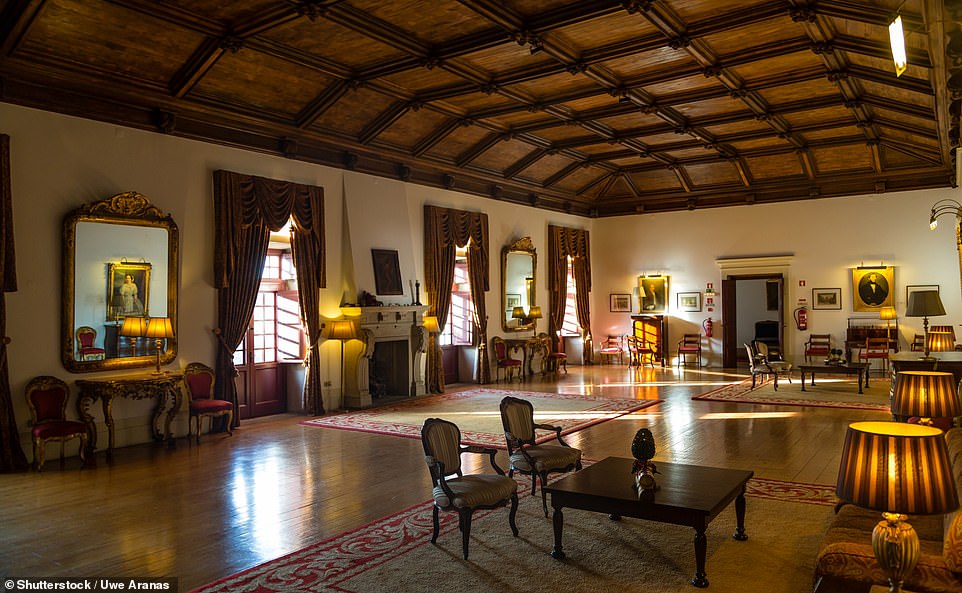 An interior view of the 12th Century Augustinian monastery, the Pousada Mosteiro de Guimaraes, which is now a hotel

Portugal’s claim to be one of Europe’s oldest nation-states is by virtue of its largely unchanged borders since the 12th Century. The country’s cradle is Guimaraes, its first capital and the birthplace of Afonso Henriques in 1110 who went on to become its first king.

Amble along the labyrinthine lanes and cobbled streets that link up medieval plazas. Take the cable car up Mount Penha and explore the Palace of the Dukes of Braganca before returning to stay at a former 12th Century Augustinian monastery, the Pousada Mosteiro de Guimaraes.

The visit is part of a tour of Porto and the north, with five nights’ B&B, flights and car hire costing £715pp (wexas.com). 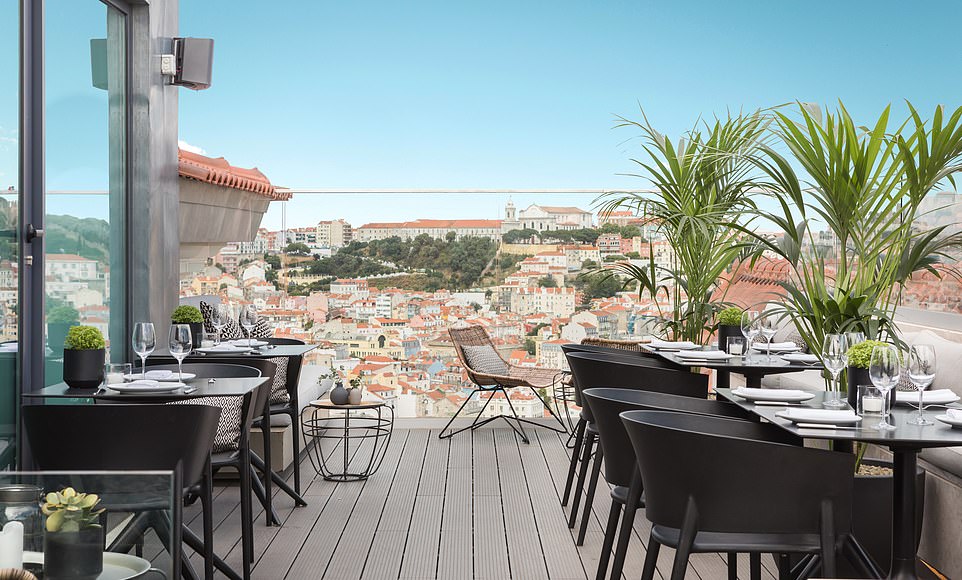 The stylish rooftop restaurant at the Lumiares Hotel, which is located in Lisbon’s bohemian Bairro Alto neighbourhood

Bookworms should check out the Livraria Bertrand in Lisbon, home to the world’s oldest operating bookshop, which was founded in 1732. One of the smallest bookshops can be found in the capital, too – Livraria Simao squeezes almost 4,000 tomes, mostly second-hand, into about 40 sq ft – less than four square metres.

Both are within walking distance of the Lumiares Hotel, in the bohemian Bairro Alto neighbourhood, with a newly renovated rooftop restaurant.

B&B doubles cost from about £145 a night (thelumiares.com).

MAKE FOR SOME ROMAN MOSAICS 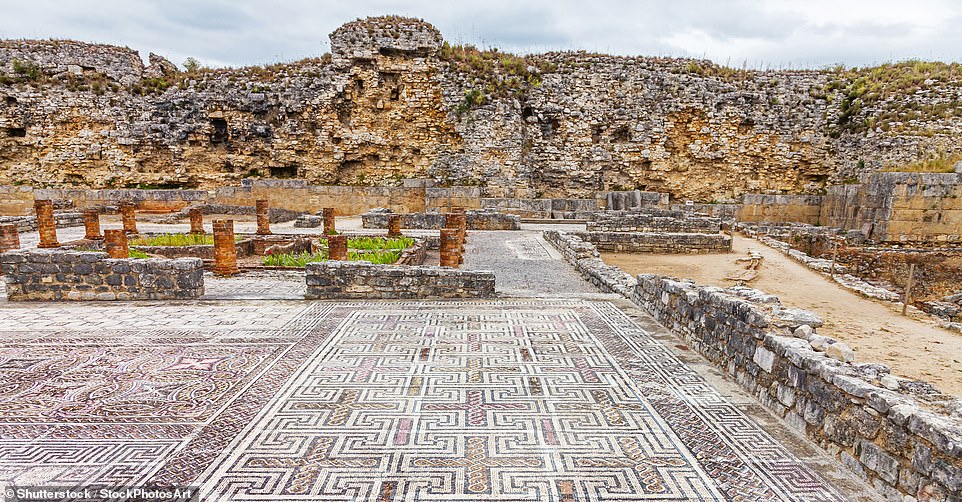 Some ten miles south of Coimbra is Conimbriga, a former Roman town that has some of Europe’s best-preserved mosaics

Guimaraes passed the capital baton to Coimbra, where you will also find one of the oldest universities in the world, dating to 1290. See the beautiful Baroque Joanine Library, visit the Monastery of Santa Cruz, where Afonso Henriques was buried, and check out the old cathedral. Some ten miles south of Coimbra is Conimbriga, a former Roman town that has some of Europe’s best-preserved mosaics.

Three nights’ B&B in Coimbra costs from £598pp with flights and car hire (kirkerholidays.com). Or visit as part of a ten-night tour that includes Lisbon, Sintra and Evora, from £799pp with flights, room-only accommodation and car hire (trailfinders.com). 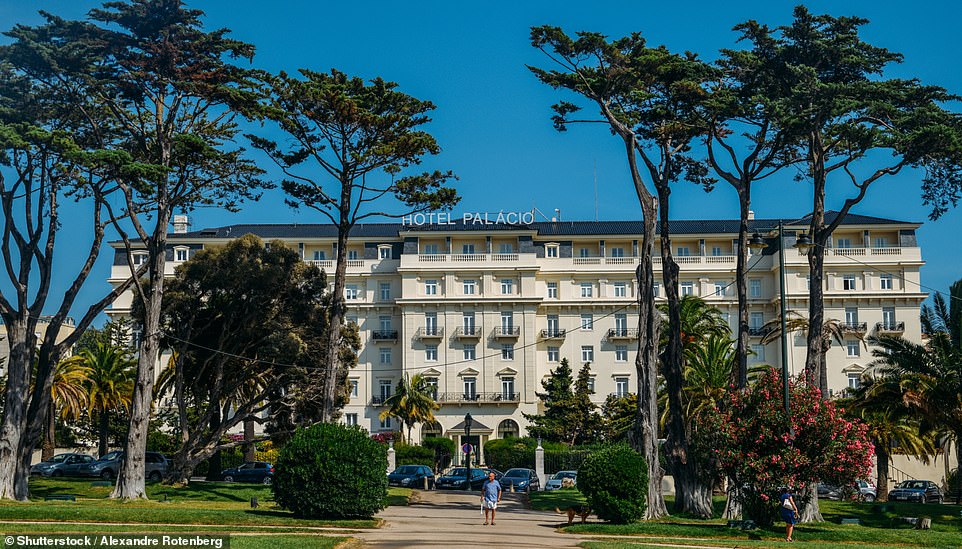 James Bond fans should check into Palacio Estoril Hotel, where author Ian Fleming stayed in 1941. The Estoril Casino next door was the inspiration for his first book, Casino Royale, and the hotel featured in the film On Her Majesty’s Secret Service.

Order a 007 Martini in the bar, the former haunt of British and German spies, and look out for Jose Diogo at the concierge desk – he was an extra in the film.

B&B doubles from £215 a night (ghotw.com/palacio-estoril). 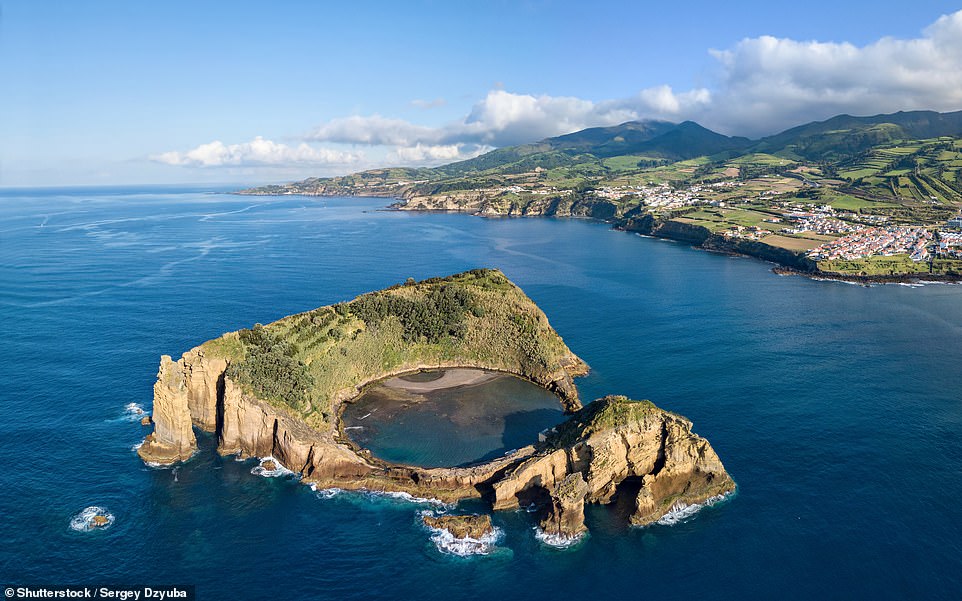 On the Azorean island of Sao Miguel (pictured in the background), green tea prepared with volcanic water turns a deep purple in the pot. In the foreground is the uninhabited Islote de Vila Franca, which was formed by the eruption of an ancient underwater volcano. It’s a very popular spot with snorkellers

Green tea prepared with water from the ground at Furnas, on the Azorean island of Sao Miguel, turns a deep purple in the pot. Try it at Chalet da Tia Merces after a swim in one of the volcanic area’s hot pools and a meal cooked using thermal vapours.

An excursion to Furnas and Gorreana, Europe’s only tea plantation, is part of a seven-night holiday with Regent. With flights, B&B and excursions, it costs from £1,185pp (regent-holidays.co.uk). 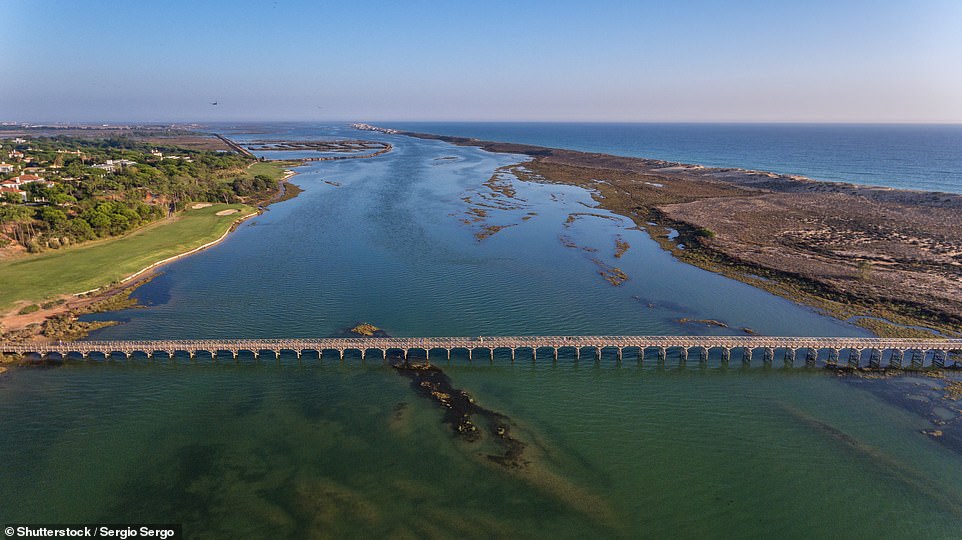 The Algarve is well known for its fairways, but perhaps less so as home to one of the most unusual mini-golf courses, at the sprawling Quinta do Lago resort.

The nine-hole course features miniature versions of some of the world’s most iconic golf holes at courses such as Augusta, The Belfry and Sawgrass, complete with bunkers and water features. Then go on to play on the three real golf courses in the resort, or take lessons at the academy.

Stay in one of the villas at Four Seasons Fairways, with tennis courts and a kids’ club. Seven nights’ self-catering in a two-bedroom villa from £1,150 (fourseasonsfairways.com). 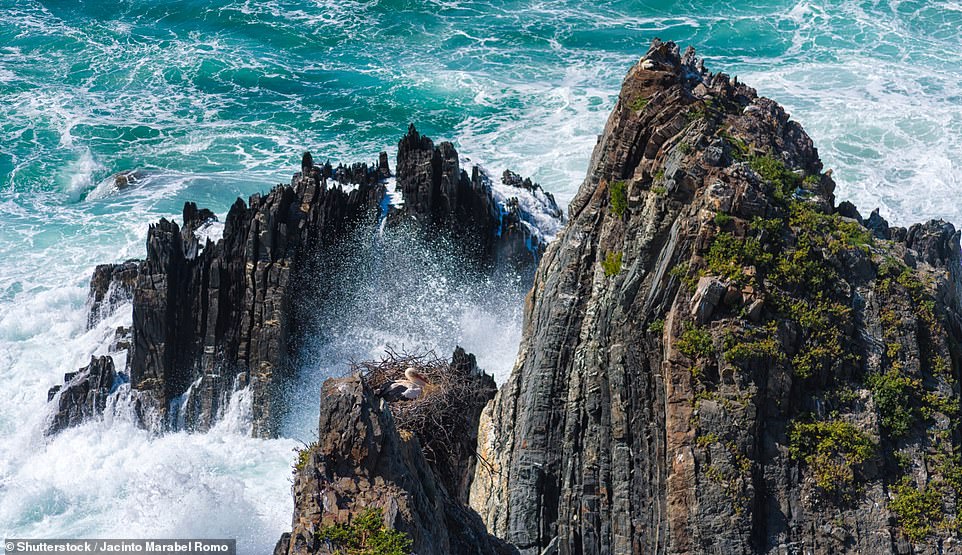 The white storks of the Costa Vicentina build their nests each year above the pounding Atlantic.

See them as the finale of this walking trip, which includes car transfers so you can see the best bits of the Alentejo region.

TREAD GRAPES IN THE DOURO 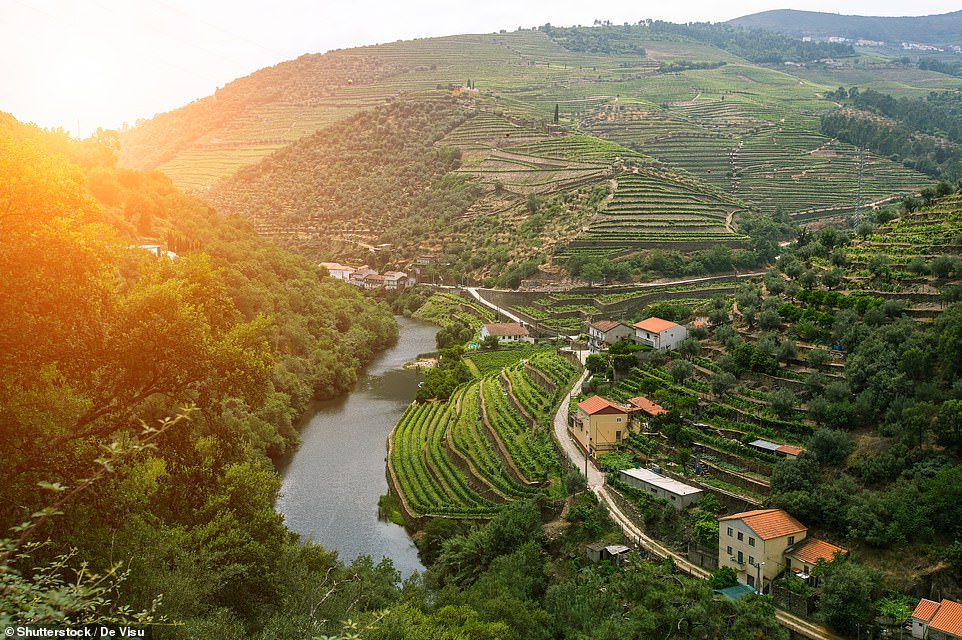 The Douro Valley is one of the few wine-producing areas that still tread grapes by foot.

Join in at harvest time to the sound of accordion music after a day picking it from the vines.

A two-night break in September costs from £492pp, not including flights. Longer trips can be arranged incorporating Porto (grapeescapes.net).

GET SAUCY WITH FAMOUS PIRI PIRI 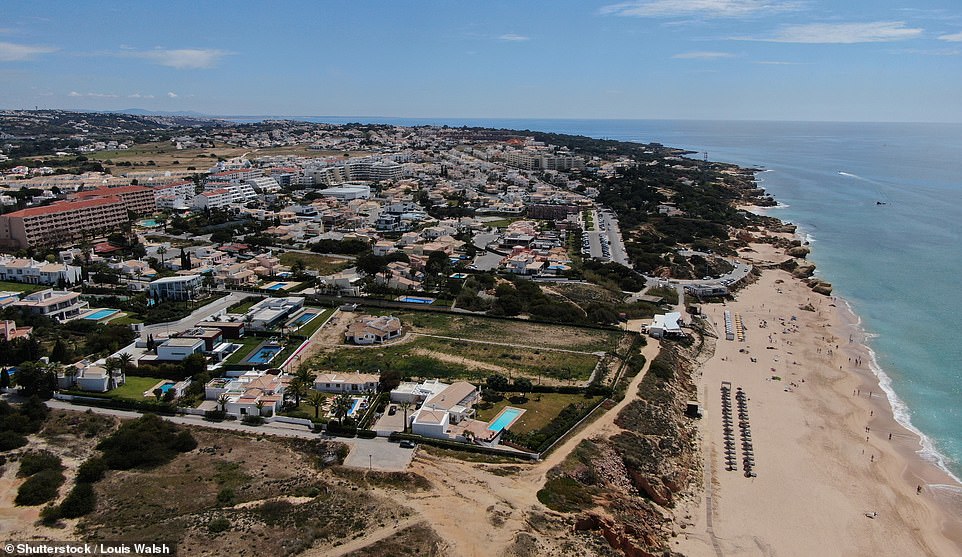 No, piri piri chicken wasn’t invented by Nando’s – we have 15th Century Portuguese explorers to thank for it. The story goes that those who returned from the New World brought back chillis that were later introduced to Africa, where they thrived. Travellers to Angola then returned with tales of the hot chicken dish. Restaurant owner Jose Carlos Ramires claimed to have developed the recipe 50 years ago that led to the town of Guia proclaiming itself barbecue chicken capital of the world – it even has a piri piri festival in summer.

Learn how to make the sauce – also known as peri-peri and pili-pili – during a cookery course as part of a two-week family activity holiday that includes hiking, an overnight coastal adventure, cycling and surfing.

From £7,250 for a family of four with flights, car hire, accommodation and activities (stubbornmuletravel.com). Or stay in a two-bedroom villa at Salgados Beach Resort in Albufeira. A week from May 29 costs from £1,993 (splvillas.com).