A game-changing new Alzheimer’s drug may mark the ‘beginning of the end’ in the decades-long search for an effective treatment, leading experts claimed today.

Lecanemab was found to halt the memory decline and thinking problems suffered by patients in the earliest stages.

Results from a phase three trial of the drug, given as a fortnightly injection, showed that it slowed the disease’s progression by around 27 per cent after 18 months.

Lecanemab clears a build up of amyloid — toxic plaques in the brain that are thought to cause the cruel, memory-robbing disease.

An experimental Alzheimer’s drug, called lecanemab, has significantly slowed cognitive and functional decline by 27 per cent in a large patient trial. Pictured: brain scan of person with Alzheimer’s 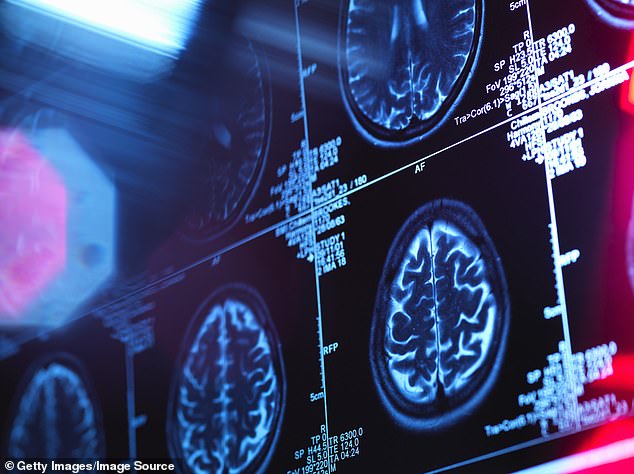 The drug, created by Japanese pharmaceutical company Eisai and US biotech firm Biogen, was created for the treatment of mild cognitive impairment for patients with amyloid in the brain 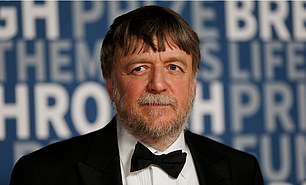 Everything you need to know about ‘breakthrough’ Alzheimer’s drug lecanemab

Lecanemab is a drug that is injected bi-weekly to those suffering from early Alzheimer’s.

The antibody treatment, created by Japanese and US pharmaceutical giants Eisai and Biogen, combats the build-up of plaque in the brain, which is thought to be behind Alzheimer’s.

What did trials show?

The Phase III trial of lecanemab evaluated the drug’s ability to reduce cognitive and functional decline among 1,795 patients with early Alzheimer’s.

Half of participants were given 10mg/kg of the drug bi-weekly, while the others were given a placebo drug.

Results showed that those given lecanemab saw their mental condition decline 27 per cent less than those given the dummy treatment.

The lecanemab group also experienced a slower build up of amyloid levels in the brain, scans showed.

Is the drug dangerous?

The pharma giants said the figures fall within an expected range.

And one patient in the US reportedly died while taking lecanemab during clinical trials, after suffering a brain bleed.

However, Eisai and Biogen noted that all available safety information shows the therapy is not linked with an increased risk of death.

How close is it to being rolled out?

The drugmakers are seeking approval for lecanemab from the US Food and Drug Administration, with a decision expected in early January.

The companies say they will also submit their findings to regulators in Japan and Europe to by April 2023.

However, watchdogs will then need to assess whether the drug is safe and effective before making a decision, so it is unclear when the treatment could be rolled out.

How is it different to similar drug Aduhelm?

Both Aduhelm and lecanemab — which are both made by Eisai and Biogen — are antibodies designed to remove amyloid deposits.

However, lecanemab targets amyloid that has not yet clumped together, while Aduhelm removed amyloid plaques that built up in the brain.

Aduhelm’s approval was a rare bright spot for Alzheimer’s patients, but critics have warned about the underwhelming results of the drug and highlighted its risks.

Tokyo-based pharmaceutical giant Eisai, which owns the rights to the drug alongside US firm Biogen, reported initial results in September from a trial on 1,795 participants with early Alzheimer’s.

Full results from the study have since been published in The New England Journal of Medicine, with experts hailing it as long-awaited proof that Alzheimer’s disease can be treated.

Professor John Hardy, group leader at University College London’s Dementia Research Institute, said: ‘This trial is an important first step, and I truly believe it represents the beginning of the end.

‘The amyloid theory has been around for 30 years so this has been a long time coming.

‘It’s fantastic to receive this confirmation that we’ve been on the right track all along, as these results convincingly demonstrate, for the first time, the link between removing amyloid and slowing the progress of Alzheimer’s disease.

‘The first step is the hardest, and we now know exactly what we need to do to develop effective drugs.

‘It’s exciting to think that future work will build on this, and we will soon have life-changing treatments to tackle this disease.’

Professor Bart De Strooper, director at the institute, said: ‘The overall conclusion is extremely positive. This trial proves that Alzheimer’s disease can be treated.’

However, experts warned that UK officials have much to do to prepare to deliver the drug, provided it gets regulatory approval.

There are two ways to tell whether there is amyloid on the brain – a brain scan or biomarker test which is currently done through lumbar puncture.

While a blood test is on the horizon, dementia services must rely on current tests which are expensive and can have big waiting lists.

Private patients and those living near to big dementia services can access these diagnostic tests, but the vast majority of the public cannot, experts said.

Professor De Strooper said: ‘The participants of this trial were all people with very early-stage Alzheimer’s, which raises the question of how we ensure that people can access these drugs at the right stage in their disease course.

‘In parallel, we must focus on making early diagnosis easier and more accessible, so that treatments can be administered when they are most likely to have a positive impact, before amyloid levels are too high and start to cause damage to the brain.’

Experts also stressed that more work still needed to be done to investigate the drug’s side effects.

‘The trial results have shown us that there is a risk of side effects, including brain bleeds in a small number of cases,’ Professor Hardy said.

‘This doesn’t mean the drug can’t be administered, but that will be important to have rigorous safety monitoring in place for people receiving lecanemab, and further trials to fully understand and mitigate this risk.’

One in 10 patients suffered swelling in the brain, known as amyloid-related imaging abnormalities (ARIA).

And one in six experienced brain bleeds.

Any participants who showed signs of brain swelling or bleeding – which were picked up through MRI scans carried out every three months as part of the trial – were taken off the drug.

Professor Hardy said the potential danger posed by these side effects means anyone taking lecanemab would also need scans regularly.

He said: ‘It needs to be monitored by MRI. This increases the burden and expense of the therapy.’

Professor Nick Fox, director of the Dementia Research Centre, said: ‘I believe, it confirms a new era of disease modification for Alzheimer’s disease.

‘An era that comes after more that 20 years of hard work on anti-amyloid immunotherapies – by many many people – and many disappointments along the way.’

Dr Richard Oakley, associate director of research at Alzheimer’s Society, said the results had the potential to be ‘game-changing’.

‘They give us hope that in the future people with early Alzheimer’s disease could have more time with their loved ones,’ he said.