New BA 2.12.1 Covid variant is now DOMINANT in the US – overtaking the ‘stealth’ variant

There is a new dominant COVID-19 strain in America, with the BA 2.12.1 variant overtaking the BA.2 ‘stealth’ variant, the Centers for Disease Control and Prevention (CDC) revealed in its weekly update on Tuesday, with the new strain likely behind the rising case figures across the east coast.

The strain, which Americans were first alerted of by New York state officials in April, makes up 58 percent of sequenced COVID-19 cases, up from 49 percent of cases the previous week. Revised data from last week shows that it also made up more cases than the stealth variant – at 49 percent compared to BA.2’s 48 percent.

It is most prevalent in the New York and New Jersey region of the county, making up nearly 80 percent of cases in the region where it first made ground.

BA 2.12.1 is the most infectious version of the virus detected yet, believed to have a 27 percent growth advantage over BA.2 – for which it is a subvariant of. It is not believed to be any more severe than its Omicron predecessors.

Daily case figures in America have risen 13 percent over the past week, to 108,374 per day, continuing a steady rise in cases that started in late-April. Deaths have remained flat in the time since, with 344 Americans succumbing to the virus daily.

The BA 2.12.1 strain (red) is now dominant in the U.S., making up 58% of sequenced Covid cases. It has surpassed the BA.2 ‘stealth’ variant (pink), which makes up 39 percent of infections 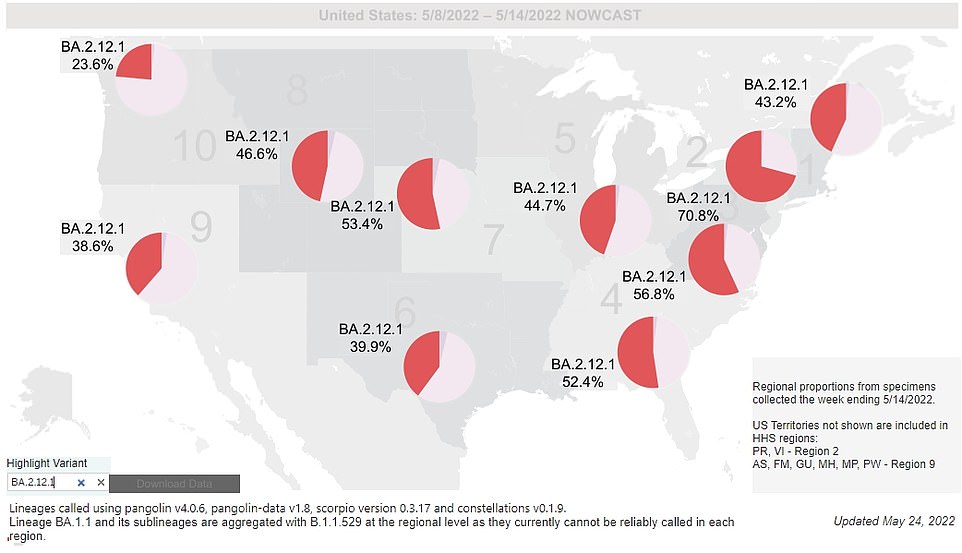 The BA 2.12.1  strain (red) has become dominant across the east coast, but has not had the same impact out west

According to the most recent CDC data, released as part of its weekly NOWCAST, BA.2 makes up 39 percent of active U.S. cases, a figure that has has shrunk in the weeks since BA 2.12.1’s addition to the agency’s genomic sequencing.

The ‘stealth’ variant, as it was nicknamed because of its ability to avoid surveillance through less specific sequencing methods, had been the dominant strain for nearly two months after it overtook the original BA.1 version of the virus – which was responsible for the large scale winter Covid surges suffered by much of the world.

BA.1 now only makes up a fraction of a percentage of cases, almost entirely having been snuffed out by its sub-variants. The Delta variant – which was responsible for the massive surges suffered by the U.S. over summer – has vanished as well.

The dominant BA 2.12.1 variant is most prevalent across the east coast, which is being reflected in case figures across the region. 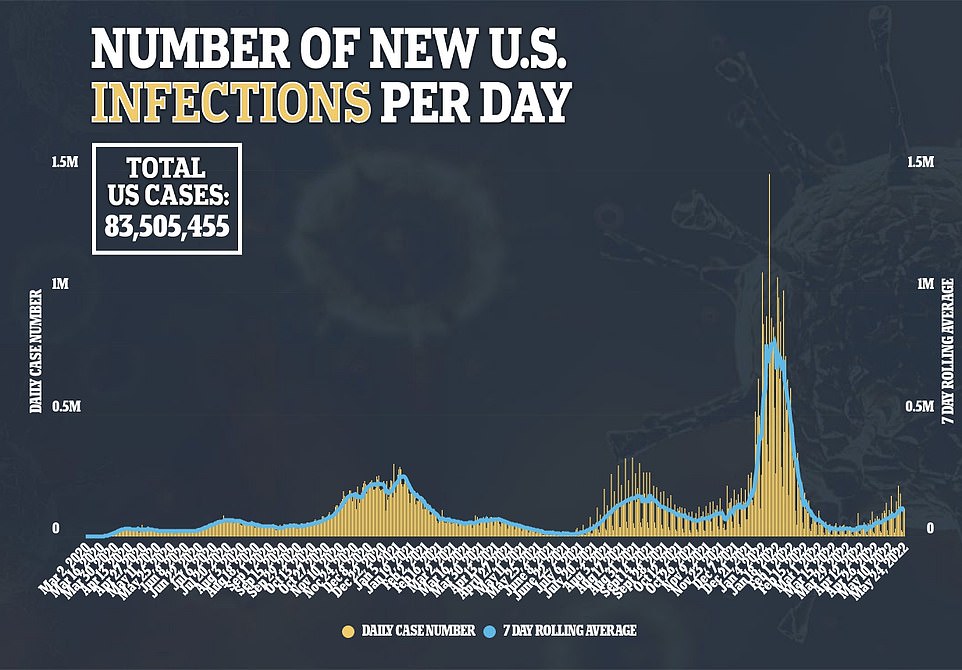 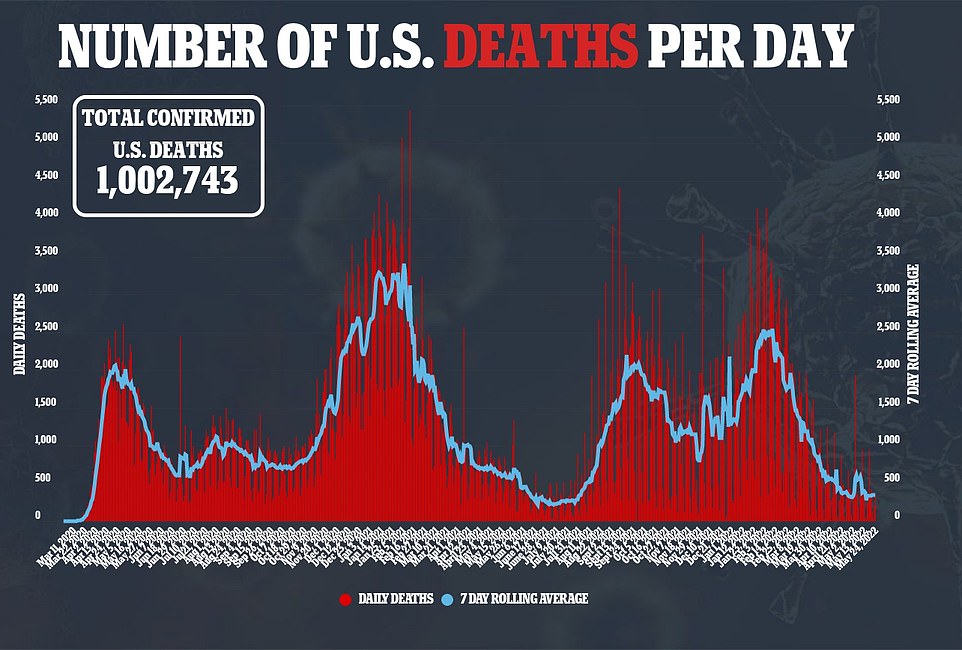 Despite rising cases in New York, mainly fueled by this new strain, city leaders have refused to reinstate pandemic-related mandates.

The mayor was asked at a news event if he planned to follow those orders, and said ‘no’ on Wednesday. He also previously lifted the city’s vaccine and mask mandate for indoor public places that was implemented in response to the Omicron variant wave over winter. 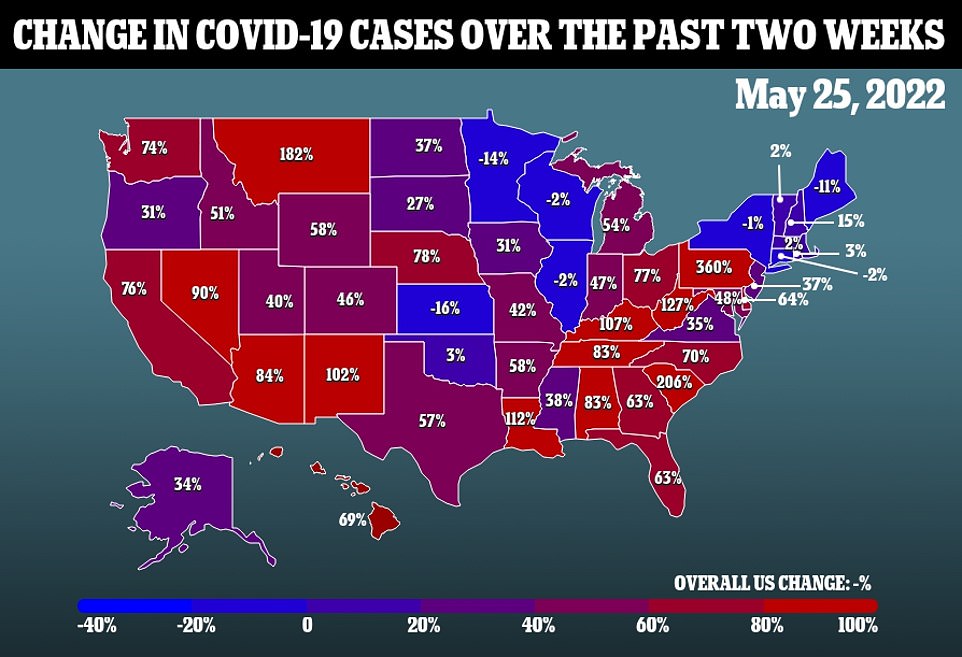 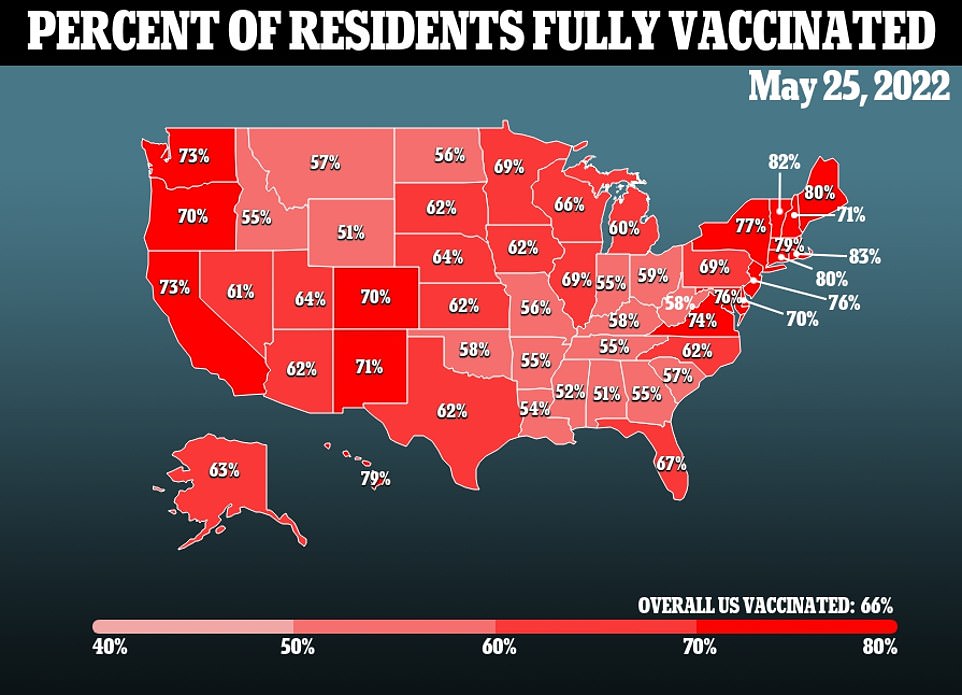 Prevalence of the variants fall of westward, though, just as previous versions of the virus took time to make their way west after erupting across the east coast.

The Midwestern Plains, with include Iowa, Kansas, Missouri and Nebraska, is the only region off of the east coast where BA 2.12.1 is dominant – making up 53 percent of cases.

Despite rising cases nearly everywhere in America over the past month, deaths have remained low, showing that the effectiveness of both the COVID-19 vaccines, and previous infection – as many Americans still have natural antibodies after an infection over winter.

Eligibility for the shots may still expand. Pfizer revealed this week that trials for its three-dose vaccine in children aged six months to five years old showed 80 percent effectiveness at preventing infection from the Omicron variant.

An FDA advisory meeting was scheduled in response to a new report from Pfizer – which is developing its shot as a joint project with the German company BioNTech.

Unlike the previous versions of the shot, the regimen for this age group comes in three doses. The shots are also only three micrograms (mg) in size – a tenth the dosage of the 30 mg shots for adults.

The New York City-based pharma giant had initially planned to make its jab for the youngest of Americans only two doses, but early results from the end of last year found that the first two doses made little impact on immunity from the virus in children aged three and four years old. 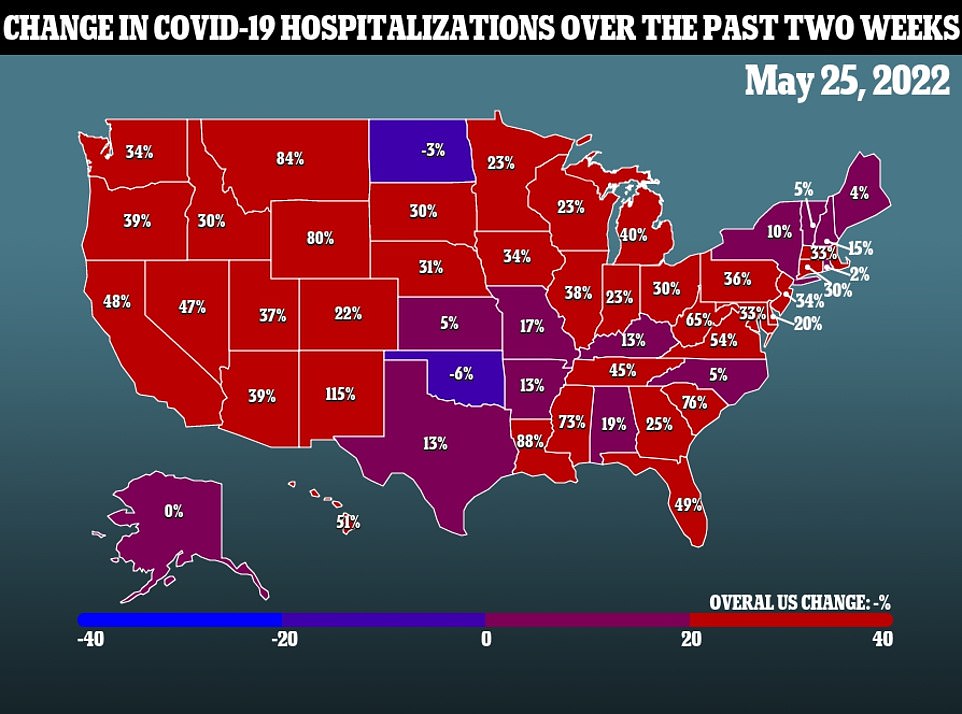 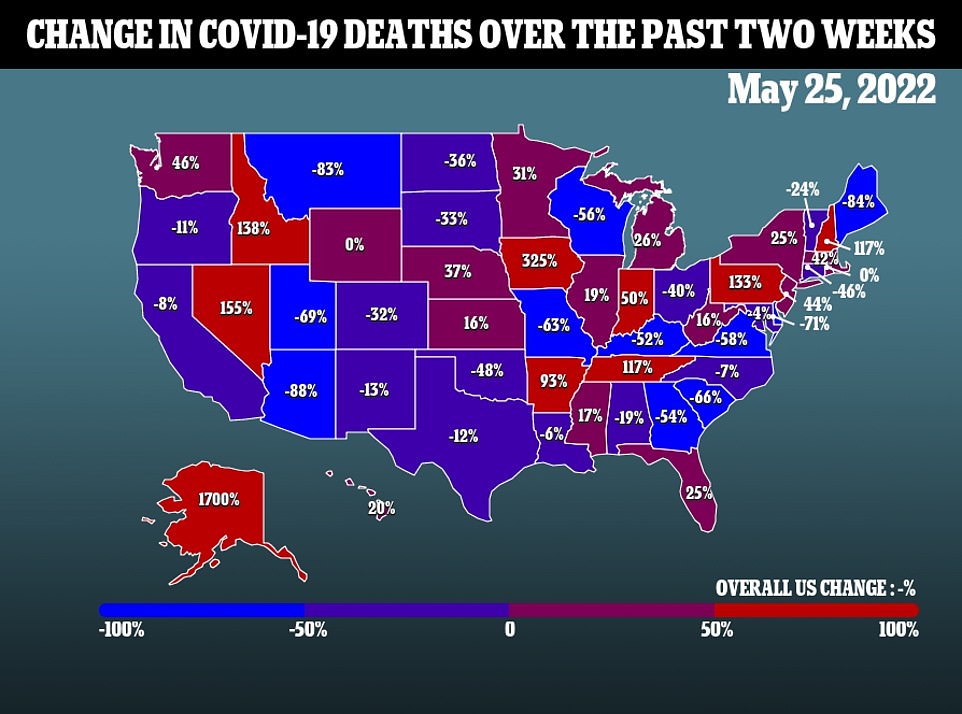