A Cambridge start-up has announced another UK trial for autonomous cars that sees more driverless vehicles operating mostly on the capital’s congested roads.

Wayve has unleash eight driverless electric Jaguar I-Pace SUVs across the country, though will focus on zones 1, 2 and 3 in London to improve the learning process of autonomous cars after securing a $20million Series A funding to launch the pilot scheme.

The trial will test the development the artificial intelligence – or ‘brains’ – of self-driving cars with safety drivers in the vehicles, though promised a full trial of the technology will follow once the technology has learned London’s complex roads.

Hitting the streets: Eight of these Jaguar I-Pace vehicles will be used by UK tech firm Wayve to learn the rules of complex roads – mainly in London – before automated trials begin

The pilot is the result of a new investment led by Eclipse Ventures, with participation from Balderton Capital, existing investors and several undisclosed preeminent leaders in machine learning and robotics.

This is the second new autonomous vehicle pilot in as many months.

It follows FiveAl’s driverless taxi operation that began in October and runs until the end of the year. It will use autonomous cars, manned by two trained drivers, to ferry volunteering Londoners around the boroughs of Bromley and Croydon.

Wayve says its technology is different and is more concentrated to developing a human approach for autonomous vehicles to learn how to drive on all roads around the world, taking into account different laws.

The firm was originally setup by Cambridge University’s engineering department and now moved to London to ‘access to an extraordinary talent pool and numerous complex testing environments’.

The electric Jaguars use only cameras mounted on a rig on the roof rather than a plethora of sensors and radars as used by Waymo and Uber vehicles conducting driverless vehicle trials in America.

These cameras work in unison with a 2D map and what Wayve describes as a ‘unique, end-to-end, deep learning driving brain’ to learn complex routes. 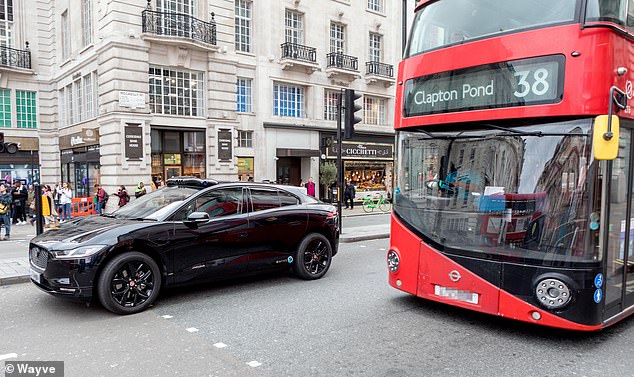 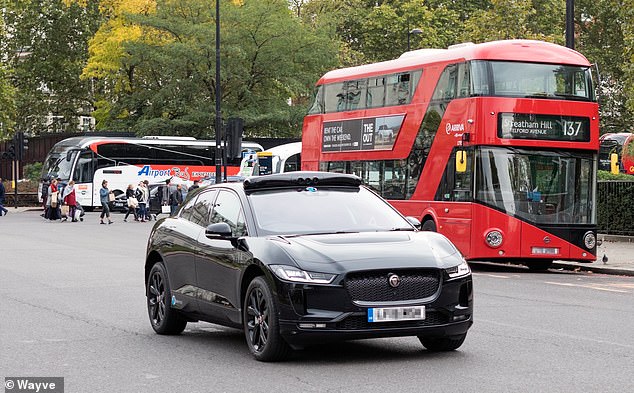 It will use a technique known as ‘reinforcement learning’ to understand when it makes a correct or wrong decision, reacting in the same way a human brain would

It will use a technique known as ‘reinforcement learning’ to achieve the feat.

This teaches the algorithm using trial and error, with correct decisions rewarded with uninterrupted driving, and mistakes being corrected by a safety driver in the car.

As the tests progress, the algorithm is designed to learn not to replicate any mistakes that have been previously rectified.

A spokesman told This is Money: ‘For now during autonomous testing they always have a safety driver monitoring the vehicle and a co-pilot monitoring the algorithms, until such point as the system is safe enough for them to consider removing the humans.

‘Wayve have said that as soon as they can demonstrate they are capable of the complexity on London’s roads, they’ll be commencing a commercial pilot launch.’

According to previous trials by the Wayve team, its artificial intelligence can learn to drive and corner while staying inside its own lane on a route within ’15 to 20 minutes’ after it first took to the roads.

He added: ‘The human brain has evolved over millions of years, computers have only had a few decades, but are catching up quickly.’ 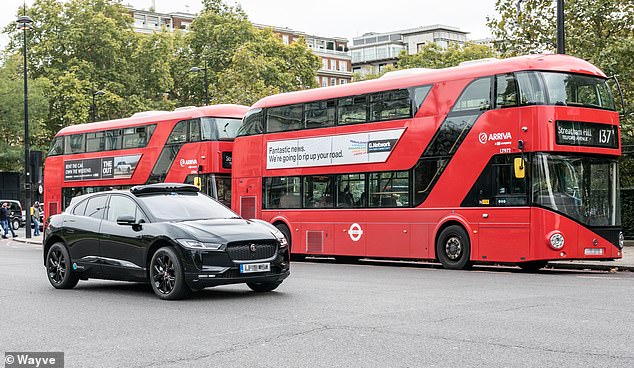 The trials are being covered by Admiral as an insurance partner 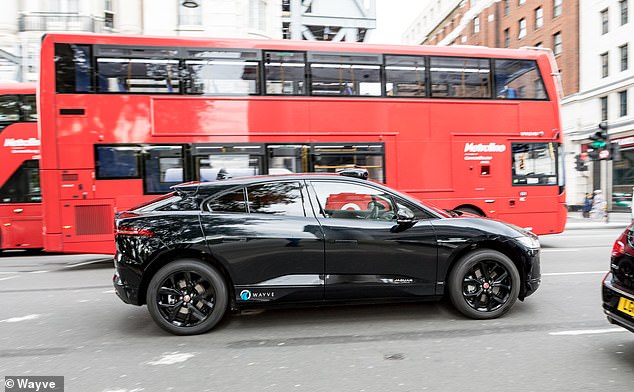 The vehicles will mostly be used in zones 1 to 3 in London, though no further details of the driving routes were revealed when This is Money asked for additional information 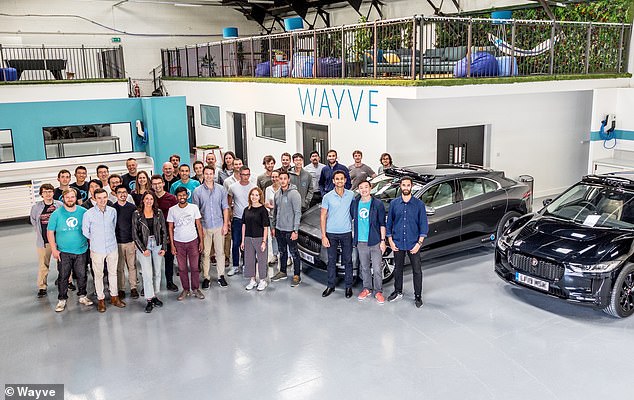 This artificial intelligence technology is designed to react like a human driver, quickly adapting to navigating an unseen road.

It says this is because existing autonomous solutions lack the requisite ability to detect and respond appropriately to potential hazards.

By contrast, the tech firm says its focus is to build a general and scalable driving brain applicable to any driving environment.

Suranga Chandratillake, partner at Balderton Capital, said the advances in driverless vehicle brains will be best developed in complex streets rather than ‘highly-structured roads’, such as those in the US and China where most autonomous vehicles trials are being carried out.

‘The average human learns to drive in just 50 hours with visual input primarily. Once we have learned, we are capable at driving on roads around the world despite vastly differing traffic laws and cultural context,’ he said.

‘Wayve’s self-driving technology is the closest to this human approach to learning. The great advantage of solving the problem this way is that it is robust in the face of a global opportunity.’

The trials are being covered by Admiral as an insurance partner.

The Cambridge tech firm said this this is the first time a European self-driving car company has attracted premier Silicon Valley venture capital funding to lead a Series A investment.