Terrorist’s final prayer… before blowing himself up in a church: New footage shows final hours of Sri Lanka suicide bomber as he attends mosque before slaughtering 28 people

Chilling new footage shows the final hours of one of the Sri Lanka bombers as he prepared to carry out a devastating terror attack on Easter Sunday.

CCTV footage shows Mohammed Nasar Mohammed Azar, 34, praying, chatting on the phone and scoping out his target before he blew himself up in the Zion church in Batticaloa.

Azar’s bomb killed 28 people in the church and more than 70 others were injured in the blast.

But harrowing new footage reveals he spent hours before the attack readying himself in a nearby mosque.

The security camera footage, obtained by Sky News, captures several hours of the terrorist’s intense build up to the bombing as he arrived in the east coast city at around 2am.

He is caught on camera pulling up outside the Jami Us-Salam mosque in Batticaloa, just minutes away from the Zion Church, carrying two bags.

For two hours starting at 3.13am Azar paces up and down outside the church and checks his phone. 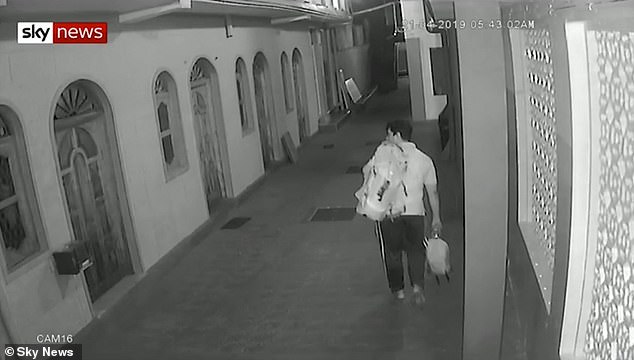 Azar arriving at the Jami Us-Salam mosque in Batticaloa, nearby the Zion church, and pacing around for several hours before being allowed to enter

At one point a police car drives near Azar, but he doesn’t seem fazed and the car drives off.

Azar eventually entered the mosque at 5.42am when the building was opened and spent several hours in prayer before slipping off to change into an outfit used in the bombing.

Just after 9.30am when the first bombs have already been set off in Colombo, Azar is caught on camera striding out of the mosque and disappearing out of shot in the direction of the nearby church.

He appears to pull out his phone and send a message before walking around the corner to his death. 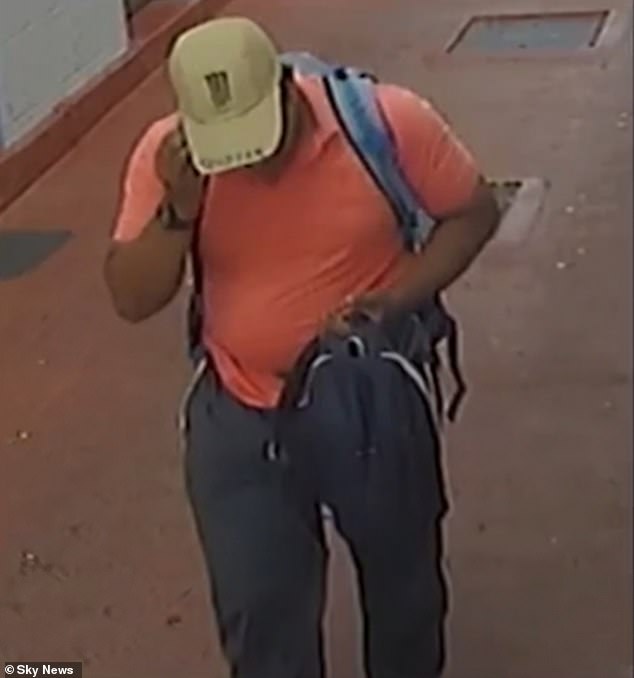 The orange shirt, baseball cap and backpack Azar wore for the attack. Authorities believed the bag contained the bomb