Neil Dymott, 56, of Hampshire, allegedly played the 60s soul hit When A Man Loves a Woman at the lesbian couple over the road for an hour after calling one a ‘f***** lezza’

A multi-millionaire harassed his New Forest neighbours by playing Queen’s greatest hits and BBC Radio 2 at full blast when their cockerel crowed, a court heard today.

Neil Dymott, 56, of Hampshire, also allegedly played the 60s soul hit When A Man Loves a Woman at the lesbian couple across the road for an hour after calling one a ‘f***** lezza’.

Helen Richardson and Paula Holland say the trouble with their neighbour started when the couple, who had hens, hatched a cockerel.

Dymott, a retired businessman, objected to its crowing and claimed he was going to sue them because it had affected the value of his £1million house and allegedly said: ‘Don’t you f****** mess with a multi-millionaire’.

Even after the couple’s cockerel was killed, Dymott blamed them for bird noise, the jury was told.

Claire Hook, prosecuting, said: ‘The two victims live in a rural area. Their neighbours bought chickens and they thought they would do the same.

‘The defendant is retired and lives around 80 yards (73 metres) from the property. He objected to the cockerel.

‘The cockerel died in November 2015 and the defendant was still convinced they were hiding a cockerel or there was a cockerel on the property.

‘It is the Crown’s position that ownership of a cockerel is completely legal and all parties live in a rural area. Hearing a cockerel would be part of normal countryside but these two victims took the brunt of Mr Dymott’s offence.’ 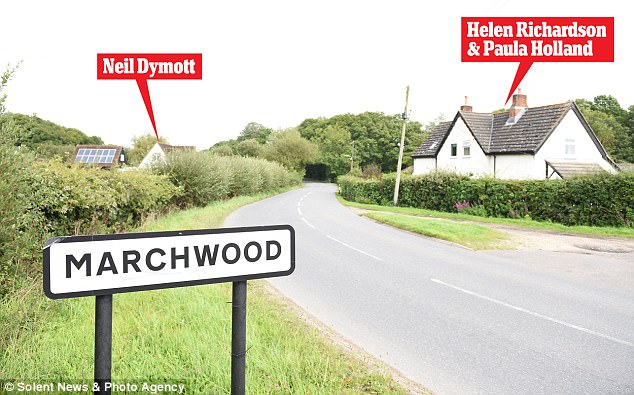 Helen Richardson and Paula Holland say the trouble with their neighbour across the road started when the couple, who had hens, hatched a cockerel

Southampton Magistrates Court today heard Dymott shouted ‘shut up’, ‘shut that f***** cockerel up’ and ‘shut that cockerel up or I’ll sort you’ on a number of occasions when the cockerel crowed.

He also allegedly called Miss Richardson, who lives with her partner Miss Holland, a sick witch and a psycho.

Giving evidence Miss Richardson, who moved into her semi-detached cottage in Marchwood 13 years ago, said: ‘In 2011 we got some rescue ex-battery hens – around five I think, and have owned hens since.

‘The idea was it was such a rural area, the next door neighbours had hens and we thought it would be nice to rescue ex-battery hens which were going to be killed otherwise.

‘At the moment we have got nine hens and seven chicks.

The court heard the couple were not aware they had a cockerel until it started crowing.

Miss Richardson added: ‘The next door neighbours had two cockerels and we did not think it would be a problem as we know our neighbours and give them eggs.’

The cockerel crowed first at around 9.30 in the morning after he was let out and was put back in his coop between 8.30 and 9pm.

Miss Richardson said he would crow four or five times during the day, with about 10 to 20 crows at a time, lasting no more than two minutes. 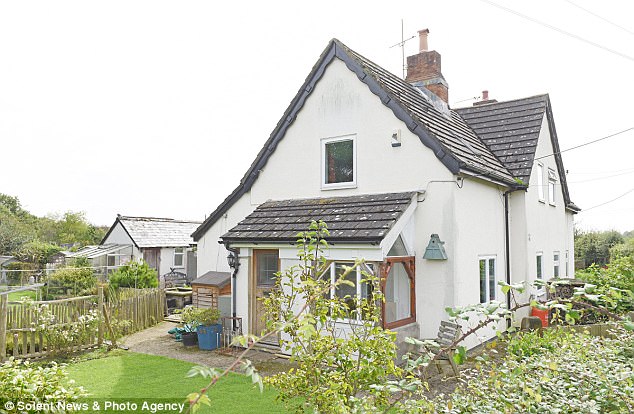 The court heard Dymott, of Marchwood, entered Miss Richardson and Miss Holland’s property and into their garden (pictured)

After receiving a letter from the council about a neighbour’s noise complaint, the couple moved the cockerel further down the garden, soundproofed the bird’s home and also bought an anti-crowing collar which went around the cockerel’s neck and prevented him crowing by restricting his air flow.

Miss Richardson said: ‘I managed to stop him crowing.

‘Even when my cockerel was not crowing, Mr Dymott was shouting across the road telling me to ‘shut my f****** cockerel up’ even though it was not my cockerel, it was my neighbour’s.

She added: ‘Sometimes he played Radio 2, sometimes it was Queen.

‘On one occasion he shouted across the road that I was a ‘f***** lezza’ and proceeded to play ‘When a Man Loves a Woman’ on repeat for an hour. But mostly it was Radio 2 and Queen music.

‘I could hear it clearly – the music, the words – from inside the house.’

Eventually Miss Richardson removed the cockerel’s collar after deciding it had not stopped Dymott’s behaviour and the bird was showing signs of distress.

The court heard the cockerel ‘went a bit mad’ after the collar was removed and was crowing more as well as attacking the couple whenever they stepped into the garden.

He was eventually killed by neighbours at the request of the couple in August 2015.

The couple got another cockerel in September 2015 from another fertilised egg – this bird also crowed but died in November 2015.

Miss Richardson said: ‘We think he was poisioned.’ 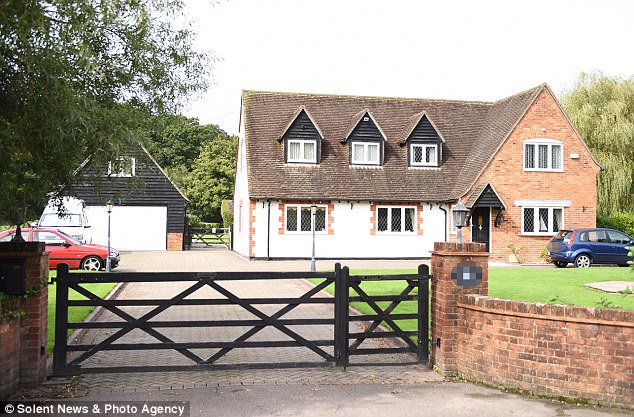 Dymott also allegedly left his home and allegedly called Miss Richardson, who lives with her partner Miss Holland across the road, a sick witch and a psycho

‘Mr Dymott was walking past with his wife and dog and he was shouting saying my hens were making too much noise and how would I like it if he let his dog out all day barking.

‘I said I lived far enough away that it would not bother me and that the neighbours had hens, peacocks and guinea fowl.

‘Mr Dymott walked into the driveway and he said ‘don’t you f****** mess with a multi-millionaire. My barrister is going to get you for £50,000 because you have devalued my house’.

‘I was quite angry by this point. He had threatened to take me to court so many times verbally and in letters.

The court heard that Dymott’s wife Karen allegedly walked away as Dymott entered the couple’s garden and was taking photos before entering a shed and coming out saying ‘I found the f***** cockerel’.

Miss Richardson, who described Dymott as a ‘madman’ during the incident, told the court Dymott had taken a photo of a hen in the shed and not a cockerel as she did not have one.

The trial, which is expected to last two days, continues.