‘Woke’ new birth certificates that leave out a baby’s sex have been slammed as ‘virtue signalling’ and a ‘waste of time and money’ by NSW MP Mark Latham.

The commemorative document has been brought in amid a push by activists to have the option to not to list a person’s biological sex on official identity forms.

Although the Rainbow Family birth certificate cannot be used as an official document, the NSW registry says the new design is a ‘special way for people to celebrate the birth of a new family member’ and to empower the LGBTIQA+ community.

Sydney-based artist Monica Higgins was commissioned to come up with the design, with the artwork costing tax-payers $9,257.

Parents can also buy birth certificates of their favourite football teams with the commemorative keepsakes worth $41.

Mr Latham says only 12 people out of 7.5million people in the state have purchased the new ‘genderless’ birth certificates dreamed up by ‘virtue-signalling’ public servants. 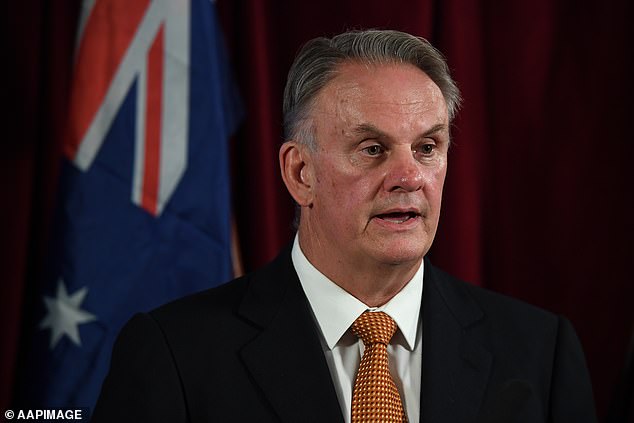 ‘The take up of 12 is an embarrassment for the government. It was never worth doing. They shouldn’t have spent one red cent on this woke nonsense,’ he said.

‘Was the LGBT community calling out for this? No.

‘It just shows that it’s about the people doing the initiative and not the cause they try and promote.’

The outspoken MP said the LGBTIQA+ community are like any other part of society and should not be treated differently by bureaucrats.

‘They want a good education and a good job, like everyone else,’ Mr Latham said.

‘Fiddling around with their birth certificate has nothing to do with those aspirations.’

Recently Tasmania passed a bill to make the sex of a baby optional on official documents. South Australia, the ACT and the Northern Territory also provide some gender-neutral options.

Other jurisdictions around the world – like New York – have also made a similar push.

‘The argument behind the proposal is that people who do not identify with the sex of their birth – transgender, gender-diverse and intersex people – are forced to ‘out’ constantly throughout life when their birth certificate is requested,’ Dr Fiona Kelly and Hannah Robert wrote in a paper for La Trobe University.

‘This can cause embarrassment, raise privacy concerns and potentially lead to discrimination.’