New Jersey cop, 39, fatally shoots himself in the head after crashing his SUV into two parked cars – as first responders were preparing to free him from the wreck

A veteran New Jersey police officer who’d recently become a father killed himself behind the wheel after crashing into two parked cars.

Roselle Park police patrolman Edward Nortrup, 39, shot and killed himself inside his mangled SUV in Matawan on Sunday while firefighters were preparing to get him out of the wreck.

The Monmouth County Prosecutor’s Office wrote in a press release that Nortrup was driving along Broad Street at around noon when he appeared to have lost control of his black Nissan SUV and smashed into the cars. 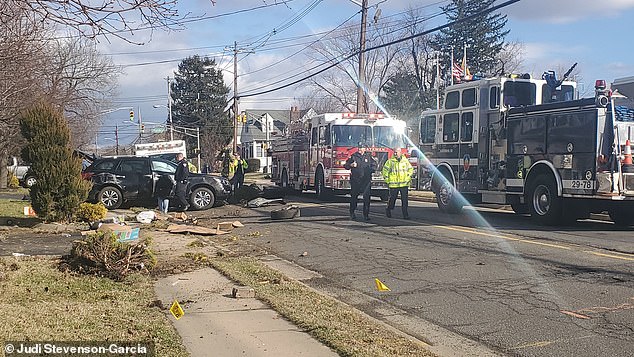 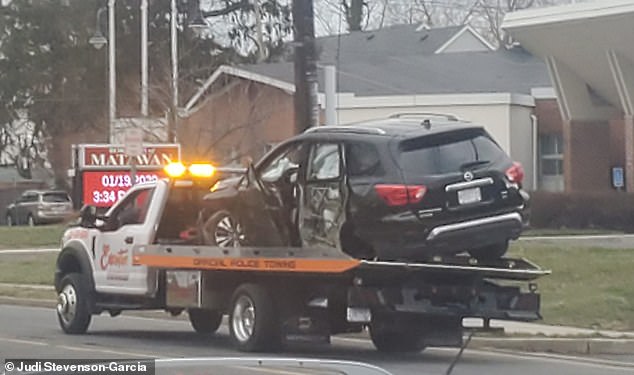 His SUV then partially rolled over before coming to a stop, reported Patch.com.

As first responders on the scene left Nortrup’s vehicle to go get tools needed to free him, the prosecutor said the officer got a hold of a firearm and shot himself in the head.

It remains unclear at this time what might have driven the 13-year veteran and married father-of-one to commit suicide. 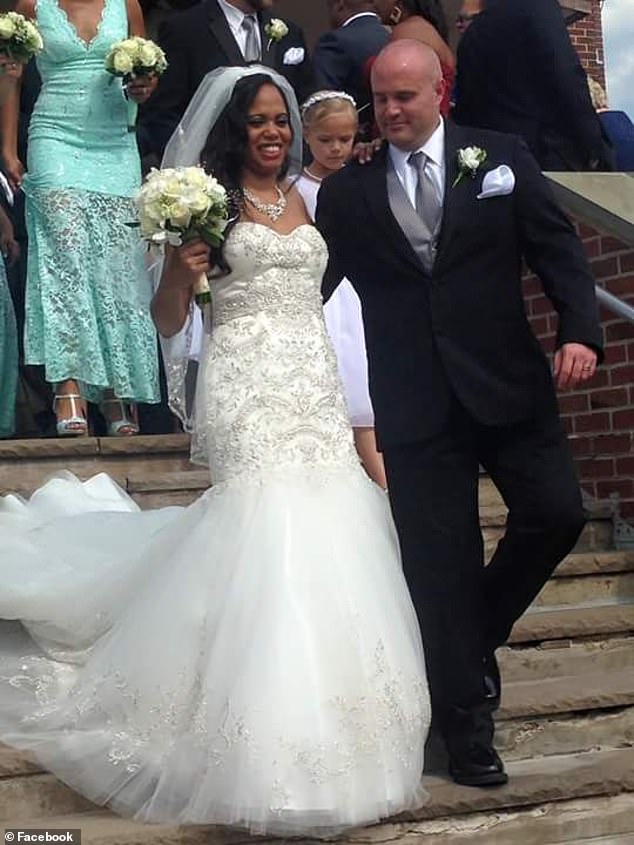 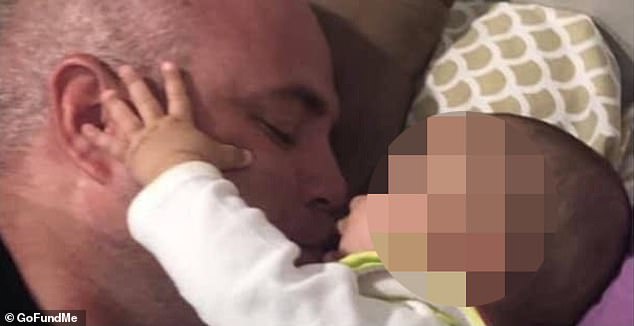 Nortrup is survived by his wife of four years and their 15-month-old daughter, Evelyn (right)

A 2007 graduate of the John H. Stamler Police Academy, Nortrup served in the Detective Bureau and had been a member of the Union County Emergency Response Team.

When Hurricane Maria devastated Puerto Rico in 2017, Nortrup was deployed to the island to help with relief efforts. 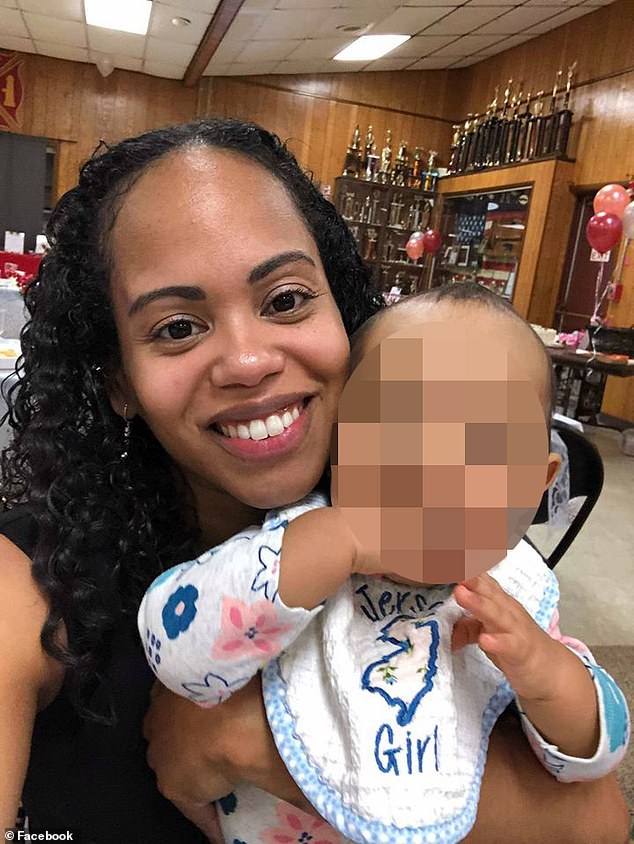 Esmeira Paulino, the wife of Edward Nortrup, is pictured with their 15-month-old daughter Evelyn

According to the description of a GoFundMe campaign launched by the Roselle Park Police Benevolent Association Local 27, where Nortrup served as executive board member and treasurer, the officer leaves behind his wife and their 15-month-old daughter, Evelyn.

‘For those fortunate enough to have known or worked with Officer Nortrup will remember him fondly as a caring, compassionate and kindhearted person,’ the page read.

All the proceeds from the online fundraiser will go to Nortrup’s baby daughter.