Fears are growing for a New Jersey couple who vanished after seeing off on a jet ski ride in Barbados.

Oscar Suarez, 32, and Magdalena Devil, 25, have not been seen since Monday afternoon, when they hired the vehicle from Holetown Beach on the island’s western coast.

The couple, who hail from Montclair, were both wearing life jackets when they disappeared, according to police.

The Police Marine Unit and the Barbados Coast Guard have conducted an extensive search for Suarez and Devil, but there has been no sign of the pair or the jet ski upon which they were riding.

Investigators have also scoured the couple’s suite at the Discovery Bay Hotel in St. James, but have found no clues to determine their whereabouts.

Oscar Suarez, 32, and Magdalena Devil, 25, have not been seen since Monday afternoon, when they set off on a jet ski they rented together from a Barbados beach

The couple hired the jet ski from Holetown Beach (pictured) on the island’s western coast. An extensive search of surrounding waters has yielded no sign of the pair

Suarez and Devil arrived in Barbados last Saturday, and planned to stay on the island for a week.

They have been dating for a year, according to family and friends.

According to her Instagram profile, Devil is an avid baker who runs her own cake-making business named Maggie’s Mad Batter.

Meanwhile, Suarez has two young children from a previous marriage, and his distraught family have pleaded with police to continue their search.

‘Please don’t stop looking. He has a daughter and son to come home to,’ his sister told the authorities through ABC News. 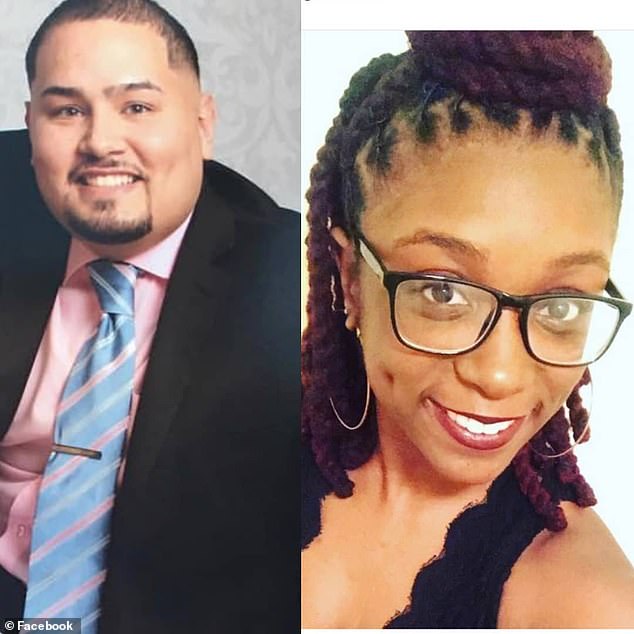 Meanwhile, Suarez’s mother says she has been making frantic calls to Barbados to try and help locate her son.

‘I’ve been calling; I call and call the police, the U.S. Embassy in Barbados, they can’t provide me with any answers. They haven’t called me back to let me know what I need to do or find out what’s going on with my son,’ she stated.

Police have released a flyer to the public, urging anyone with information to contact them immediately.

Barbados is grappling with a spike in homicide rates for 2019, and travel experts have issued a warning for tourists to take caution when visiting the Caribbean nation. 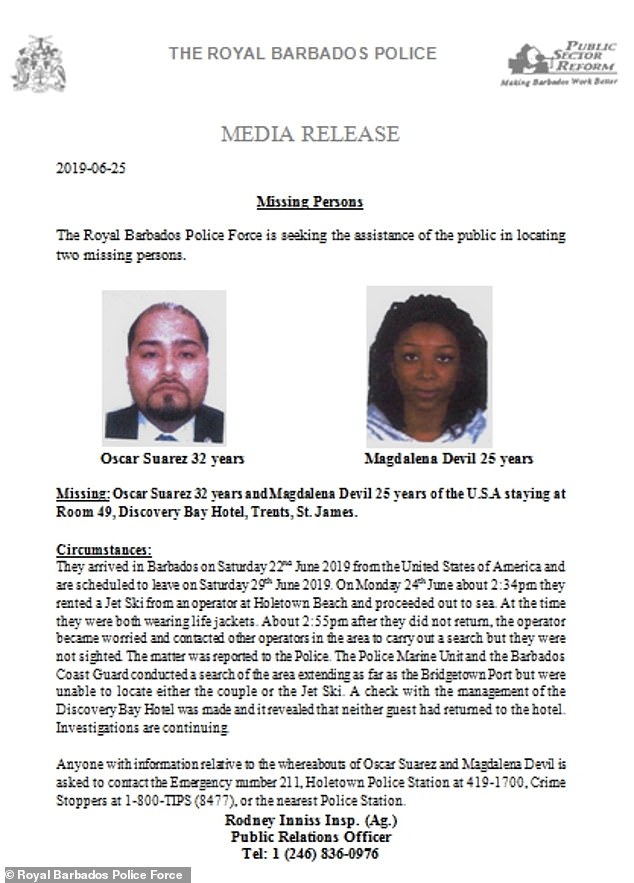 Authorities have urged anyone with information to contact them immediately