An eighth American tourist has died in mysterious circumstances while vacationing in the Dominican Republic.

The State Department confirmed that Joseph Allen, 55, of Avenel, New Jersey, was found dead in his hotel room at the Terra Linda hotel in Sosua. He was not staying at the same resort where many of the other Americans have died.

His sister Jamie Reed confirmed to ABC that he died on the morning of June 13 during a trip to celebrate a friend’s birthday.

The FBI is reportedly currently investigating whether the dead tourists had drunk tainted liquor.

Allen’s death comes as more American tourists tell how they have fallen violently ill while vacationing in the sun-soaked paradise.

An Oklahoma teens’ senior trip to the Hard Rock Hotel & Casino in Punta Cana, where at least two Americans have died saw seven members of the 40-strong group from Deer Creek High School get sick after flying out there on June 8.

Joseph Allen, 55, of Avenel, New Jersey, was found dead in his hotel room at the Terra Linda hotel in Sosua 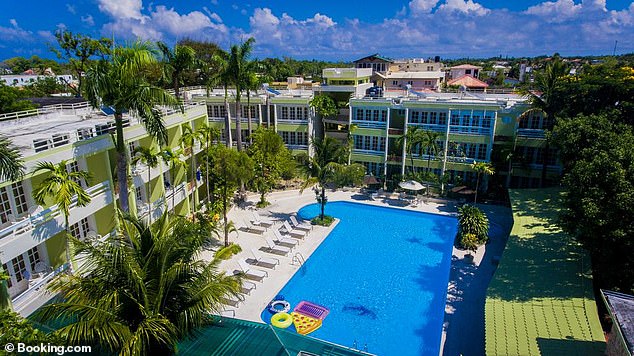 Allen, 55, of Avenel, New Jersey, was found dead in his hotel room at the Terra Linda hotel in Sosua (pictured) 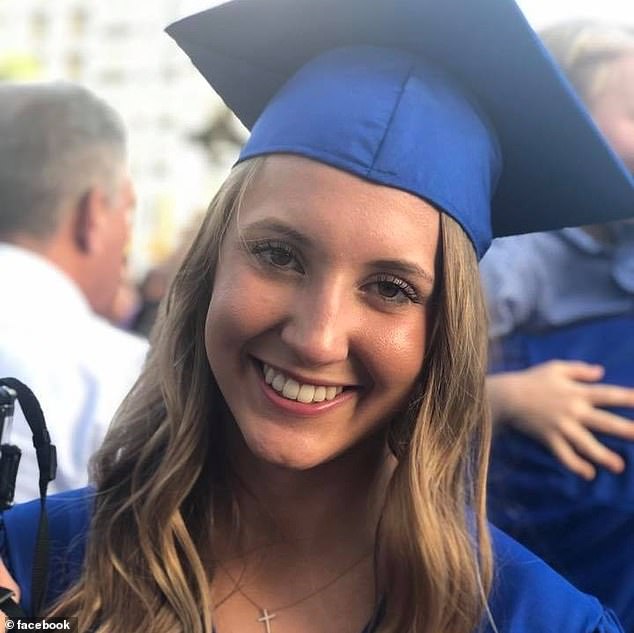 Liz McLaughlin said her daughter, Libby (pictured), was among those to fall ill after eating at a Japanese restaurant at the all-inclusive resort last Tuesday 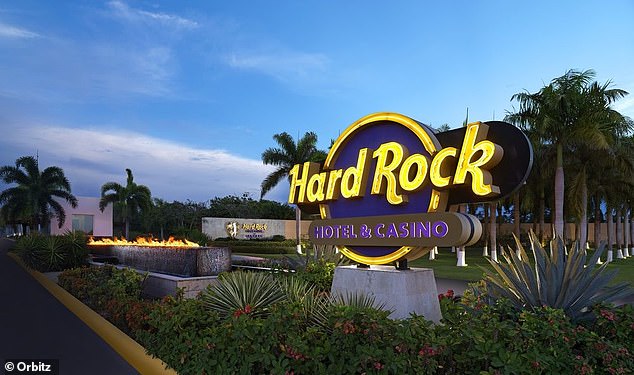 David Harrison and Robert Bell Wallace, have died at the at the Hard Rock Hotel & Casino in Punta Cana, pictured, in the last year

Liz McLaughlin told KOTV that her daughter, Libby, was among those to fall ill after eating at a Japanese restaurant at the all-inclusive resort last Tuesday.

‘We just don’t know what is happening,’ McLaughlin said.

Reed said that friends who were on holiday with her brother said he complained of feeling hot in the pool so went to take a shower. Later that evening he said he still wasn’t feeling right. When he didn’t show for breakfast and didn’t answer his door the hotel staff performed a wellness check and found him dead on the floor of his room.

Allen was reportedly in good health would visit the Dominican Republic multiple times a year. 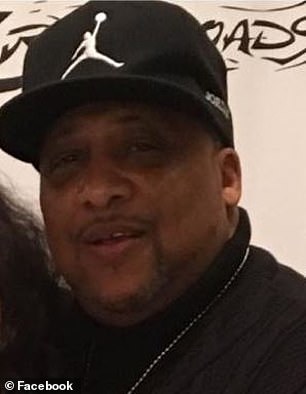 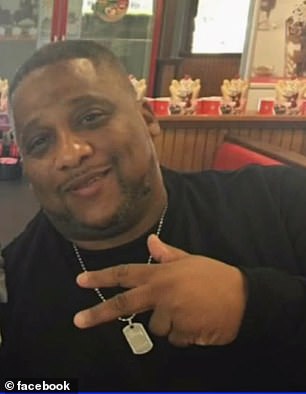 Reed said: ‘The families need answers,’ she said. ‘We deserve answers…My brother was my best friend. I spoke to him every day. This is killing me.’

‘I just don’t want them to suppress anything, especially with them embalming the body,’ Reed said.

‘We want answers. We’ve reached out to everybody, including Senator (Robert) Menendez to try to get some help from anyone.’

The confirmation of Allen’s death comes a week after Leyla Cox, 53, of New Brighton became the seventh American in last year to die in mysterious circumstances in Dominican Republic after she was found dead in her hotel room last Monday.

Her son William has claimed no toxicology report has been carried out on her because all the country’s machines are broken. 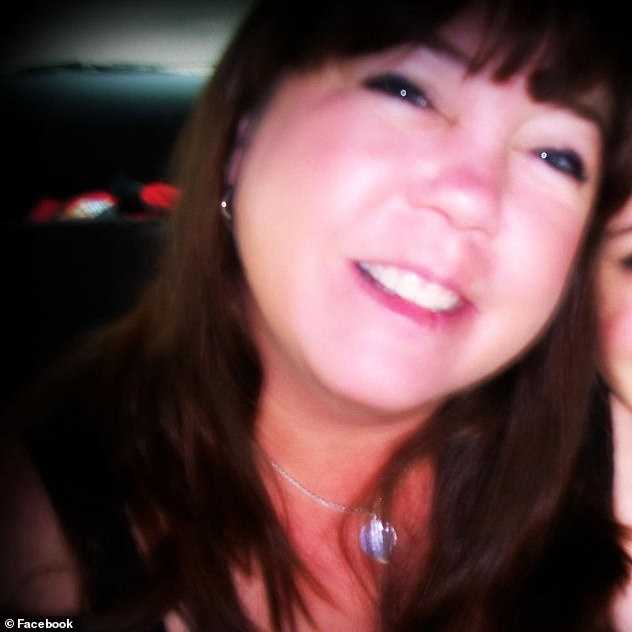 Leyla Cox, 53, of New Brighton, flew to the Dominican Republic on June 5. She was expected to spend a week on the island before flying back to New York on Wednesday, according to her son, William Cox. She died last Monday 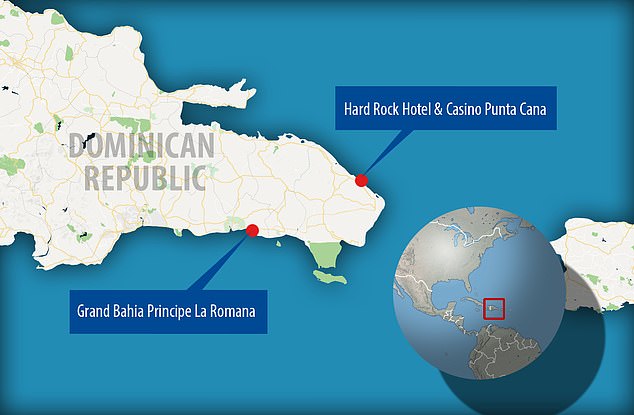 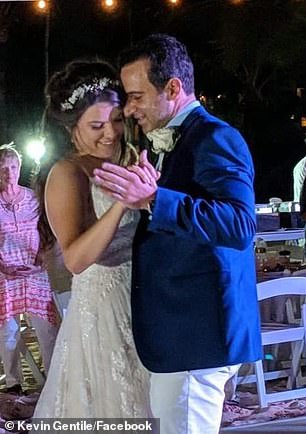 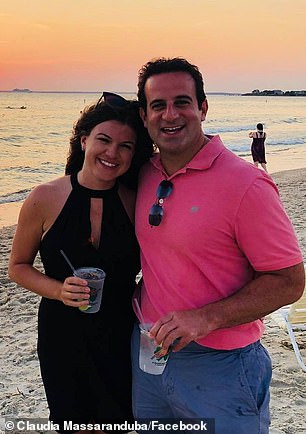 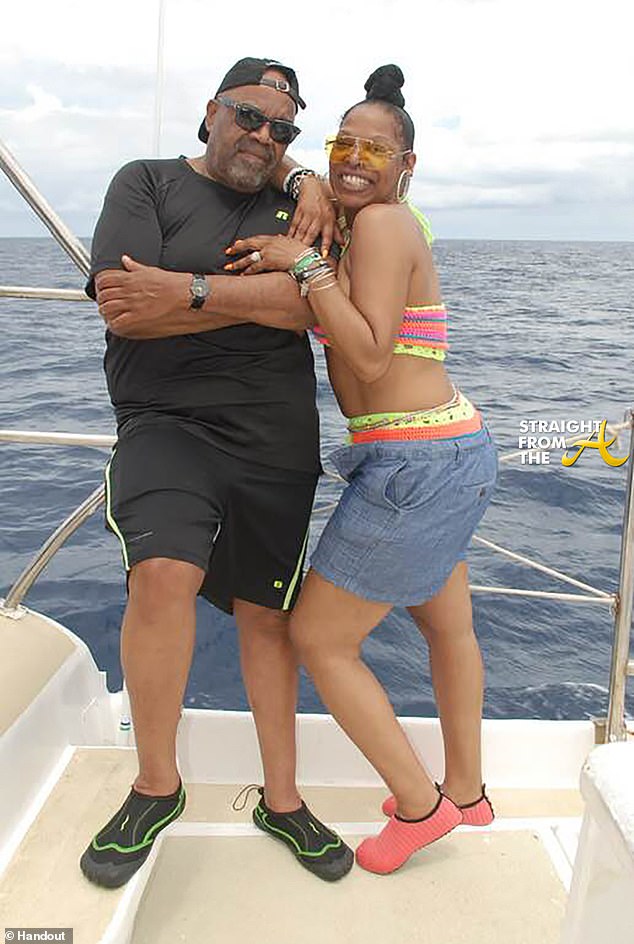 Cynthia Day, 49, and Nathaniel Holmes, 63, of Maryland, checked into the Bahia Principe Hotel, La Romana on May 25. They were found dead in their rooms five days now and their families say they now plan to carry out their own autopsies on their bodies

Authorities believe the deaths may have been caused by bootleg booze

Police believe the seven American tourists who have mysteriously died in the Dominican Republic over the past year may have been poisoned by bootleg liquor.

The Caribbean island has said the deaths are isolated incidents, but U.S. law enforcement sources told the New York Post that they are looking into who supplied the alcohol the victims drank in the hours before their deaths.

They also want to test the drinks to see if they contain dangerous chemicals.

One source told the Post that the FBI will take blood samples from the dead back to its Virginia research center for testing.

Most of the victims were apparently healthy adults, several of whom are known to have drank from their hotel room minibars before becoming extremely ill.

Lawrence Kobilinsky, a forensic science professor at John Jay College of Criminal Justice in Manhattan, told the New York post that the symptoms of many of the dead and sick, such as nausea, vomiting and diarrhea are consistent with poisoning from methanol or pesticides.

Methanol is toxic form of alcohol used as antifreeze. It is a light, colorless, flammable liquid with a odor similar to that of ethanol (drinking alcohol).

‘It looks to me, from what I’ve heard and read, is that something was added to the drinks or bottles in those little refrigerators,’ he said.

Cox said that he was told by the U.S. Embassy in Santo Domingo that his mother died of a heart attack, but in light of recent news reports about Americans dying during their vacations, he is not ready to accept the official explanation.

‘I have a right to be suspicious,’ he said. In a phone interview with the New York Post he explained: ‘The Dominican Republic has not released an autopsy report.

‘They will not do a toxicology report on her because they say the toxicology machines in the Dominican Republic are broken.

I’ve been trying to get her body flown back to the US, so we can do our own autopsy and our own toxicology report,’ he said.

‘But unfortunately that will cost a fortune. And I do not have anywhere close to that sort of money.’

Other tourists have told how they have fallen ill on the island. A bride told how she and her new husband both fell violently sick after their wedding day at a Dominican Republic resort forcing them to cut short their honeymoon.

Claudia Massaranduba and fiance Kevin Gentile, who live in the Boston area, were staying at the Hard Rock Hotel & Casino in Punta Cana when the began to suffer from vomiting and diarrhea.

The newlyweds, believed to have tied the knot earlier this month, told The New York Post that several members of their family also fell ill during the celebrations.

Claudia said Kevin was ill on morning of their big day: ‘It was scary. He had a fever, chills and we were more concerned about getting fluids into him than the wedding.’