A secret recording has been revealed that purports to catch a New Jersey sheriff making shocking remarks to his colleagues.

‘He talked about the whole thing, the marijuana, sanctuary state,’ said the voice that is allegedly Saudino, who is white and an elected Democrat.

‘Christ almighty, in other words let the blacks come in, do whatever the f**k they want, smoke their marijuana, do this, do that, and don’t worry about it. You know, we’ll tie the hands of cops.’ He was apparently describing the moment in the speech when Murphy, also a Democrat, said: ‘A stronger and fairer New Jersey embraces comprehensive criminal justice reform – including a process to legalize marijuana … and protects our hardworking immigrant families.’

The men heard in the tape then shoot the bull about the state’s new Attorney General Gurbir Grewal, who is Sikh.

Grewal at the time had been Bergen County’s prosecutor. Grewal said that the remarks heard in the tape were ‘inconsistent with the Mike Saudino I knew and worked with in Bergen County.’

‘Is she gay? Because she’s never been married,’ Saudino allegedly asked the others in the room about Oliver. 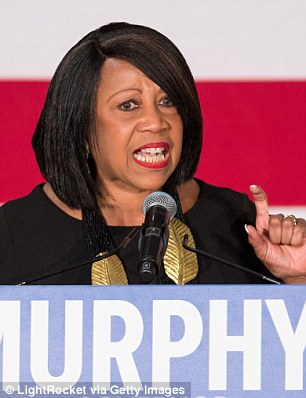 The tape appears to reveal Saudino speculating that Attorney General Gurbir Grewal was appointed ‘because of the turban’ and asking if Lt. Gov. Sheila Oliver is gay 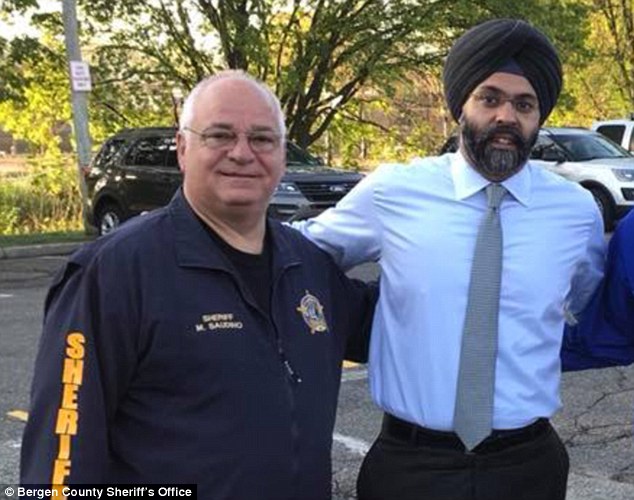 Saudino and Grewal knew each other well from Grewal’s time as Bergen County Prosecutor. The are pictured together above

After hearing the remarks, Governor Murphy called on Saudino to resign.

‘Without question, the comments made on that recording are appalling, and anyone using racist, homophobic, and hateful language is unfit for public office,’ Murphy told WNYC in a statement.

‘If indeed that is Sheriff Saudino’s voice on the recording, he must resign.’

Saudino has not commented publicly on the authenticity of the tapes or the governor’s call for him to resign.

A spokesperson for the Bergen County Sheriff’s Office did not immediately return a phone message from DailyMail.com.

Bergen County, which is just across the Hudson River from Manhattan and the Bronx, is New Jersey’s most populous county.

The Bergen County Sheriff’s Office employs more than 600 people, and is responsible for assisting municipal police departments, patrolling county roads and the courthouse, and operating the county jail.