New Jersey trooper, 47, is charged with child pornography possession after ‘a mom text him an explicit photo of her five-year daughter’

A New Jersey State trooper has been accused of exchanging explicit photos of a five-year-old girl with the victim’s mother, after the woman allegedly asked him if he wanted to rape her.

Jeffrey Reitz, 47, was arrested on Thursday on a charge of child pornography possession after investigators reportedly discovered an email chain between the defendant and the child’s mother.

The trooper, who has since been suspended, is said to have asked the woman to send an explicit photo of the girl to see if it sexually aroused him, court documents detail.

‘Any pics? I wanna see if it gets me hard,’ investigators say Reitz responded in an exchange on December 31, 2014.

When the woman sent the photo, Reitz is said to have responded with just one word: ‘Nice’.

Trooper Jeffrey G. Reitz, 47, of Williamstown, New Jersey was arrested on Thursday and charged with third-degree possession of child pornography

Authorities say Reitz also sent photographs of his genitals to the woman before and after she suggested that he should sexually assault her daughter.

The 47-year-old’s stated involvement in the email chain was discovered when Camden County Prosecutors seized evidence from the woman’s phone in a separate investigation. 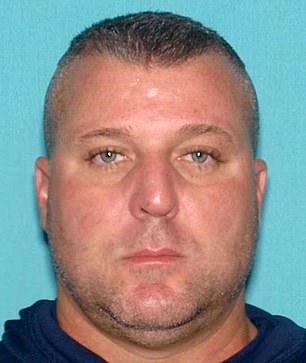 Reitz is seen in an undated photo. His lawyer maintains his innocence

The woman has pleaded guilty to permitting a child to engage in pornography and was sentenced to seven years in prison.

Reitz’s attorney, Stuart Alterman, vehemently denied the allegations on behalf of his client, insisting that: ‘Jeffrey Reitz is not guilty. We will see this case through his exoneration and restoration to duty,‘ he told DailyMail.com

Reitz is a veteran of the New Jersey State Police, serving among its ranks for 15 years. Alterman said the entirety of his career has been served ‘without incident.’

While legal proceedings are carried out, Reitz has been removed from his position at the State Trooper’s Commercial Carrier Safety Inspection Unit.

He is currently being held at the Salem County Correctional Facility and could face up to five years in prison and a fine of $15,000, if convicted.