A town less than two miles from the George Washington Bridge is putting up the ‘keep out’ sign for motorists seeking a shortcut to the world’s busiest span.

The decision for the New Jersey town of Leonia comes as a response to navigation apps that re-route some of the tens of thousands of vehicles headed to the bridge each morning.

Leonia started barring the use of side streets to non-residents during the morning and evening commutes Monday. Violators could face a $200 fine.

Local officials and police have said the decision isn’t a hasty one and that they’ve done extensive studies of traffic patterns.

Police Chief Thomas Rowe said studies have shown more than 2,000 vehicles often pass through town from just one of the three exits off Interstate 95. Leonia has about 9,200 residents and a police force of 18.

‘We are in a unique situation here,’ Rowe said. ‘We are a small town in a very busy area with a very small police force.’

A do not enter street sign stands in Leonia, N.J., on Monday, Jan. 22, 2018, where local officials are trying to reduce traffic congestion on their way to the nearby George Washington Bridge into New York 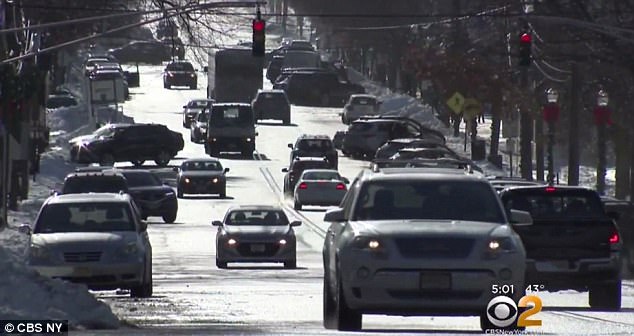 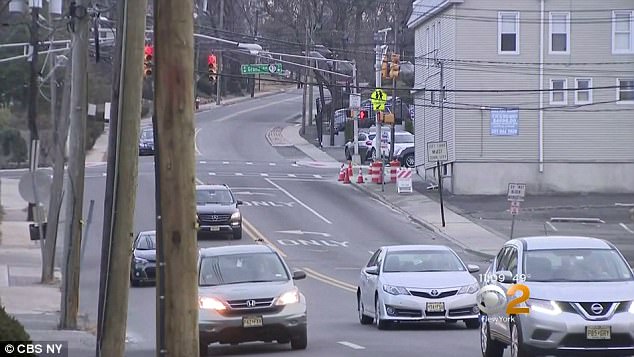 Maria Favale, who has lived in Leonia for nearly 30 years, said recently she tried to get to her church one morning through the congested downtown and nearly gave up.

Standing outside the borough hall Monday, she noticed a marked difference: Fewer cars.

‘I don’t know if it’s because it’s the first day and people are worried about tickets, but it’s been great,’ Favale said. ‘It’s beautiful; so peaceful. I can’t believe it.’

More than 140,000 vehicles cross the bridge each day, most during commuting hours, and when there is an accident, lane closure or other problem, it has a ripple effect.

On one such day in 2014, a woman in Leonia was struck and dragged by a school bus and later died.

Leonia’s traffic problems have been exacerbated in the last several years as navigation apps such as Waze have exploded in popularity.

They are programmed to send motorists to faster routes – and not necessarily with regard for where those routes go, Rowe said. 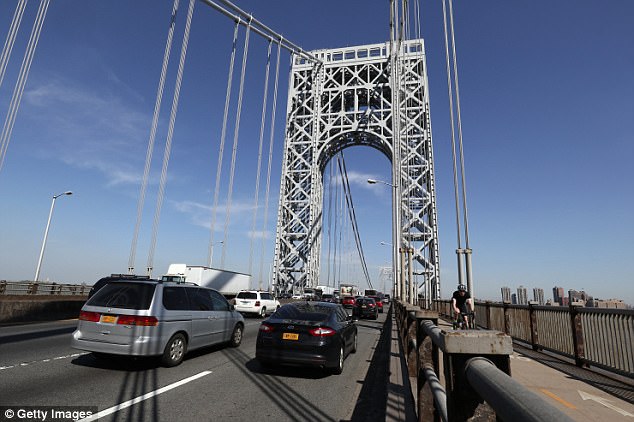 Vehicles and a cyclist cross over the busy George Washington Bridge on April 28, 2017 in New York City

‘Any road that’s open can be used regardless of topography, width, whether it’s through a school zone,’ he said.

‘Sometimes I think they need to do a better job of seeing whether a road is suitable for cut-through traffic.’

That said, Rowe said Waze has been ‘extremely helpful and extremely cooperative’ and has changed its app to reflect the road closures.

Rowe said his officers initially will give motorists warnings, but will eventually begin writing tickets.

Leonia’s plan has struck a chord around the world: Rowe and Mayor Judah Zeigler have fielded interview requests from France and Canada, as well as from the major television networks and CNN.

Road crews have been putting ‘Do Not Enter’ signs on about 60 side streets in town.

Residents are exempted from the restrictions, if they display a yellow tag hanging from their rearview mirror. About 1,400 tags had been mailed to residents as of last week.

‘If we never write one ticket, I’d be very happy’ Rowe said. ‘Hopefully it will change people’s driving behavior; that’s the goal here.’ 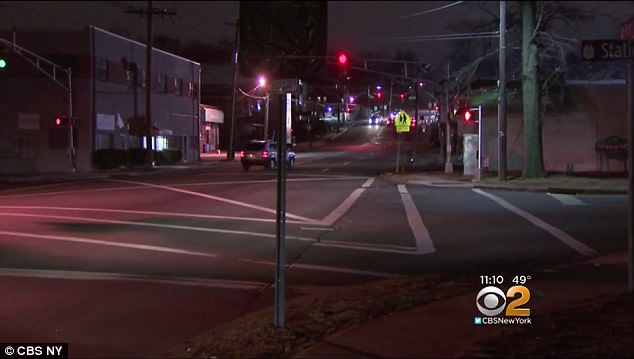 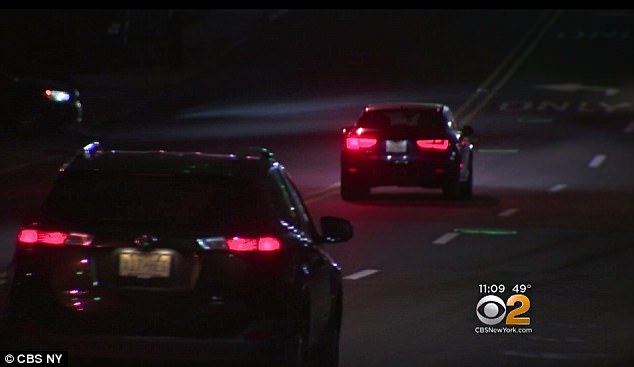