A New Jersey woman who was convicted in 2016 of murdering her five-year-old son in 1991 has now sued Middlesex county and its Sheriff for injuries she sustained at trial.

Michelle Lodzinski, 50, filed a lawsuit in state court on Friday claiming county officials breached their duty of caring for her by escorting her too quickly while she was restrained, causing her to fall, and then denying her adequate medical care while she remained in custody after the February 2016 incident, according to Law360.

The personal injury lawsuit seeks unspecified damages and costs for the woman who was found guilty of killing her son, Timothy Wiltsey, in May of 2016, 25 years after he vanished.

She is currently just over a year into serving her 30-year sentence for killing the boy.

Michelle Lodzinski, 50, who was convicted in 2016 of murdering her five-year-old son in 1991 has now sued Middlesex county and its Sheriff for injuries she sustained at trial

Timothy’s body was found eleven months after Lodzinski claimed he went missing from a carnival in Sayeville, New Jersey, in May of 1991.

No one ever saw the boy there and his remains were found buried with a blanket from their home in marshland near where his mother worked.

Lodzinski said nothing as she was given her sentence in January 2017, maintaining still that she did not know what happened to her son.

At present day, her attorney Gerald Krovatin has said she is in pain with loss of feeling in some fingers, as she remains incarcerated at Edna Mahan Correctional Facility in Hunterdon County, according to NJ.com. 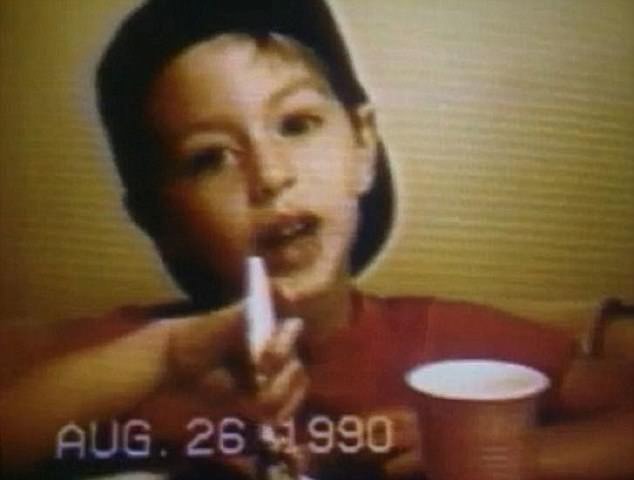 Prosecutors said the mother killed Timothy Wiltsey, 5,  because he was a ‘burden’ on her

‘She’s had one surgery and will probably need another,’ Krovatin said. ‘It looks like she has permanent nerve damage.’

The lawsuit, which sought unspecified damages and costs, said the county breached its duties of care.

Lodzinksi alleges the source of her injuries to be a fall she sustained while being escorted through the Middlesex County courthouse, to her holding cell in the basement, by three Middlesex Sheriff’s deputies. 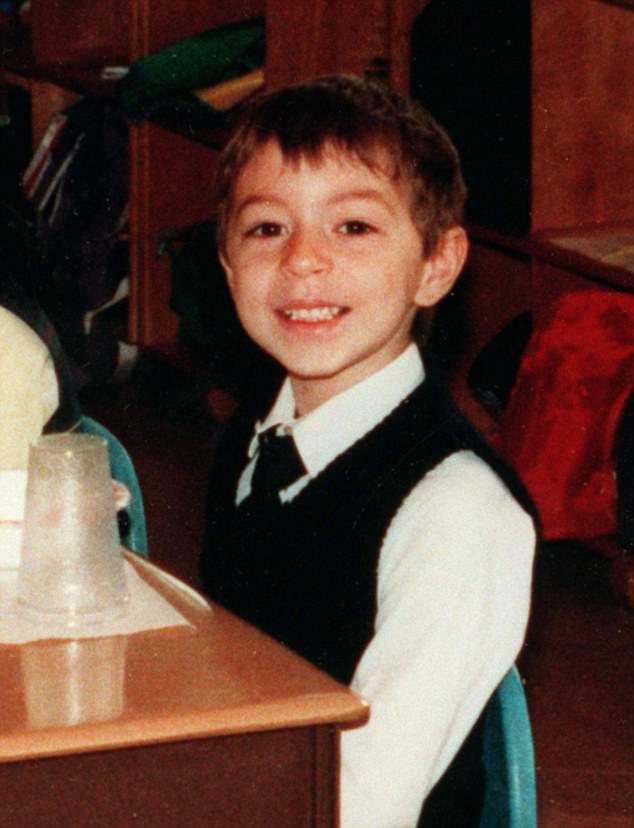 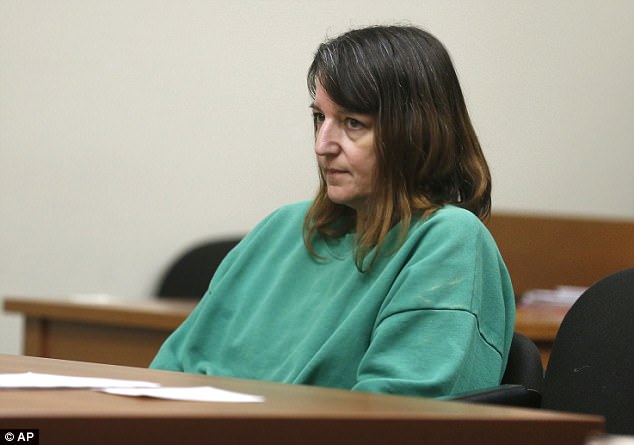 Lodzinski’s complaint claims the convicted killer was ‘refused adequate medical care or treatment for her injuries, causing her additional injuries and additional pain and suffering,’ despite repeated complaints about her injuries to medical staff and others at the courthouse

The complaint claims the convicted killer was ‘refused adequate medical care or treatment for her injuries, causing her additional injuries and additional pain and suffering,’ despite repeated complaints about her injuries to medical staff and others at the county courthouse.

She claimed to have lost him at a carnival that came to town near where they were living at the time.

Lodzinski however changed her story several times in the months that followed, later claiming he had been abducted. 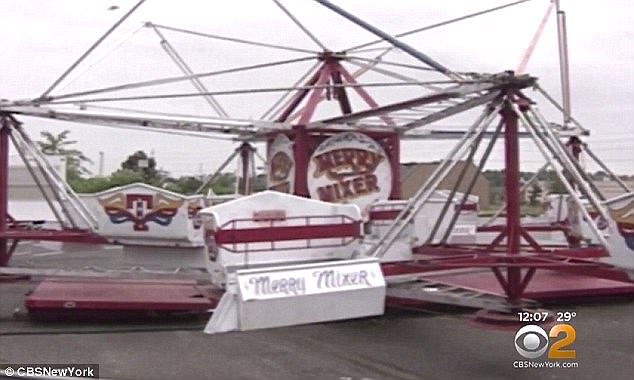 Lodzinski first claimed to have lost her son at a carnival that came to town near where they were living at the time, and later said he was abducted

During police interviews she said he had been taken by a group of men and women but later changed her description to say the kidnappers had a young girl with them.

When Police found the boy’s body just under a year later, they were unable to determine a cause of death because it had decomposed so badly.

A blanket was found nearby alongside a pair of sneakers and balloon with Teenage Mutant Ninja Turtles logo on the front.

Despite being questioned by police, she was never arrested at the time due to lack of evidence.

Detectives reopened the case years later, and charged Lodzinski in 2014 after receiving an anonymous tip. 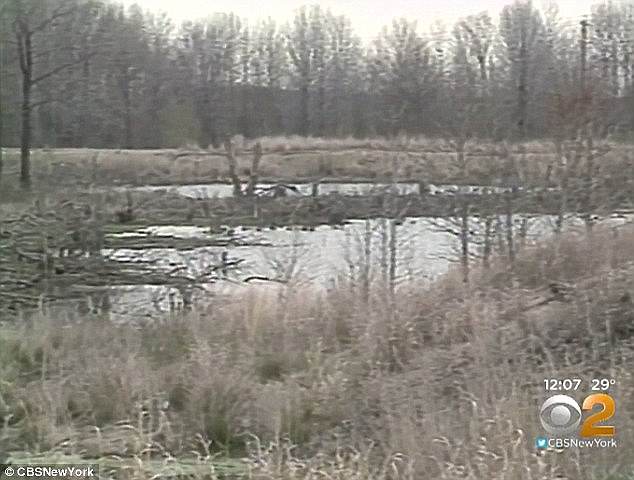 They interviewed his cousin and babysitter who said the blanket had come from the family’s home.

Danielle Gerding was with Lodzinski at the carnival when she Timothy’s mother, who now has two other sons, ‘calmly’ said he was missing.

They looked for him together in the woods but could not find him, Gerding said.

Others who knew the family remembered seeing the mother there but not Timothy.

Prosecutors said Lodzinski only went to the fair to give herself an alibi after killing Timothy earlier in the night.

‘The carnival was a cover-up. It was a way the defendant sought to escape detection. Timothy was in the ditch around the corner from where she worked, with his blanket and a balloon,’ prosecutor Christie Bevacqua said at the time of trial.

‘Timothy was a burden on her. He was just no longer wanted, and her solution was a life without Timothy.’

Alan Rockoff, the Middlesex County prosecutor when Timothy disappeared, now retired, said prosecutors didn’t have enough evidence to charge her at the time that he went missing in 1991. 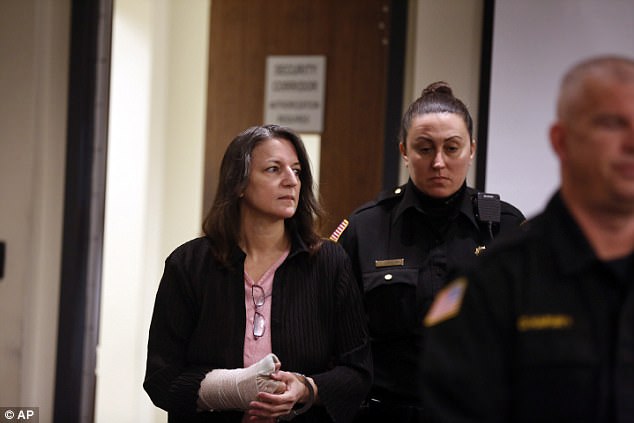 Alan Rockoff, the Middlesex County prosecutor when Timothy disappeared, now retired, said prosecutors didn’t have enough evidence to charge her when he went missing in 1991