Darlington mansion is situated in Mahwah, New Jersey, just 25 miles from New York City in an area flanked by the Ramapo Mountains and Valley.

The building boasts of 12.5 acres of land, 58 rooms and over 450 windows across the mansion, making it fit for royalty. 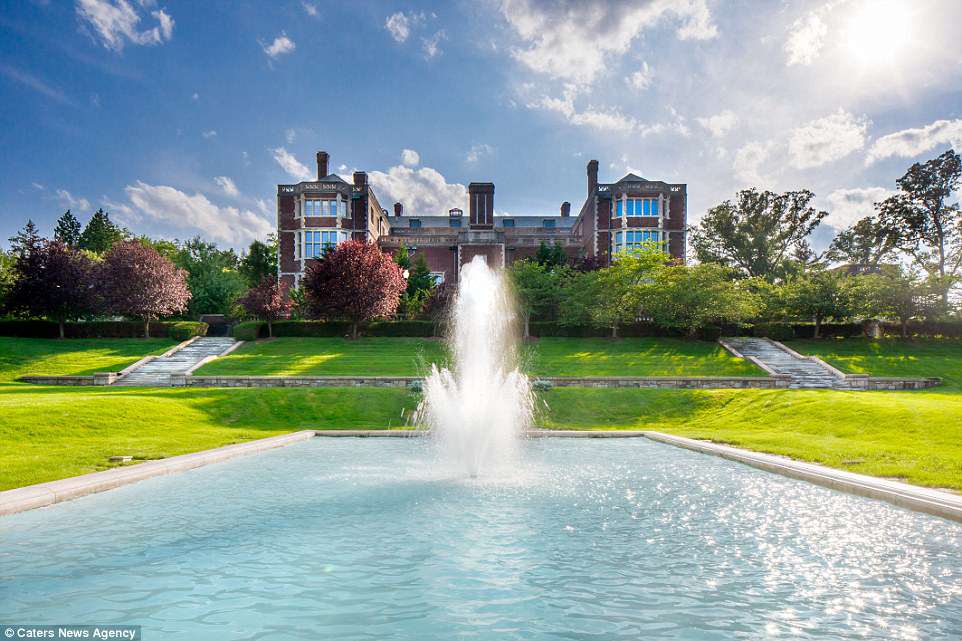 The property was originally constructed in 1907 and has been meticulously renovated in the last seven years.

He saw in the area of Mahwah, New Jersey, an escape from the rushed and crowded life of New York City and ample space that would allow him to build the estate of his dreams.

The architect of the mansion was James Brite, who along with his partner, Henry Bacon, also created the original Madison Square Garden, American University in Washington, D.C., and the world-famous Lincoln Memorial in Washington, D.C. 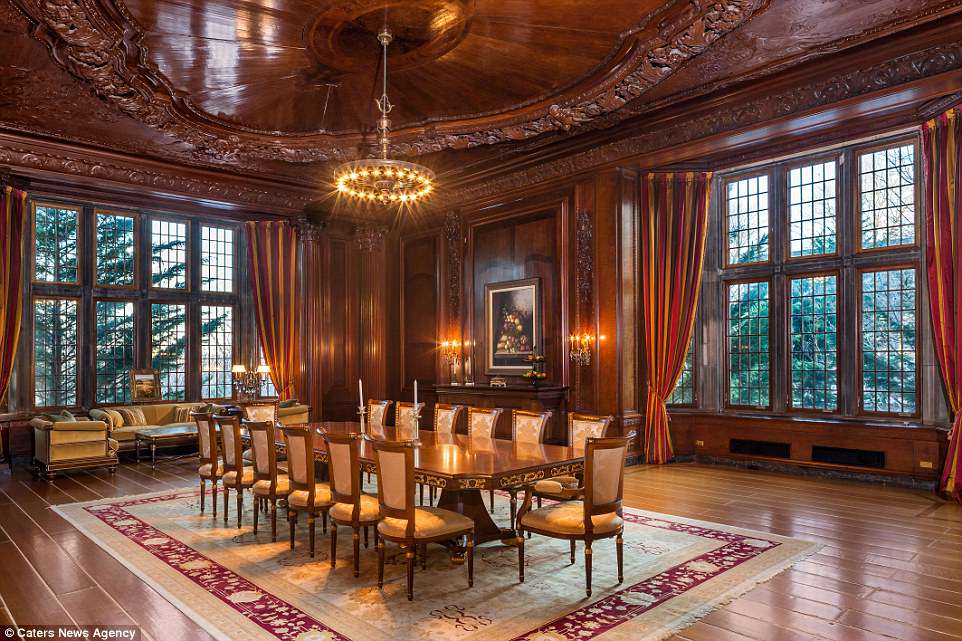 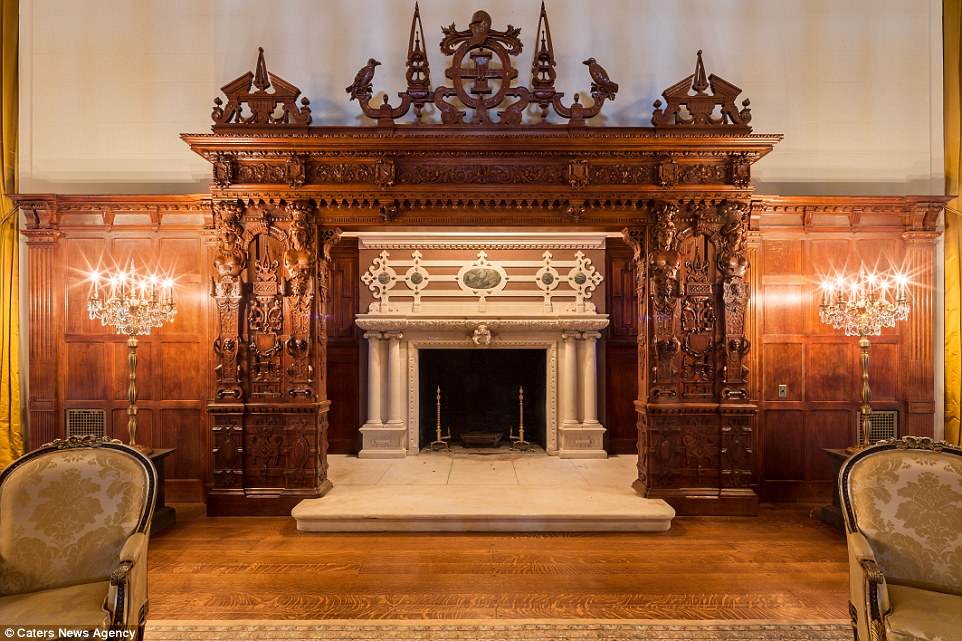 The ornate fireplace at the mansion was created by some of the 200 artisans, craftsmen and other professionals who worked in the mansion 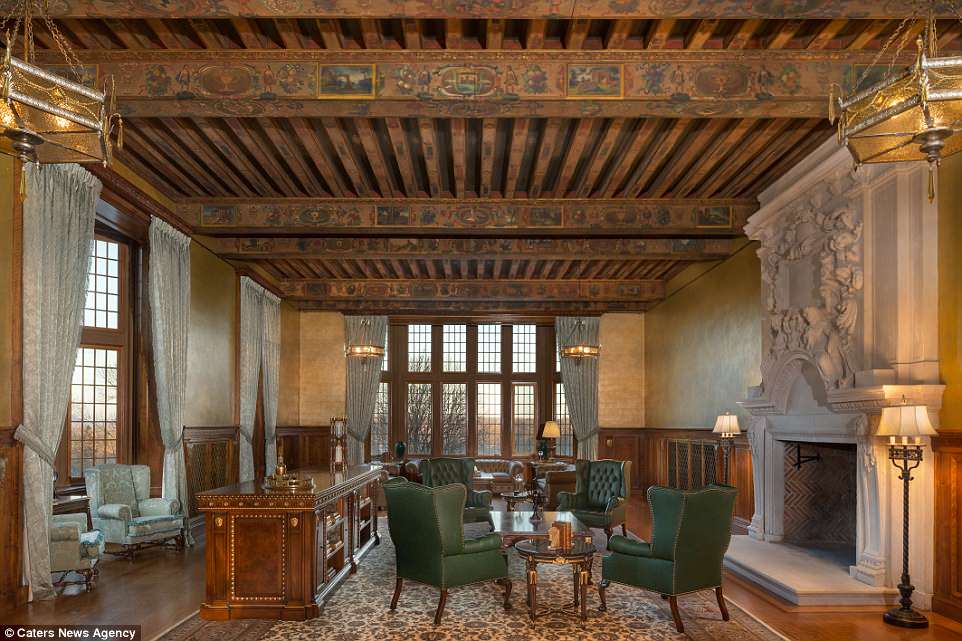 However, the property, which has been dubbed America’s Versailles, comes with a hefty price tag of over $48 million.

But the lucky owner will be treated to a life of luxury – with two swimming pools, a personal spa, massage, beauty and exercise rooms, an elaborate wine cellar and their own private cinema.

Ilija Pavlovic, Owner and CEO of Special Properties Real Estate Services, said: ‘When Darlington was built between 1902 and 1907, hundreds of the best workers and best artisans from all over the world were involved.

‘Over 200 artisans, craftsmen, and other professionals addressed every room of Darlington.

‘They spoke different languages, but shared the understanding that they are all part of the exciting process of reviving a masterpiece that will stand out for generations to come.’ 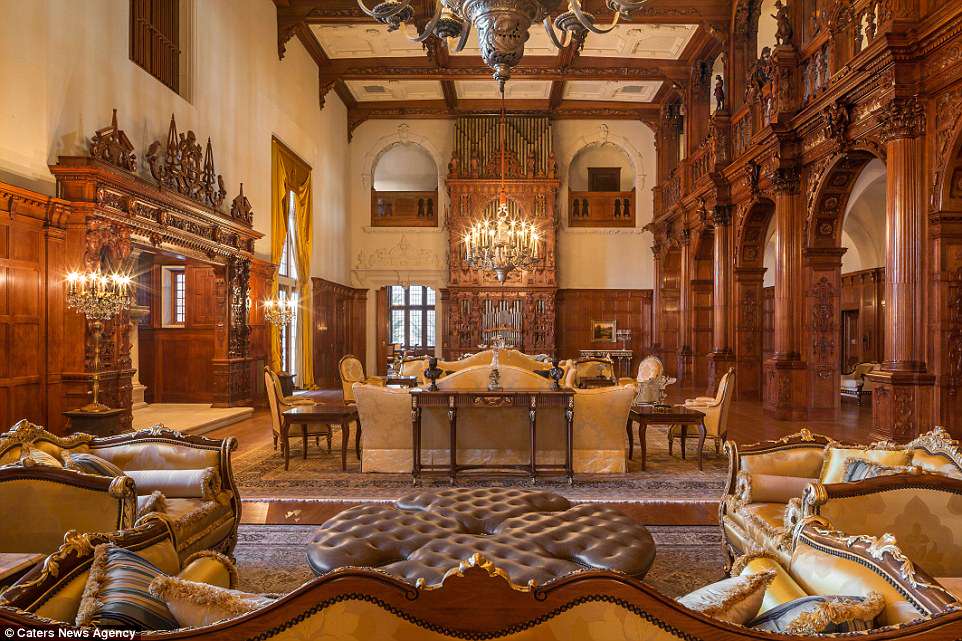 The great hall of Darlington features 30-foot-high ceilings and comes complete with one of, if not the only, 1906 Aeolian Player Pipe Organs in the United States 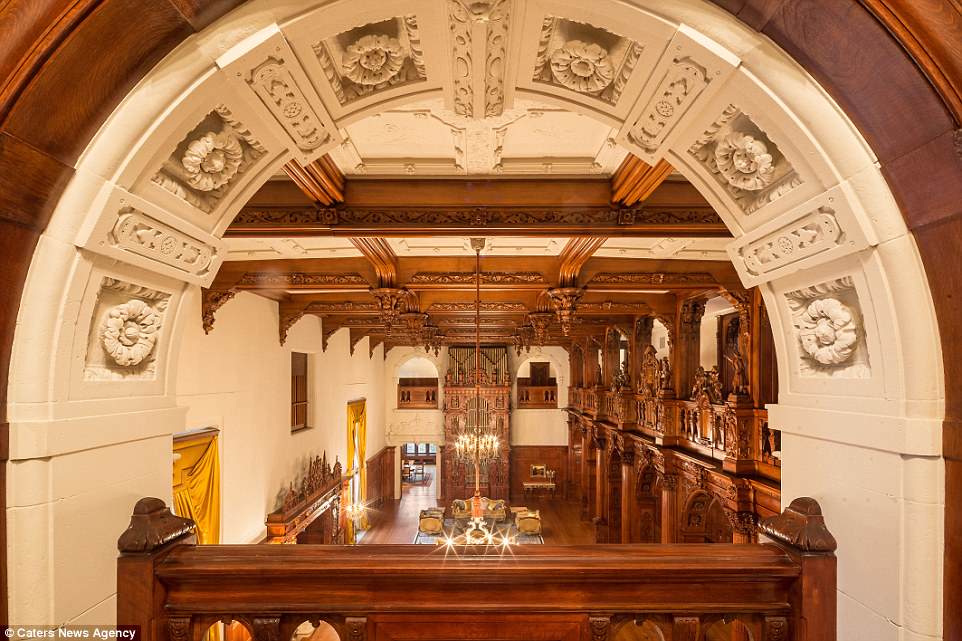 Another view of the Great Hall. The huge scale of the property has led to it being dubbed ‘America’s Versailles’ 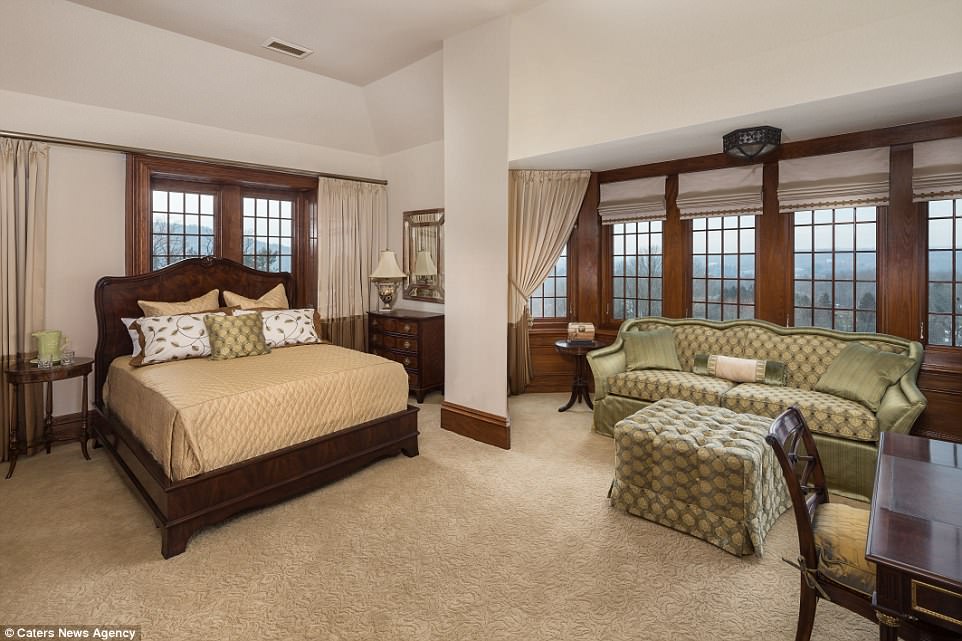 One of the 58 bedrooms, which includes some of the mansion’s 450 windows. This room has a spectacular view of the 12.5 acres that surround the property in New Jersey’s Ramapo Mountains and Valley 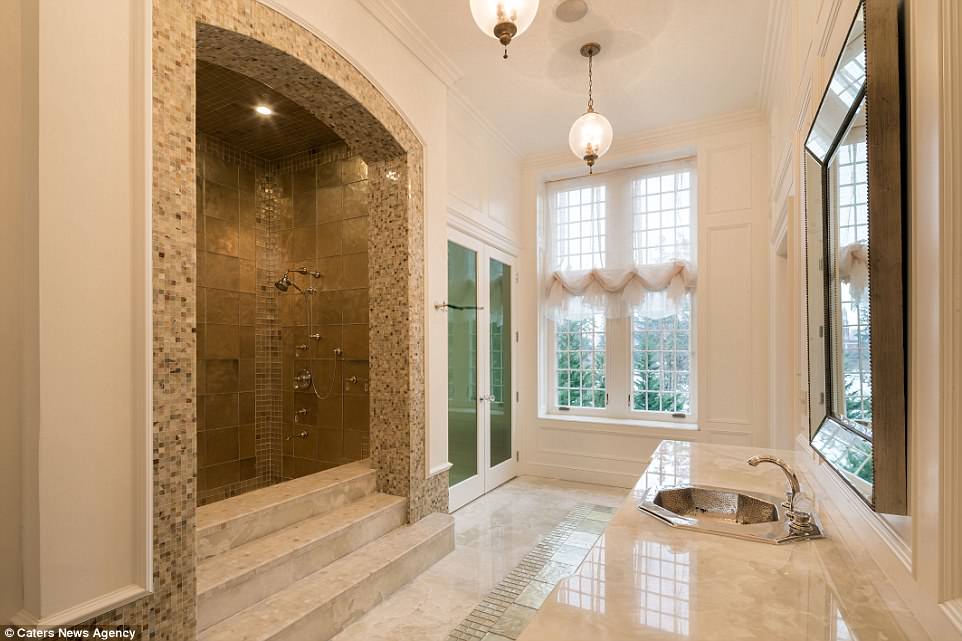 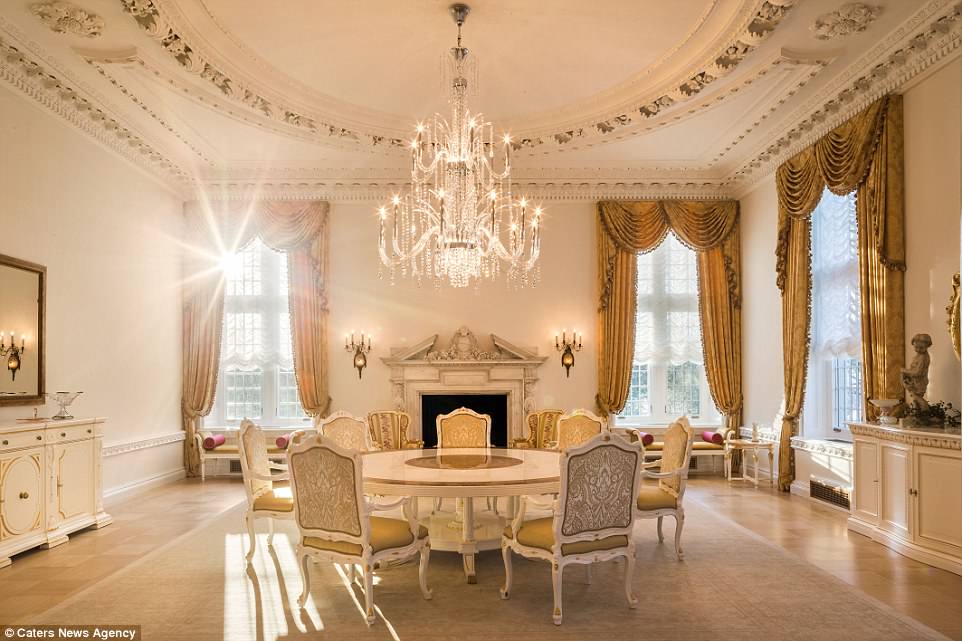 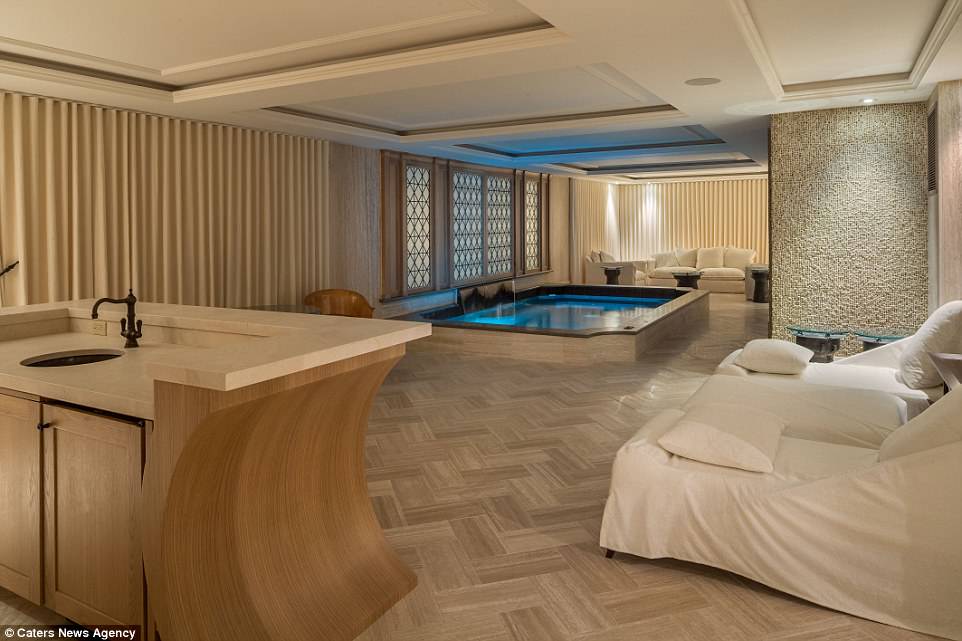 Among the amenities the lucky owner will be able to are two swimming pools, a personal spa, massage, beauty and exercise rooms 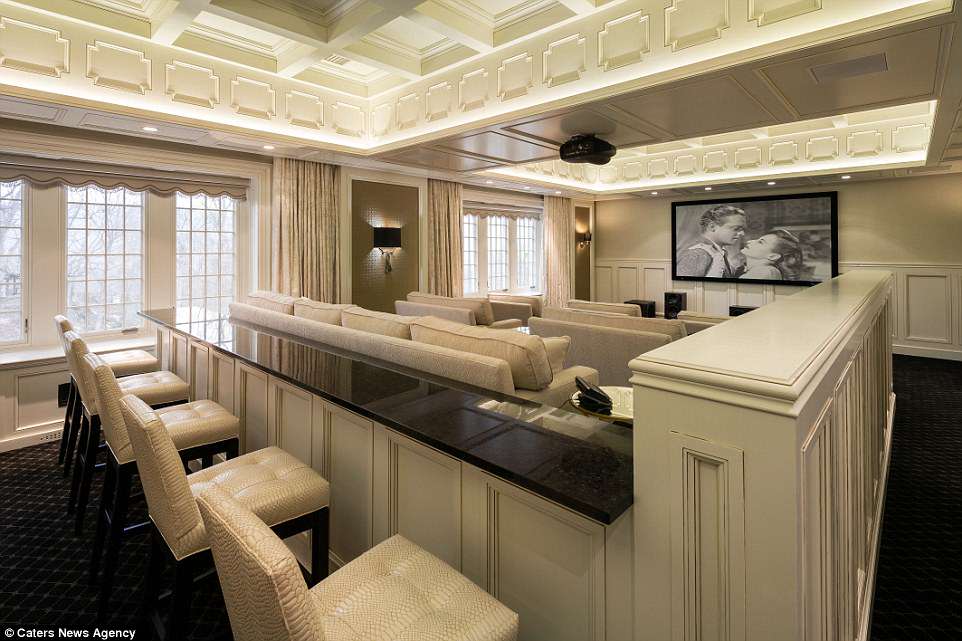 There is also a cinema with room for the many guests the mansion is able to accommodate and there is also a billiard room with bar, poker room and game room  for entertaining 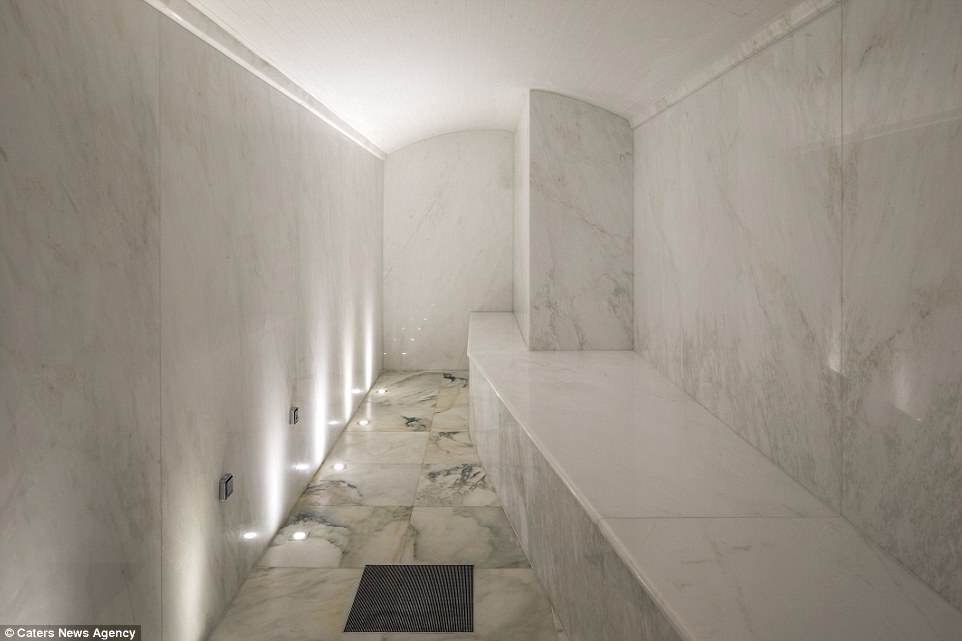 The sauna and steam room of the mansion, some of the amenities that have been added to the historic property in recent years 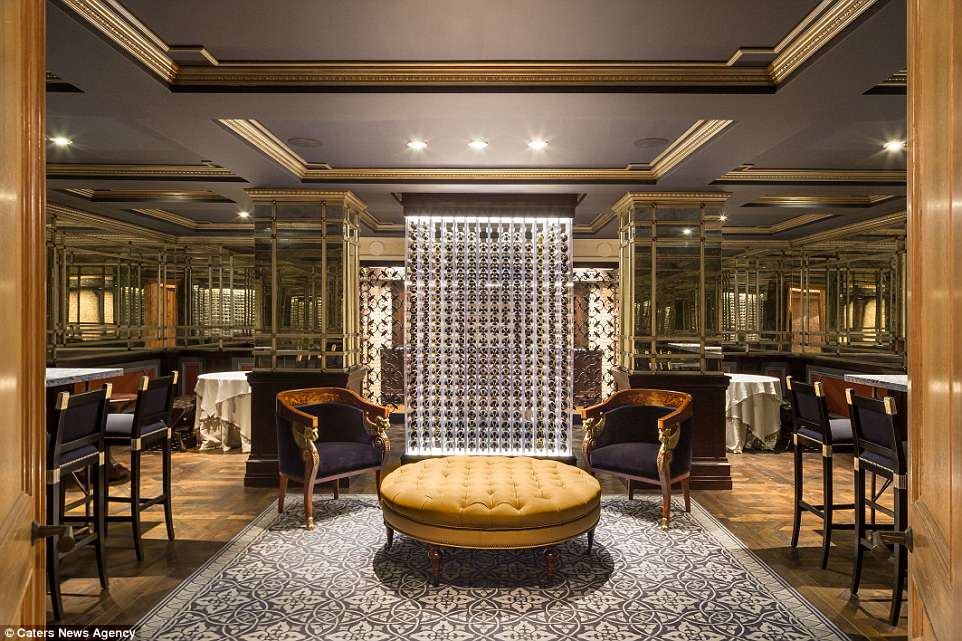 The wine cellar and tasting room give an glimpse of the original, ornate furnishings of the property as well as the modern touches added during the renovation

‘A walk through Darlington confirms that the seven-year revival definitely exceeded all expectations in elevating this piece of architectural art to new brilliance.’

Darlington’s great hall features 30-foot-high ceilings and comes complete with a 1906 Aeolian Player Pipe Organ, probably the only one of its kind in the United States.

The library’s 15-foot-high ceiling was painted by muralist James Wall Finn, whose other works include the Payne Whitney Mansion and the New York Public Library.