Maya Jama, 28, is a presenter of Somali and Swedish descent.

Her parents named her after poet Maya Angelou because her mother read the famous poem, I Know Why The Caged Bird Sings, during her pregnancy.

Maya grew up in Bristol, along with her brother Omar, but moved to London aged 16 to pursue her broadcasting career.

Her father was in prison for most of her childhood, for violence-related crimes such as pub brawls and fights – she stopped speaking to him aged 12 but remains incredibly close to her mother.

Maya’s parents named her after poet Maya Angelou because her mother read the famous poem, I Know Why The Caged Bird Sings, during her pregnancy

She set up her own YouTube channel as well as landing a gig as a presenter for JumpOff TV.

Her first big gig was as the host of MTV’s The Wrap Up, before moving on to host MTV Essentials and MTV News.

In November 2017, she became the youngest person, then aged 23, to co-host the MOBO Awards on Channel 5 with fellow presenter Marvin Humes.

Maya has enjoyed a successful radio presenting career. She hosted #DriveWithMaya on Rinse FM from 2014 to 2017, and co-presented Radio 1’s Greatest Hits and presented her own show, Maya Jama on BBC Radio 1 from 2018 to 2020.

In 2020, she announced she was leaving BBC Radio 1, a station she has hosted on for two years. 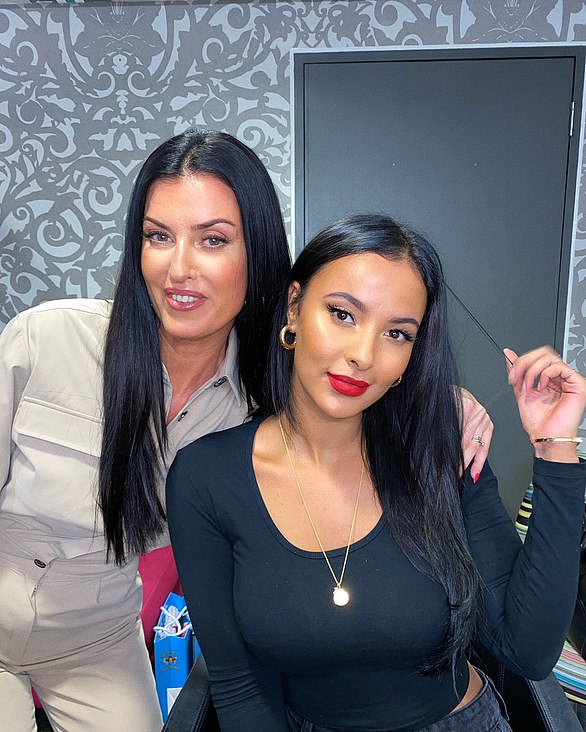 In an Instagram post, she said at the time: My loveess, I’ve made the very difficult decision not to continue my Radio 1 contract from June.

‘As you know I have been juggling & There are a lot of exciting commitments happening that would mean I’m not able to dedicate the time needed to my weekly radio show. 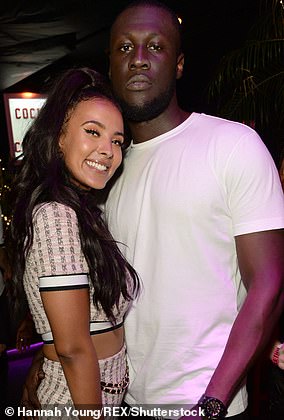 ‘I’ve loved every moment of my time at Radio 1 and I would like to thank the team for their hard work and friendship during the last two years. It’s been a JOURNEY.’

In September 2021, it was announced that Jama would be the host of Simon Cowell’s new music competition gameshow Walk The Line.

Stormzy seemed to address rumours he had strayed in his subsequent music releases – with his song Lessons said to be about the heartbreaking split and lyrics confessing that he had ‘done the dirt’ on the TV star.

However, the award-winning musician later revealed he hadn’t been unfaithful throughout his relationship but instead, admitted to showing ‘disrespect’ to his famous ex.

In August, she split from her fiancé Ben Simmons six months after getting engaged, due to long-distance.