She said 70 of the new locally acquired cases – which were found from a NSW pandemic-record 110,962 tests overnight – were infectious in the community.

Just a day after extending the city’s stay-at-home lockdown for another four weeks, Ms Berejiklian also announced two million Sydney residents living in one of eight hotspot LGAs in the west and south-western suburbs would have to wear a mask whenever they leave home.

From midnight on Saturday morning, residents in those LGAs cannot travel more than 5km from their home for essential shopping or for exercise.

A woman in activewear runs along the beachfront in Bronte in Sydney’s eastern suburbs on Wednesday. Greater Sydney is almost five weeks into a strict stay at home lockdown to stop the spread of the highly-contagious Delta Covid-19 variant

NSW Deputy Premier John Barilaro earlier on Thursday morning admitted his government has no idea which of Sydney’s lockdown restrictions are working during an on-air grilling from Today show host Karl Stefanovic.

‘Let’s see what happens over the next four weeks,’ he said when asked what would happen if the extended restrictions also failed to lower transmission in the city.

‘I have no crystal ball to tell you what we do next.’

‘Sorry to put this to you, but I think you just said you don’t know what’s working and what isn’t. Is that what you said?’ Stefanovic responded.

Mr Barilaro replied that there was ‘no playbook’ to getting Sydney out of lockdown.

‘We are throwing everything at it,’ he said.

‘What we’ve seen are stubborn numbers so [I can’t] sit here and say I know how to get this under control. It’s still testing the government and its resources.’ 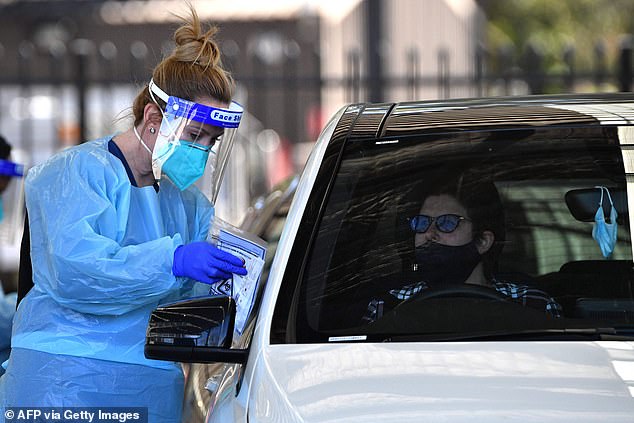 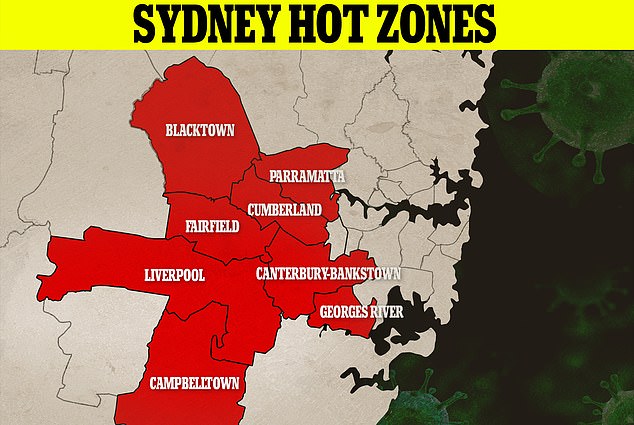 Mr Barilaro said the state government was relying on its experience handling earlier Covid-19 outbreaks during the pandemic to quash the spread of the Delta variant.

‘The public should have confidence in us because what we have done in the past,’ he said. 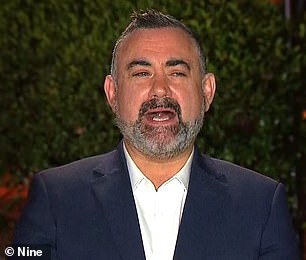 ‘But we are not going to pretend that we have every answer because we don’t.’

He said increasing vaccination rates in NSW was key to bringing the state out of the pandemic and ending lockdowns for good.

‘If we can get vaccination up to 60 to 70 per cent of the population, you can see globally that it has allowed freedoms,’ Mr Barilaro said.

‘It’s the only way that we are never going to go back into lockdown.’

Canterbury-Bankstown mayor Khal Asfour hit out at Mr Barilaro’s admission his government had little idea what life in Sydney would look like beyond the end of August.

‘I was quite disturbed to hear the deputy premier say the government doesn’t know what is working and what is not working,’ he said. 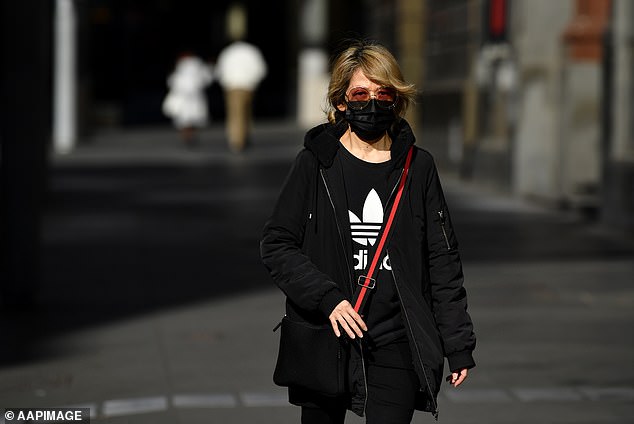 A pedestrian wearing a face mask is pictured in the Sydney CBD. NSW recorded another 177 cases on Wednesday as authorities extended Greater Sydney’s lockdown for four more weeks 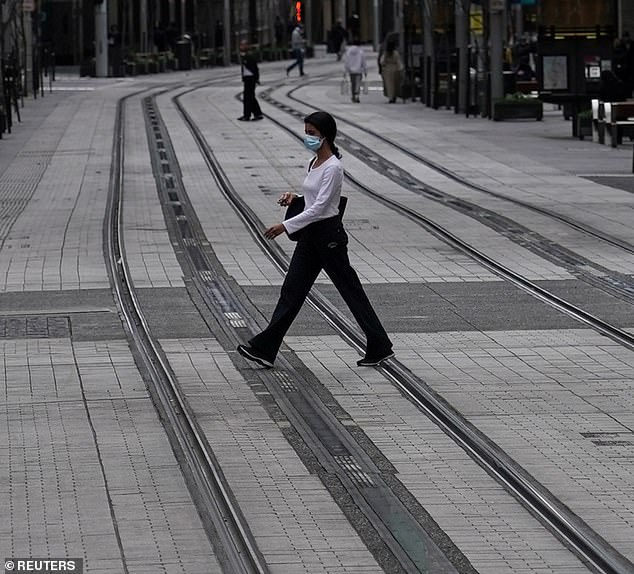 ‘It’s policy on the run and we need a plan to get us out of this lockdown.

‘The government needs to show us the plan so we know we can have confidence we will be out of this in four weeks but it seems to me there isn’t one.’

Cumberland’s mayor Steve Christou said on Wednesday the nearly two million people living in those areas are ‘at the point of no return’ because of the debilitating restrictions. 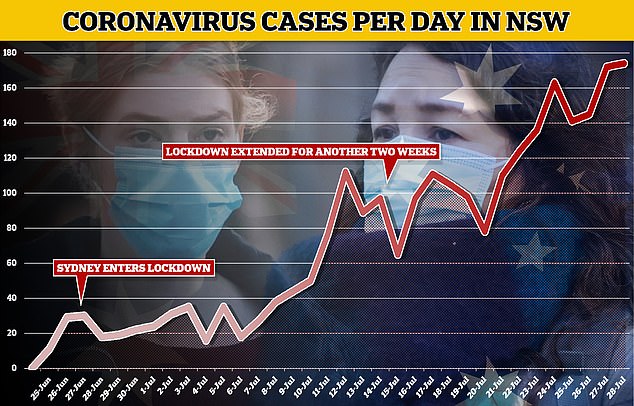 ‘I’ve heard from many in the community that they are struggling to pay rent, mortgages and other bills,’ he said on 9News.

‘It’s devastating that the many businesses that support families will not re-open.

‘The construction ban continues on our local government area – obstructing people from making a living. For many, it’s Armageddon.’ 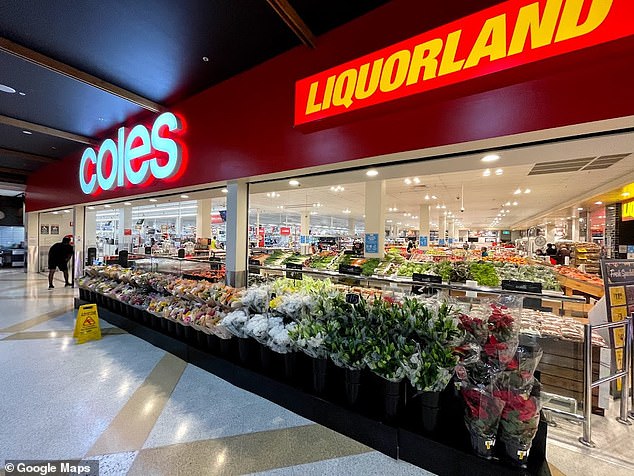 Meanwhile, nine young people including, eight teenagers from the west and southwestern Sydney areas under the toughest lockdown, are accused of breaking stay at home orders and becoming involved in a high-speed pursuit with police in the Hunter region.

NSW Police say the teens were travelling in a Honda Civic and clocked driving 200km/h in a 110km zone. A woman 19, and two teens – aged between 13 and 17 – have been charged over the incident on Wednesday while the others will be dealt with under the Young Offenders Act.

Each has been fined $1000 for breaching the health orders.

As well as the 104 new exposure sites on Wednesday night, including several Coles and Woolworths supermarkets, a sewage alert was put out for Molong in western NSW. 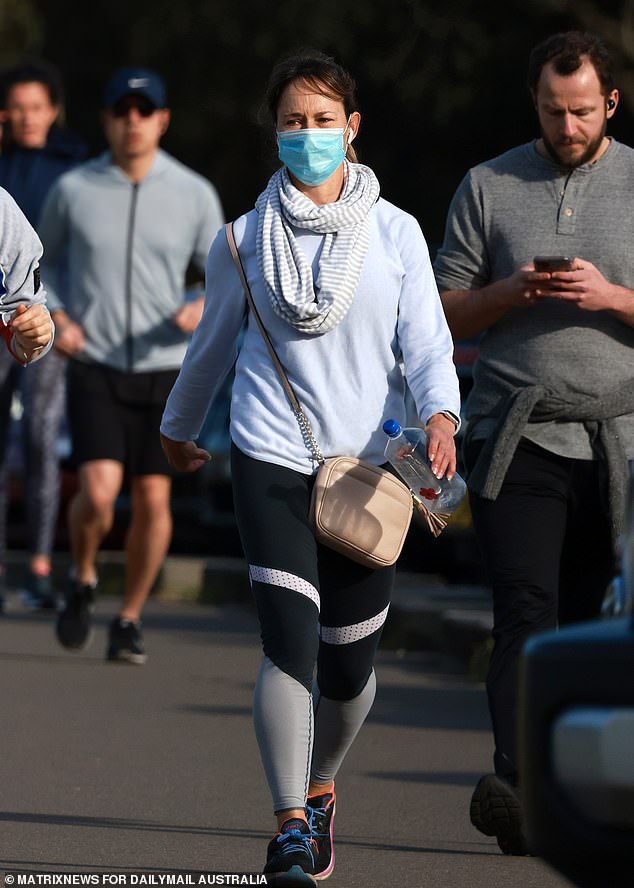 Essential exercise: A Sydneysider is pictured during lockdown on Wednesday strolling near Centennial Park

Health authorities fear the surprise wastewater find could signal an ‘undetected’ spread of the highly contagious Indian Delta variant in the remote community of about 1,700 people.

Seventeen Woolworths supermarkets right across the city were among those put on alert, including stores in Burwood and Lidcombe in the inner west and Fairfield and Cabramatta in the south-west.

Burwood Coles was also flagged as an exposure site along with Campsie Growers Market and Bankstown Lebanese Fruit and Mixed Business.

ALL THE CHANGES TO GREATER SYDNEY’S LOCKDOWN RESTRICTIONS

Greater Sydney residents including the Central Coast, the Blue Mountains, Wollongong and Shellharbour must limit essential shopping trips to within 10km of their homes.

Essential workers leaving Canterbury-Bankstown will need to be tested every three days. 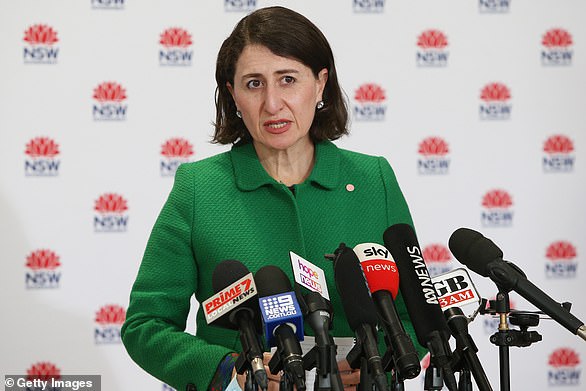 In Fairfield and Cumberland, only aged care and healthcare workers must be tested every three days.

Construction sites can reopen outside the eight LGAs under tighter restrictions.

A singles bubble will be opened – allowing couples to visit each other’s homes.

Tradesmen can resume work as long as they do not come into contact with residents. That work will also be banned in the eight LGAs of concern.

Year 12s will return to face-to-face learning and a Pfizer vaccination program will begin in the eight LGAs where transmission of Covid-19 is at its highest.

Rapid antigen testing will also be used for students returning to school across Greater Sydney.

A number of chemist shops were also issued with alerts including Chemist Warehouse in Campsie, Blooms the Chemist in Leichardt, Priceline Pharmacy at The Ponds and Choice Pharmacy in Spring Farm.

While the majority of exposure venues remains scattered across the western suburbs, there is also growing concerns about potential spread on the Central Coast, about 120km north of Sydney.

Anyone who visited Long Jetty 7-Eleven on July 23 from 3.15pm to 3.35pm is considered a casual contact.

Bus passenger who travelled on the Route 25 bus from Tuggerah Station to Bateau Bay or the Route 21 bus from Lions Park to Gosford Train Station on July 23, are consider close contacts and must immediately get tested and self isolate for 14 days regardless of the result.