Opioids, which have gripped America and are prescribed for an array of reasons, don’t actually work well for chronic pain, according to a new study.

Opioids are principally prescribed for treating pain associated with cancer but they’re also handed out for back pain, headaches, and after surgeries.

They’re also turning out to be one of the biggest killers in America as 70,000 people died of drug overdose in 2017 and a majority of those deaths involved opioids like fentanyl.

A study conducted by Jason Busse of McMaster University in Ontario and his colleagues sought to test just how well opioids work to treat chronic pain unrelated to cancer and found the drug barely helped patients in need.

‘The benefits of opioids for managing chronic pain tend to be quite modest,’ Busse and co-workers wrote in the report published on Tuesday in the Journal of the American Association.

The study found that other drugs and treatments such as physical therapy or ice work better for non-cancer pain, according to researchers.

However, a common problem in the medical field is when opioids fail to control pain, doctors simply up the dosage, which can lead to dependence and addiction, according to NBC.

‘The effects of opioids on chronic pain are uncertain, whereas the harms found to be associated with prescription opioids include diversion, addiction, overdose, and death,’ the report adds.

In fact, opioids were associated with increased side-effects like vomiting.

What’s more – prescription opioids were found to have similar pain-relief benefits as non-opioid treatments including nonsteroidal anti-inflammatory drugs, according to Live Science.

According to the National Institute on Drug Abuse, more than 115 people die each day by overdosing on opioids.

The report is more important than ever because in 2016 some 50million adults in the U.S. were prescribed opioid medications for their chronic non-cancer pain.

‘From 2013 to 2016, the United States was the largest per-capita consumer of opioids in the world,’ the report says. 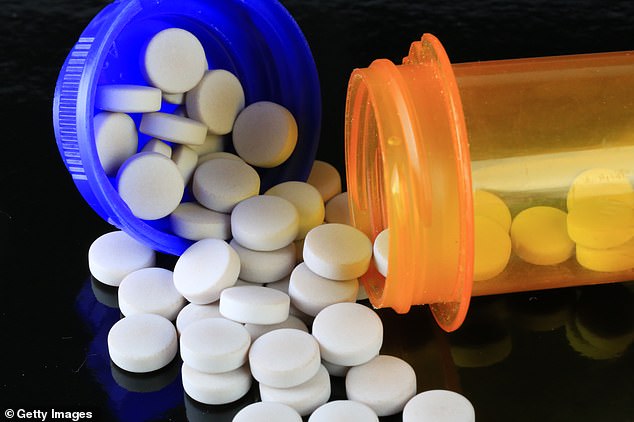 The study also echoes what the Center for Disease Control and other medical experts’ sentiments that opioids do not effectively treat many types of pain.

The CDC has already warned doctors to prescribe opioids only when absolutely necessary and to give as low of a dosage as possible.

The CDC also defines chronic pain as ‘lasting longer than three months or past the time of normal tissue healing’.

‘The findings reported by Busse (and colleagues) illustrate that most patients who are prescribed opioids for the treatment of chronic non-cancer pain will not benefit from those drugs,’ Dr. Michael Ashburn and Dr. Lee Fleisher of the University of Pennsylvania said on the report.

‘However, when opioids fail to provide pain relief, a common response by clinicians may be dose escalation rather than reconsidering use of the drug,’ he added.

The reports says that doctors do not realize they may not be truly helping patients when prescribing the drug.