But eagle-eyed observers became suspicious when they spotted that Korean Central Television showed him strutting in front of a refurbished Type-033 Romeo SSK. 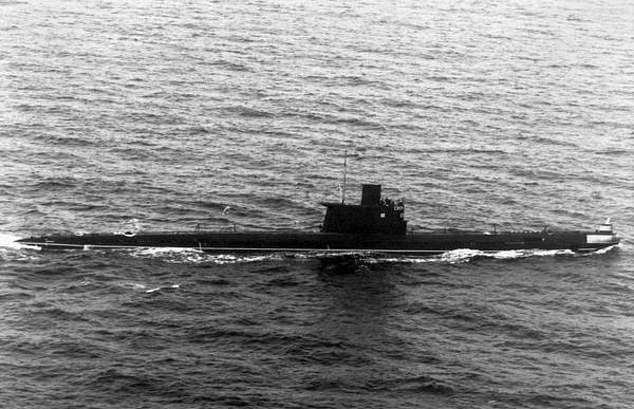 The submarines were first used at the outset of the Cold War, but could be modified to pose a modern threat 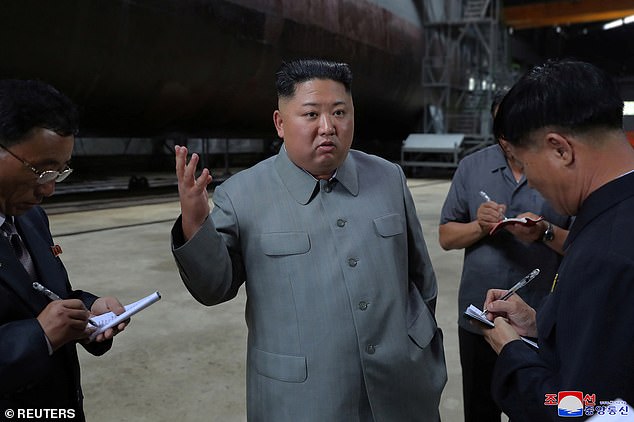 These first emerged for use in the Communist bloc in the 1950s, when the Cold War was in its infancy.

However, the fact that it isn’t a new sub does not mean that the development should be taken lightly.

The pictures that emerged of Kim’s military officials scribbling notes as he addressed them showed the brutal leader visiting Sinpo Shipyard.

Eagle-eyed observers noted that, during the broadcast, state censors not only refused to specify the weapons on board, but also blurred the rear of the sail. 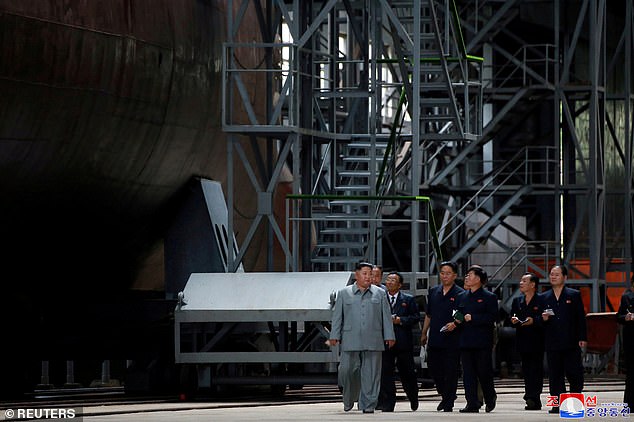 This could be because that is where the tubes for ballistic missiles are located, military expert Joseph Dempsey wrote on Twitter.

One clear modification made to the vessel is the expansion upwards and outwards of the sail component.

Mr Dempsey said: ‘Given need to censored this large area it would be logical to assume it represents the incomplete or removed aft sail casing used to accommodate additional Submarine-launched ballistic missile tubes.’

Naval analysis site H I Sutton, using the Twitter handle @CovertShores shares Mr Dempsey’s conclusion that the sub is a modified Romeo. Popular Mechanics also reports that it is likely a conversion as opposed to a new vessel. 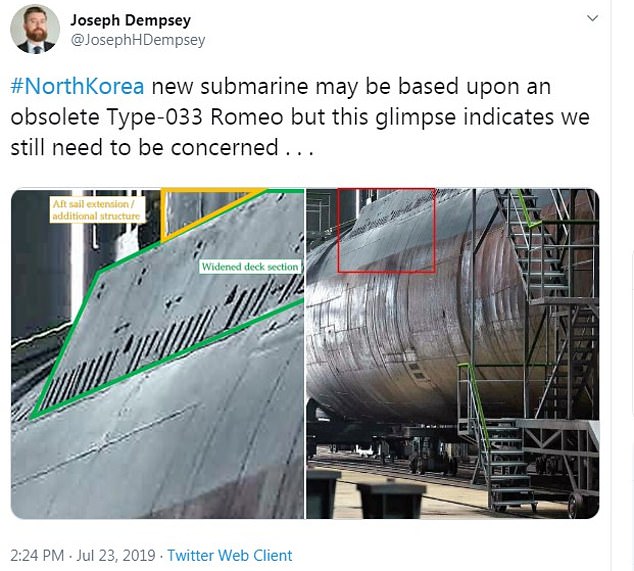 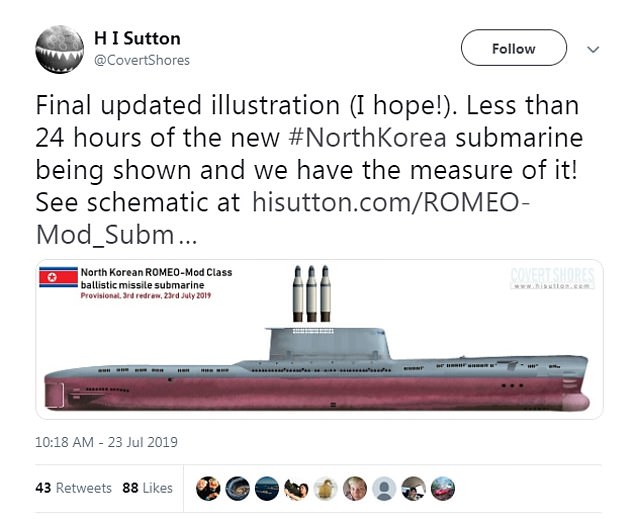 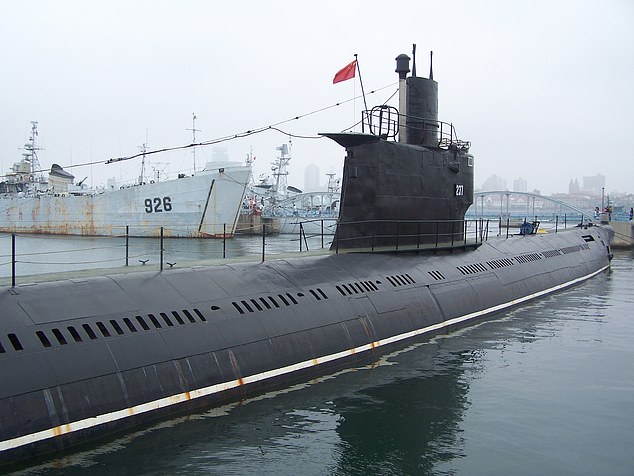 Pictured: The Soviet vessel that the North Koreans appear to have modified before parading it on state TV

It follows the DPRK’s development of missiles that may be able to carry a nuclear warhead.

The Pukkuksong-1 has an estimated range of 745 miles and is designed to be launched from a submarine, putting South Korea and Japan in its path.

The land-based Pukkuksong-2 has a range of 1,240 miles and are therefore also able to reach the two states.

Pictures of the inspection emerged amid reports that a follow-up to those missiles is in the works.

North Korea believes that such exercises go against the declaration that it signed with South Korea and the US last year when Donald Trump visited.