A newly leaked surveillance photo shows two of the murdered Idaho students talking to a man inside a bar hours before their deaths – as some fear the investigation may be compromised.

Investigators knew Kaylee Goncalves and Madison Mogen, both 21, spent hours inside downtown Moscow bar the Corner Club, before picking up pasta at a nearby Grub Truck around 1.40am and heading home on November 13.

Now, an image from inside the bar time-stamped at 1.32am shows the two chatting with an unidentified man – wearing a baseball cap – minutes before they ran to pick up food.

Moscow police have failed to identify a suspect despite collecting hours of surveillance footage from businesses around the town.

Authorities are now being condemned online by internet sleuths for failing to halt the circulation of evidence and compromising the investigation in the murders of Kaylee and Madison, their roommate Xana Kernodle and her boyfriend Ethan Chapin.

Kaylee and Madison were out in Moscow hours before their deaths. The leaked surveillance photo was taken from the Corner Club bar at 1.32am 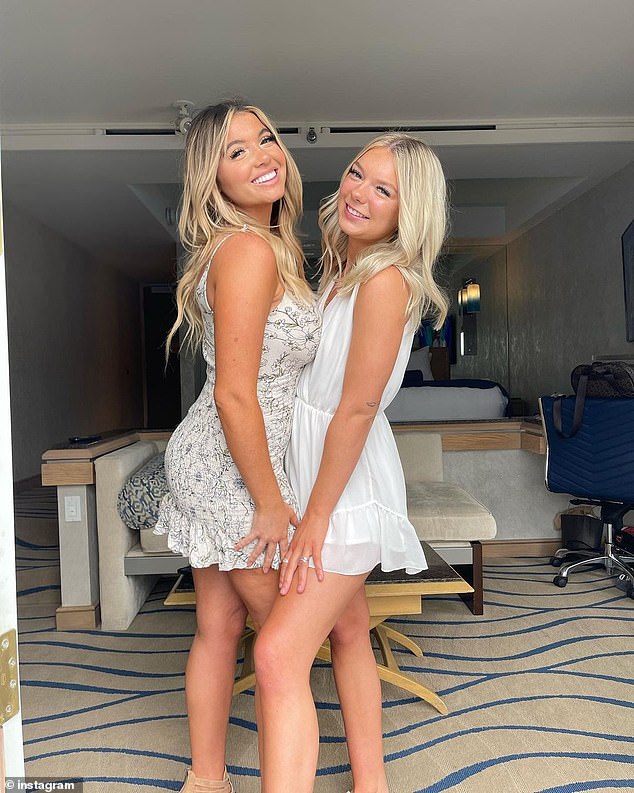 Moscow police have failed to identify a suspect despite collecting hours of surveillance footage from businesses around the town. Pictured: Kaylee (left) and Madison (right) 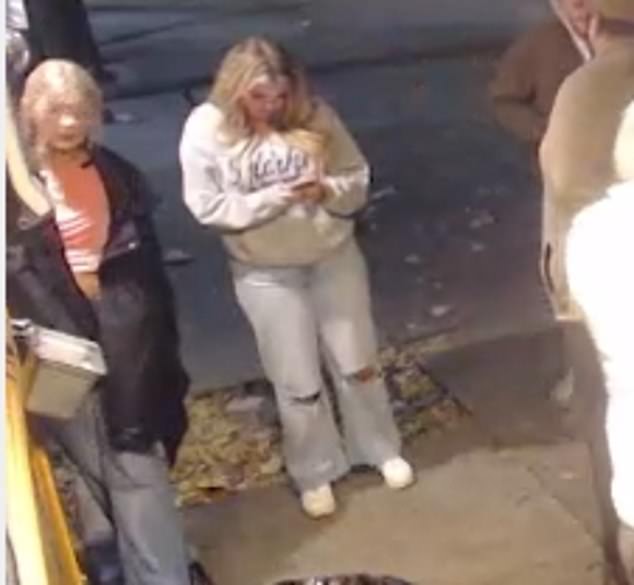 A taxi driver spoke to DailyMail.com, recounting the night he picked up the two friends after they stopped  at the ‘Grub Truck’ (pictured) following a night out in downtown Moscow

Kaylee and Madison were seen with their backs turned to the surveillance camera inside the Corner Club bar, that appears to be filled with a mix of young and older adults.

The leaked surveillance photo was posted by former FBI agent Jennifer Coffindaffer, who has dedicated her Twitter to the Idaho murder mystery.

Coffindaffer critiqued the release of the footage and warned it can hinder the investigation as multiple outsiders attempt to solve the case themselves.

‘As feared, as time goes by, evidence, including video will continue to be leaked,’ Coffindaffer wrote on Twitter. ‘Whether for money or attention or whatever the motive, it is not right and will not help LE in their investigation. Don’t we all want this case solved?’ 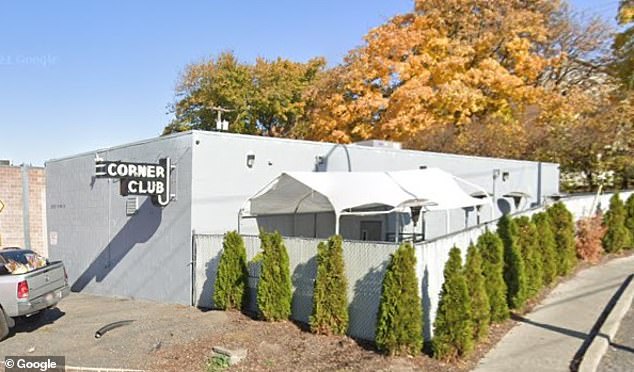 Coffindaffer said she obtained the photo once it was made public, and posted it to discourage leaking evidence in the unsolved mystery.

‘My point is to discourage leaking evidence by those who control it & have turned it over to LE. Once it has been leaked & wholesale distributed, “The horse done left the barn” as they say. All I can do at this point is discourage and explain why it’s harmful to a case ‘

Meanwhile, the spotting of the pair helps investigators confirm their exact whereabouts leading up to when they returned home to their University of Idaho off-campus rental home at 1.56am.

Xana and Ethan had been at a fraternity house and returned home about the same time. Their other housemates got back about 45 minutes earlier and were left unharmed.

Investigators believe the four were killed in their beds between 3am and 4am with a knife. 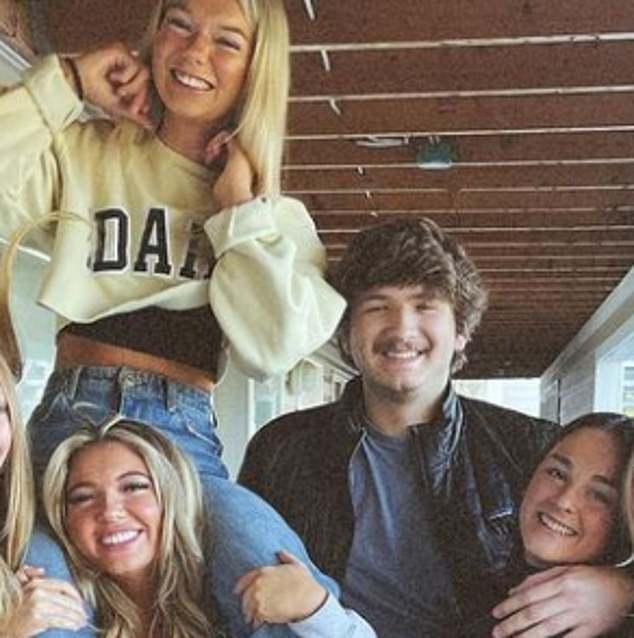 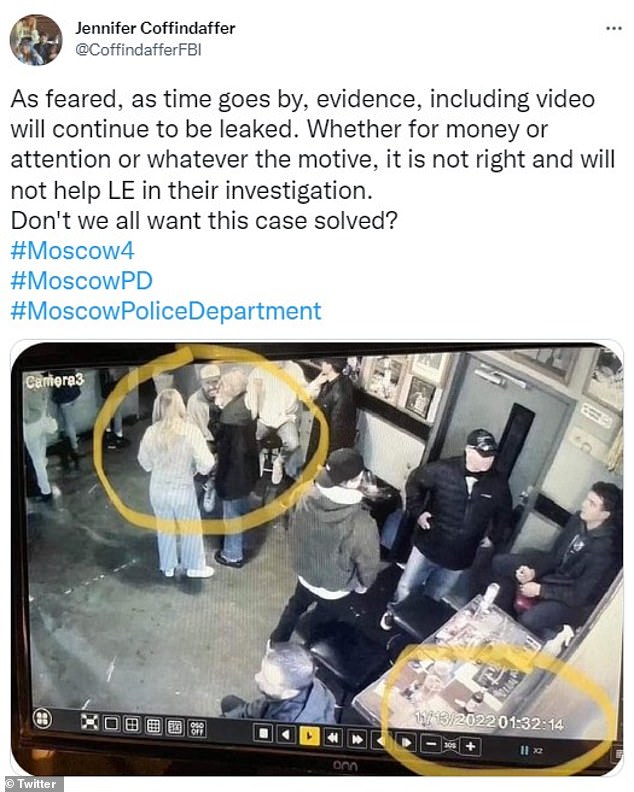 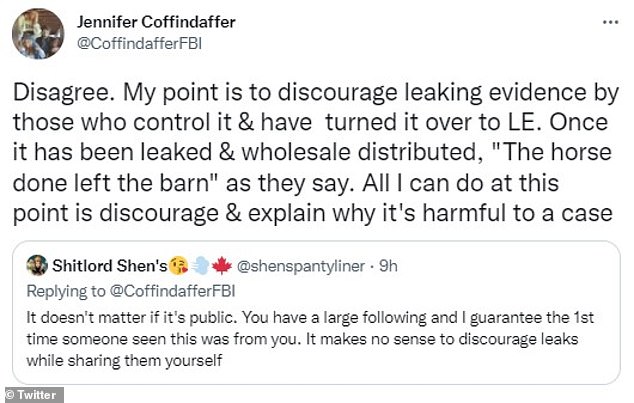 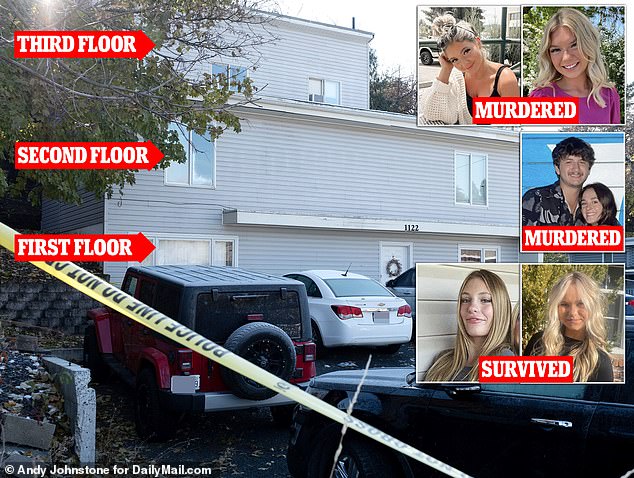 The bodies of Kaylee and Madison were found on the top floor of the house. Ethan and Xana were found in a second-floor bedroom. Survivors Dylan Mortensen and Bethany Funke were sleeping on the first floor

Kaylee and Madison were last spotted at a food truck around 1.40am the night they died, before running to meet their ride home.

The man who drove the pair home chose to remain anonymous in a previous interview with DailyMail.com as he recounted his recollections of that night and claimed that the community is living in fear, with little faith in MPD.

‘I took about a week [off driving] when I just stepped back from it all. Those kids deserve justice and they’re not getting it. It feels to this community like the police aren’t even trying.

‘Which is one hundred per cent related to how they aren’t communicating with the community. People are scared.

‘Most of us have very little faith in the MPD. We can’t tell if we are watching qualified investigators who have a handle of the situation or if they are completely at a loss and grasping for straws.’ 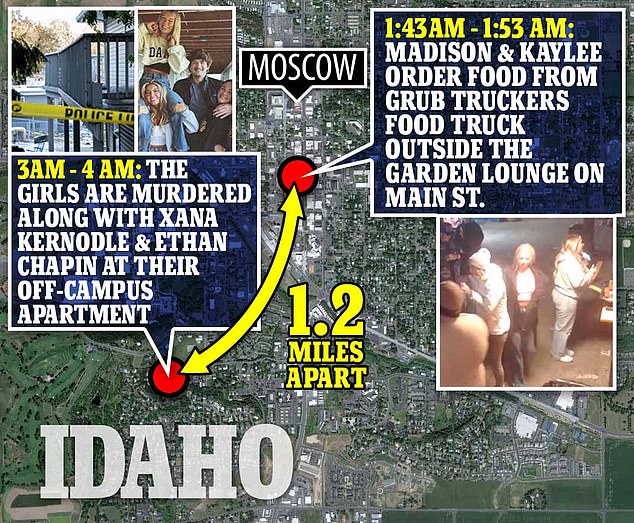 The last known movements of two of the victims: The girls visited the food truck at 1.43am-1.53am. Police say they were murdered shortly afterwards sometime between 3am and 4am 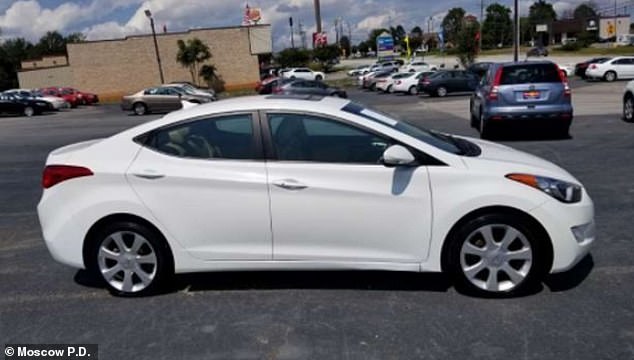 Moscow Police have pushed back at the suggestion that inexperienced officers – the lead investigator has only been a cop for two years – are hampering or have already botched the investigation.

No murder weapon has been recovered and no suspects named, but police are still seeking the occupants of a white 2011-2013 Hyundai Electra with unknown license plates caught on CCTV in the area near the time of the killings.

There are now six detectives from MPD, 62 FBI agents, 13 Idaho State Police investigators and 15 uniformed troopers assisting with community patrols and forensic experts working through the painstaking task of processing evidence recovered from the scene.