Sydney Zoo has announced it it will officially open on December 7.

The new attraction is part of Bungarribee Super Park in Rooty Hill in the city’s west.

The tourist attraction will be the first zoo to be built in Sydney in more than 100 years and will be home to reptiles, elephants, monkeys and an aquarium full of fish.

A golden possum is held by a zoo worker. Sydney Zoo will be the first zoo to be built in Sydney in more than 100 years

They are looking to have a strong focus on animal welfare and conservation, while at the same time educating their visitors about animals and their habitats.

The zoo will also focus on indigenous culture and the human influence on the environment.

He said they are also looking to have at least 10 per cent of indigenous employees and would partner with Muru Muttigar, a not-for-profit organisation, to assist in its recruitment. 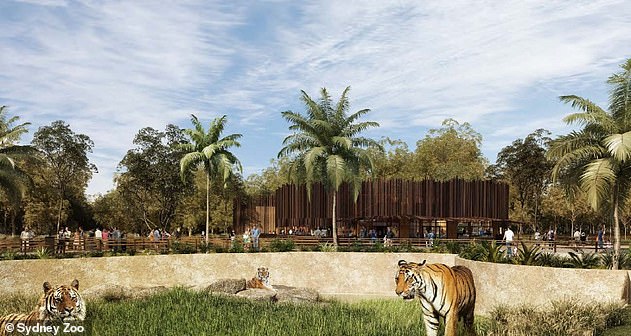 King of the jungle: The new zoo will showcase both native and exotic animals including big cats like tigers and lions (artist impression)

‘Sydney Zoo is proud of the projected growth we will offer the Western Sydney economy. We anticipate these roles to be filled by a mix of local and greater Sydney talent,’ Mr Burgess said. 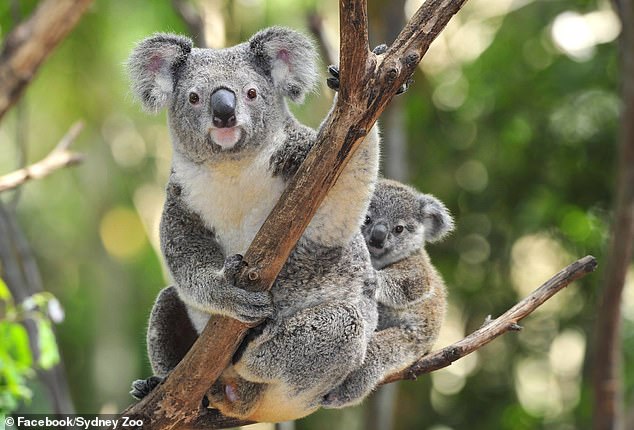 Koalty time: A mother koala and her joey hang out in a tree. The zoo’s teachings about native animals will incorporate indigenous culture