A new tree disease, called Pythophthora pluvialis, has been discovered in Cornwall, as experts warn a huge rise in cheap imports are putting UK tree varieties at risk.

Imports of outdoor plants, which are often alternate hosts for tree diseases, have also increased from a low point of £19 million in the 1990s to £90 million in 2020.

This reliance on cheap imports is putting native varieties at ‘serious risk,’ according to the Woodland Trust, which claims it has led to at least 20 serious tree pests and diseases being inadvertently imported into the UK since 1990.

The trust has called for greater investment in nurseries, to ensure there are enough home grown trees to be planted to meet carbon emission goals up to 2050.

A Defra spokesperson said the threat from diseases is significant and growing due to globalisation and climate change, adding that while UK already has some of the ‘highest biosecurity standards in Europe,’ it would consider further measures.

A new tree disease, called Pythophthora pluvialis, has been discovered in Cornwall, as experts warn a huge rise in cheap imports are putting UK tree varieties at risk. Stock image

The disease was first discovered in Oregon, US in 2013 on tanoak.

It has since been found to be responsible for ‘red needle cast’ of radiata pine in New Zealand.

Government officials confirmed it was discovered in a woodland in Cornwall in September 2021.

It was found to be affecting mature western hemlock and Douglas-fir.

The Woodland Trust says the rise in imported disease has in turn led to the loss of tens of millions of trees, over the same time period, and new diseases are still appearing, including Pythophthora pluvialis in Cornwall.

The charity has warned that the risk posed by imported bugs could jeopardise the government’s targets of planting 74,131 acres a year of trees by 2024.

Nick Phillips, Principal Policy Advocate for the Woodland Trust said it isn’t clear how the disease arrived in Cornwall, but is a reminder of the vulnerability of UK trees.

‘This news, coupled with today’s figures revealing our dependency on cheap tree imports, must serve as a wake up call for tough new Government policy or risk losing tens of millions more trees,’ he warned.

More than 100 million ash trees are expected to be lost to Ash Dieback at a cost of over £15 billion, the Woodland Trust warned.

This comes at a high price for nature too, with more than 900 species found on ash trees – 40 of which cannot be found elsewhere.

Mr Phillips added: ‘We know current policy isn’t working. In 2019 alone, Oak Processionary Moth – which not only damages oak trees but is harmful to human health – was missed and imported more than 70 times into the UK!’

The charity warned that without tough new biosecurity policy, the government also risks jeopardising its own targets of reaching net zero carbon by 2050 given tree planting is an integral part of its plans.

Since leaving the EU, the Government has been drawing up new biosecurity legislation which is currently out for public consultation.

‘Our trees and woods face a growing threat from imported pests and diseases. Whole ecosystems are in the firing line unless the Government gets serious about biosecurity,’ said Mr Phillips.

The Woodland Trust says urgent investment is needed in UK-based nurseries to ensure they can grow the trees needed to meet government targets.

This would also avoid the need to import more trees, and with them diseases.

Studies have shown that in order to tackle climate change, millions of new trees will need to be planted over the next few decades. 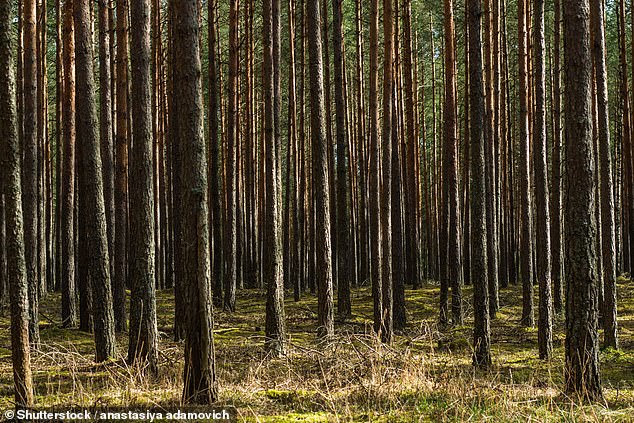 Figures released by the government show the total value of imported trees rose from £52 million in 2016 to £100 million in 2020, a 92 per cent increase. Stock image 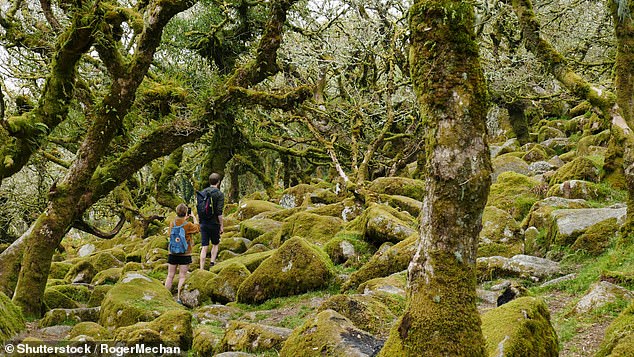 This reliance on cheap imports is putting native varieties at ‘serious risk,’ according to the Woodland Trust, which claims it has led to at least 20 serious tree pests and diseases being inadvertently imported into the UK since 1990. Stock image

Imports of outdoor plants, which are often alternate hosts for tree diseases, significantly increased from a low point of £19million in the 1990s to £90 million in 2020.

By value, 83% of plants and planting material imported were from the EU, and 17% from the rest of the world

In 2020/21, over 2,800 consignments of controlled material were notified to the Forestry Commission

Mr Phillips added: ‘If more diseases took hold, landowners would be expected to foot the bill of managing or removing affected trees. We are already aware of the financial burden on landowners of dealing with ash dieback.’

There are at least 127 tree pests and diseases that are considered high risk to the UK.

If imported into Britain, 47 of these could cost over £1 billion each to tackle and wipe out millions of trees.

In order to ensure that the trees that the Woodland Trust plant and sell are not imported, the charity established its own assurance scheme, known as UK & Ireland Sourced and Grown (UKISG).

This enables the Trust to work with UK nurseries to ensure a secure supply of trees that have been produced within the UK and Ireland.

The charity now urges Government and others to specify UKISG trees to help reduce the risk of importing new pests and diseases.

A Defra spokesperson said: ‘The threat from plant pests and diseases is significant and growing due to globalisation and climate change,’ adding ‘the risks to food production and our precious landscapes, trees, parks and gardens are all too real.

‘We already have some of the highest biosecurity standards in Europe but as we look to build back greener from the pandemic, we want to consider any further safeguards needed to protect our natural world.

‘That’s why we’re currently asking for views from all sectors, including horticulture, forestry and farming, to help us shape our future biosecurity strategy and ensure our trees and plants are protected for future generations.’

SUGGESTIONS FOR EVERY HOUSEHOLD TO HELP THE UK MEET CLIMATE TARGETS