A jury has been shown video of Omar Mateen, 29, buying weapons and checking out locations to carry out a mass shooting

Jurors in the trial of Noor Salman have been shown newly-released surveillance footage of the her husband buying weapons and checking out suitable sites to carry out a mass shooting, including Walt Disney World.

The jury were shown a PowerPoint presentation that highlighted the activities of Salman and her husband Omar Mateen in the weeks prior to the Pulse Nightclub shooting on June 12, 2016 that left 49 people dead.

The footage shows Mateen, Salman and their three-year-old son buying a toy at a store before walking around the Diseny Springs area of Disney World that is open to the general public.

Ten days later, Salman was caught on camera once again this time driving Mateen and their son to a Walmart near the family’s home in Fort Pierce.

Mateen purchased ammunition for a handgun that he used in his job as a security guard. Salman and the child are seen alongside.

Salman, 31, is charged with aiding and abetting her husband in support of a terrorist organization and obstruction of justice. She has pleaded not guilty. 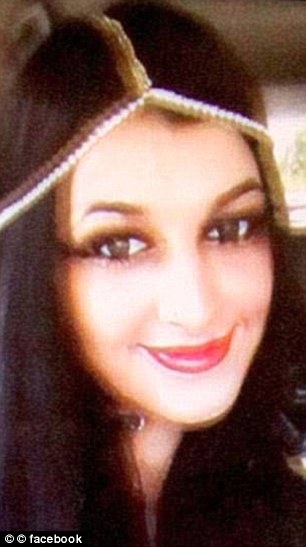 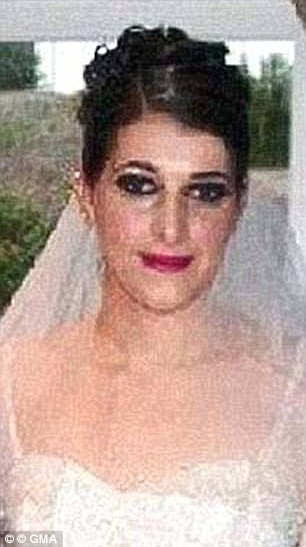 Noor Salman, the widow of Mateen, is accused of aiding and abetting her husband 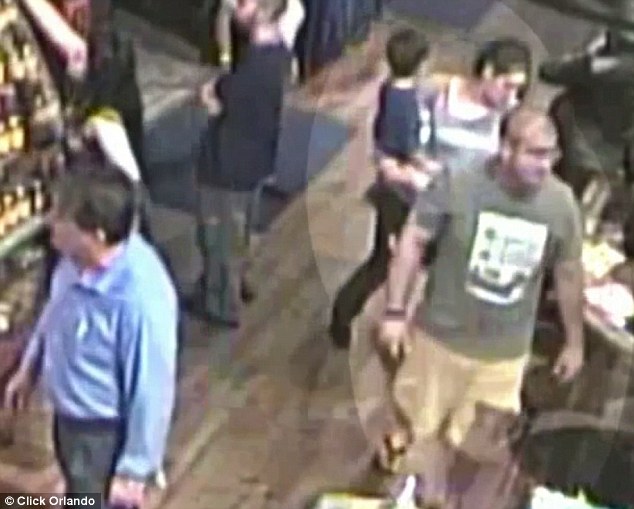 Here, Mateen is seen with his wife and kid on the right of this surveillance footage from a Disney store 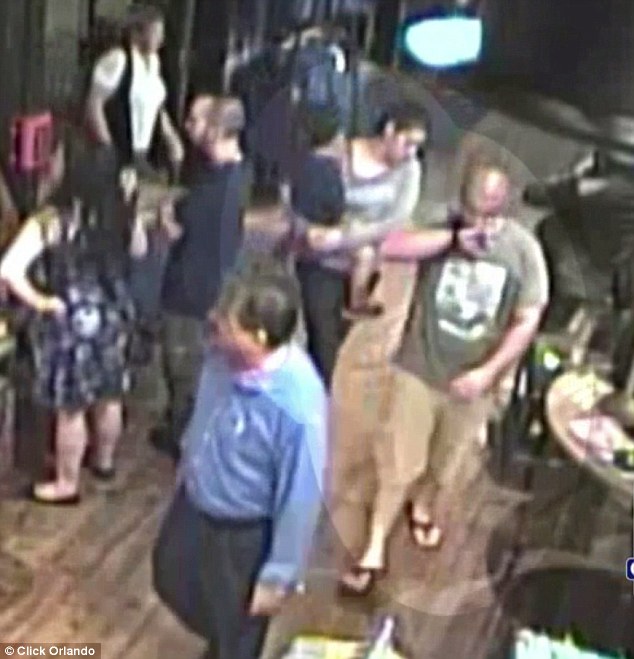 While on Disney property, cellphone records show Mateen viewed an article describing how an ISIS spokesman was calling for terror attacks in the U.S. He is pictured with his wife here 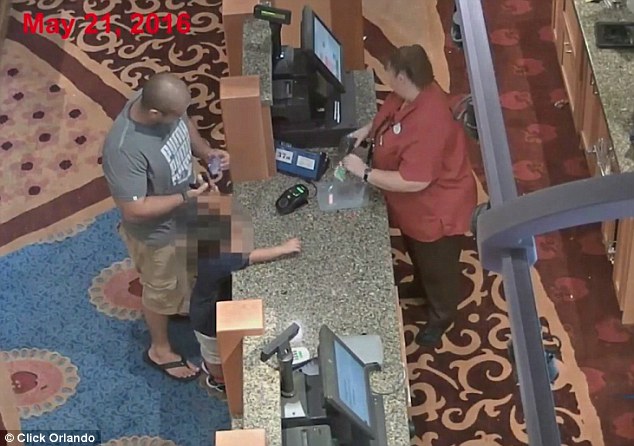 Jurors in the trial of Noor Salman viewed newly-released surveillance videos showing the defendant’s husband buying weapons and casing possible targets including Disney World. Here, Mateen is seen with his child buying a toy at one of the Disney stores 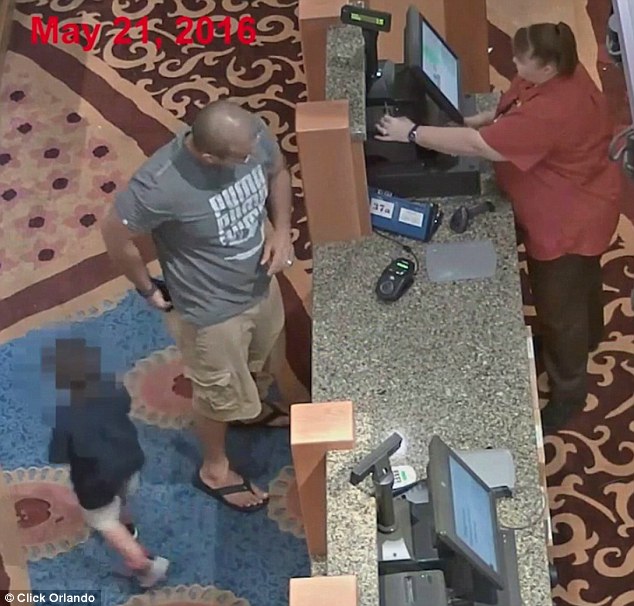 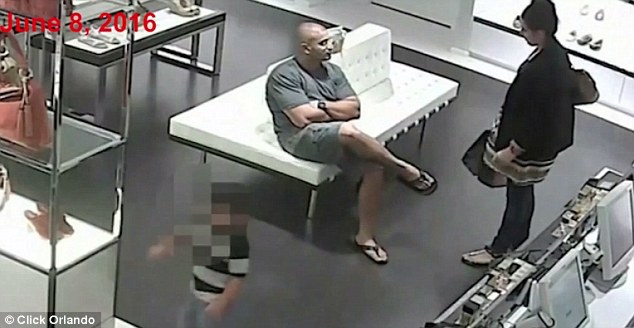 The couple and their child were seen at various high-end stores in nearby shopping malls. Prosecutors allege it was to see which were suitable for shootings

During other parts of the presentation, Mateen is shown by himself at the St. Lucie Shooting Center purchasing a Sig Sauer MCX rifle that he later fired at clubgoers.

The family were caught on camera at a convenience store around 2 a.m. and were still on the road driving home around 4:40 a.m.

Seven hours later Mateen was seen back at the St. Lucie Shooting Center buying a Glock 9mm handgun used in the attack. 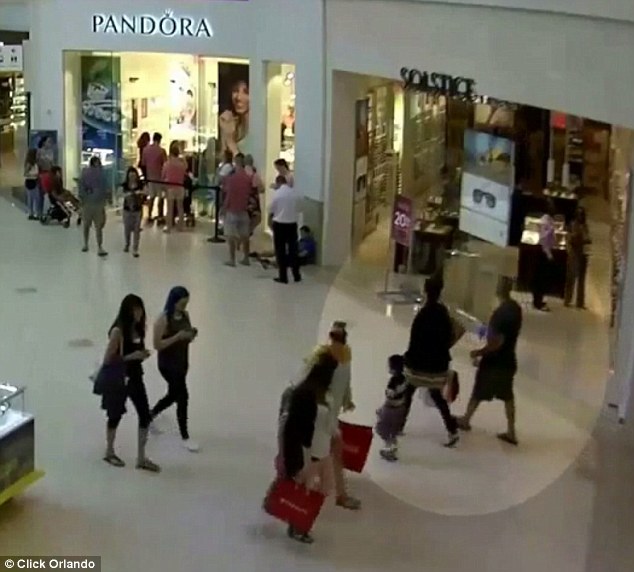 The family were spotted at the Fllorida Mall in Orlando where cameras recorded the couple and their son in stores. Prosecutors claim it was because they were casing the place 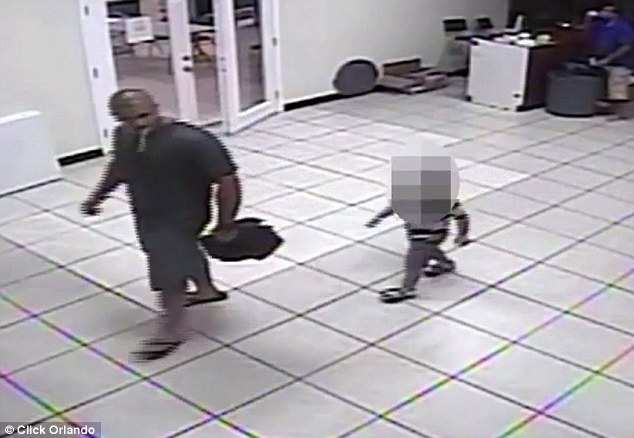 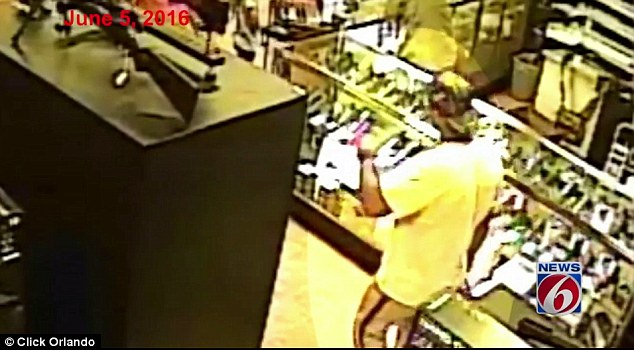 Mateen was seen by himself at the St. Lucie Shooting Center purchasing the Sig Sauer MCX rifle he would later fire at clubgoers

Other video shows Mateen, Salman and their son standing at the checkout counter of the Bass Pro Shop as he bought candy three magazines for his rifle.

The family then headed to Florida Mall in Orlando where cameras recorded buying items from stores including Victoria Secret, Kay Jewelers and Michael Kors according to News6.

After leaving the Florida Mall, cellphone location then shows the family visitng Disney Springs once again.

Surveillance cameras show Salman and the child inside a store there as Mateen wandered around outside. 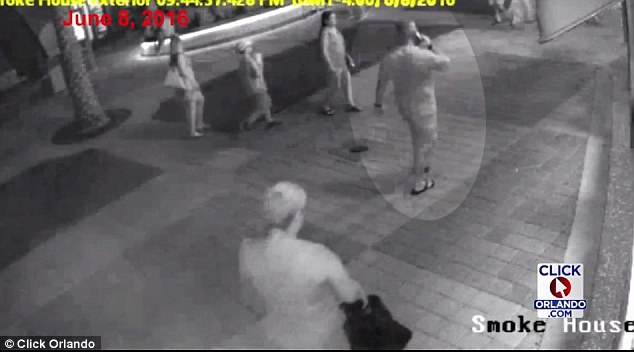 Cellphone location data indicates Mateen and Salman traveled from Ft. Pierce to the Orlando area on the afternoon of June 8 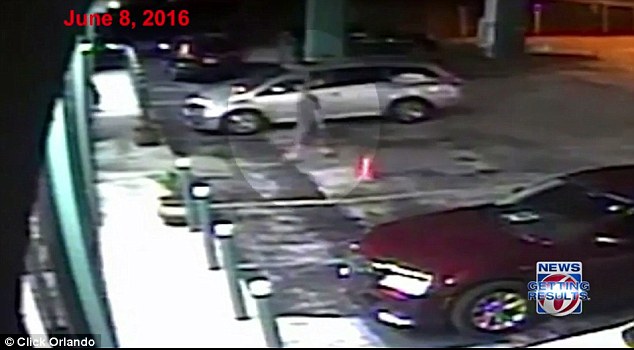 Video retrieved from the Bass Pro Shops store in Orlando shows Mateen, Salman and their son standing at the checkout counter as investigators said Mateen bought candy and three magazines for his rifle 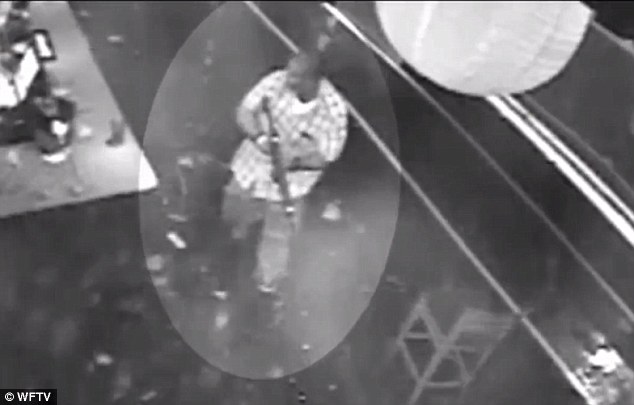 Prosecutors are trying to link Salman to her husband’s shooting.

The case will depend on whether or not Salman knew of Mateen’s plans for the killings.

If she is found guilty of aiding and abetting Mateen, in addition to obstructing a federal investigation, she could face a lifetime prison sentence.

Prosecutors must first establish if the massacre was a terror act motivated by Islamic terrorism.

During the time of the shooting Salman was at home with the couple’s three-year-old son. 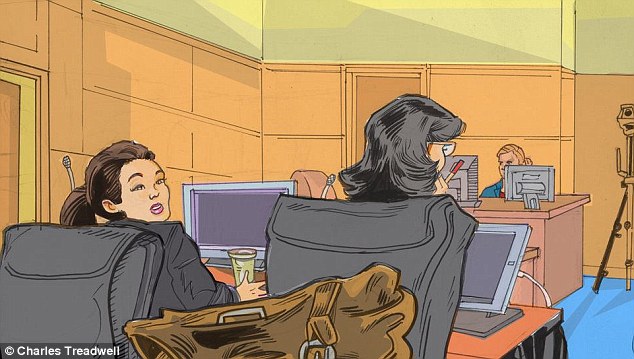 Pictured in court with her defense attorney Linda Moreno, she says she was home with the couple’s three-year-old son during the time of the shooting 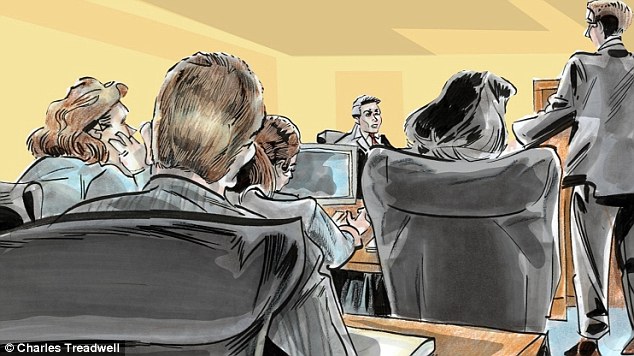 Pictured in a brown ponytail, she turned her head away from the monitors that pictured Mateen reloading his gun and opening fire inside the nightclub

Assistant US Attorney Jeff Mandolfo led the prosecution telling jurors that Salmon admitted to FBI she regretted not doing more and told the court that ‘I’m sorry for what happened. I wish I wouldn’t told’.

Salman initially told investigators that her husband acted without her knowledge.

However, she later acknowledged being aware that her husband was watching Islamic State recruitment videos.

He had also purchased an assault rifle and examined three possible attack locations, according to prosecutors.

Salman has pleaded not guilty. 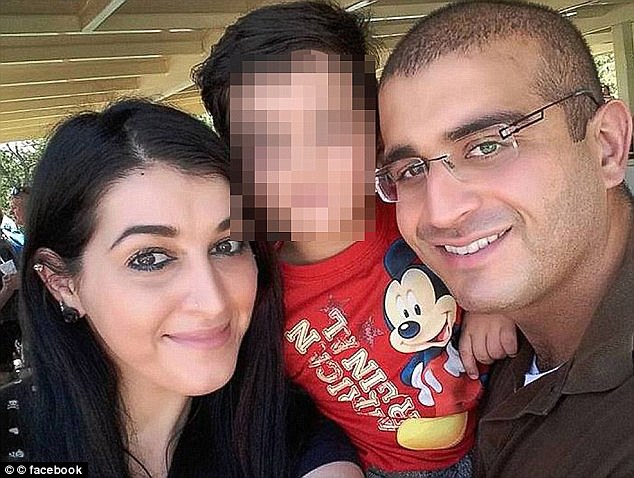 Prosecutors are accusing Salmon, pictured left with Mateen right, of knowing about her husband’s plans for the shooting. If found guilty of aiding and abetting him, she could face life in prison