Party goers put their best outfits and took to the streets of Britain to celebrate the arrival of the New Year.

On the final day of 2017, two women defied the rain to see in 2018 in Manchester city centre, with just and umbrella to keep them dry.

Meanwhile up to 150,000 people were expected in Edinburgh for Hogmanay, despite earlier concerns that Storm Dylan might threaten events.

In London, party goers headed to the Embankment by the River Thames, to see the traditonal fireworks. 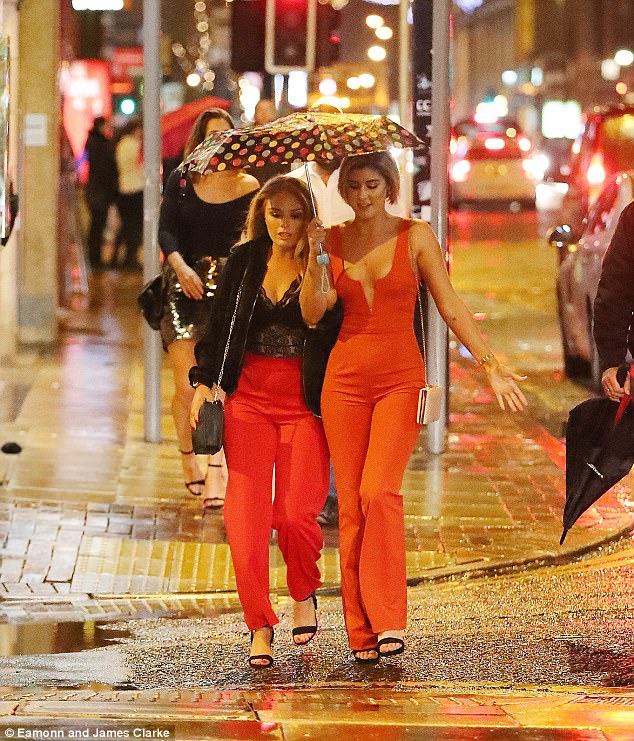 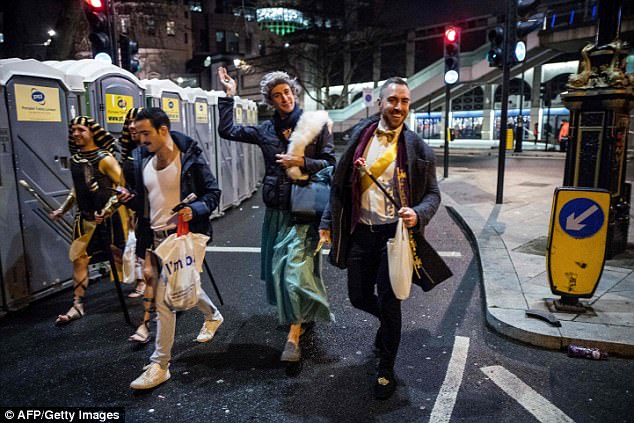 Revellers arrive for the annual fireworks display of the New Year’s celebrations, in central London 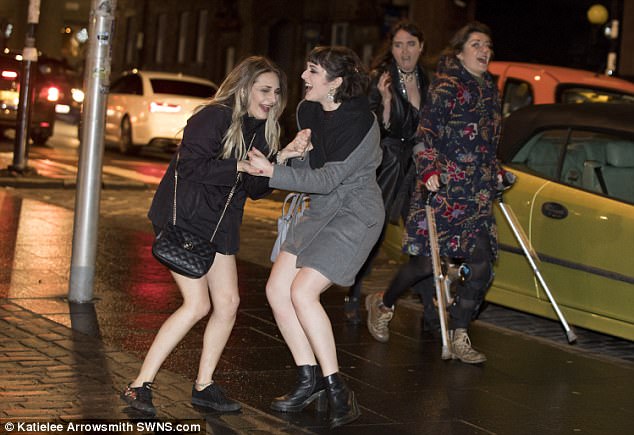