People heading out to enjoy New Year’s Eve celebrations tonight will be met with 80mph winds and travel chaos as rail workers stage a mass walk-out.

The Met Office has issued four weather warnings with conditions expected to cause disruption across Britain’s roads and train lines.

While Britons prepare for a windy and wet evening, a strike by members of the Rail, Maritime and Transport (RMT) union will leave many stranded or forced to fork out on taxis. 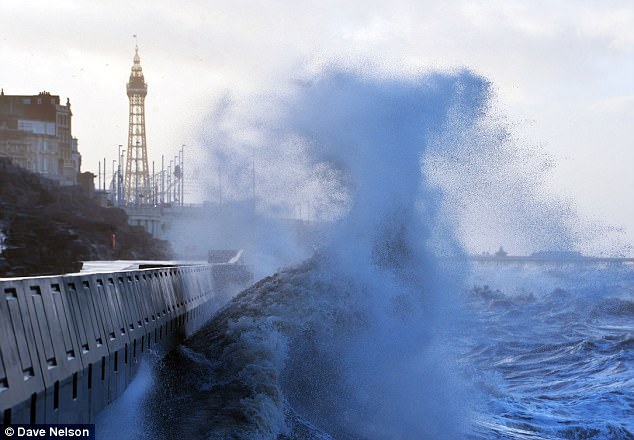 Heavy rain is expected in parts of southern England and Wales, while Northern Ireland has been warned to brace itself as Storm Dylan is set to batter its coastline.

Issuing an amber warning, Met Office forecasters said there is the potential for ‘injuries or danger to life’ from flying debris in Northern Ireland and western Scotland, while a yellow warning extends into northern England and across to the Lothians.

However, organisers of Edinburgh’s Hogmanay celebrations have said they expect the event to go ahead unaffected by Storm Dylan.

While the fireworks taking place in central London are also expected to go ahead without a hitch.

The strikes will effect services coming to and from London Waterloo, the capital’s busiest station, while passengers in Scotland will also be effected. 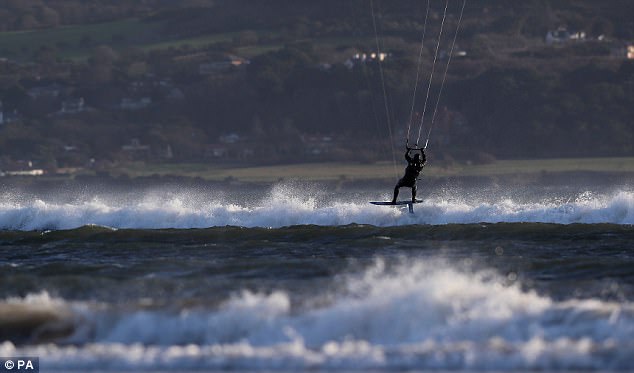 A kite surfer makes the most of the strong winds on the Irish sea, with Northern Ireland set to be battered by Storm Dylan this evening 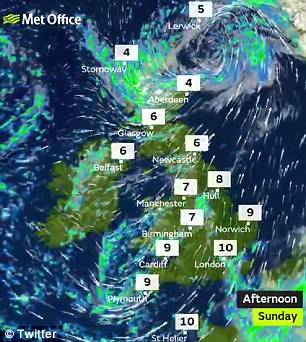 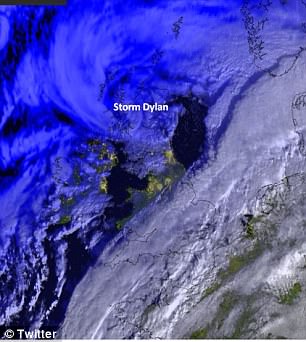 Cross Country will be running a reduced service between New and Edinburgh and there will be no trains running between Glasgow and Aberdeen.

The RMT claimed there were 141 unstaffed SWT stations which would become ‘crime hot spots and no-go areas for vulnerable and disabled passengers’ if there are no guards.

RMT general secretary Mick Cash said: ‘No staff on trains, combined with no staff on the stations, will be a toxic mix for passengers at the locations we have identified which will increasingly become crime hot spots and no-go areas for vulnerable passengers, while drivers will also be alone and exposed.

‘Our members are striking today on South Western Railway over these fundamental issues of public safety, security and access.

‘There will be also be disadvantages for disabled and older passengers who require assistance because there will be no one there to help them on and off the train or provide assistance during their journey. 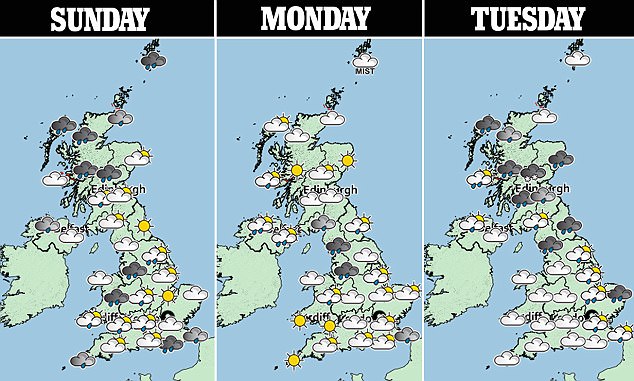 ‘These are yet another set of reasons why we will keep up the fight for a safe, secure and accessible railway with properly staffed stations and a guard on every train. These are the basic safety principles our members are striking for today on South Western Railway.’

However, the government has slammed the strike and accused the unions of causing misery for passengers.

Rail minister Paul Maynard said: ‘It is disgraceful that the RMT is seeking to cause misery to paying customers trying to get home to family and friends for the new year.

‘Rail companies are working hard to keep passengers moving, and plan to run the majority of services, but we call on the RMT to show some decency and call off these strikes.