‘For schools that cannot accommodate all their kids in the building at one time, by definition, some kind of staggered schedule. That piece will be determined with the schools.’ 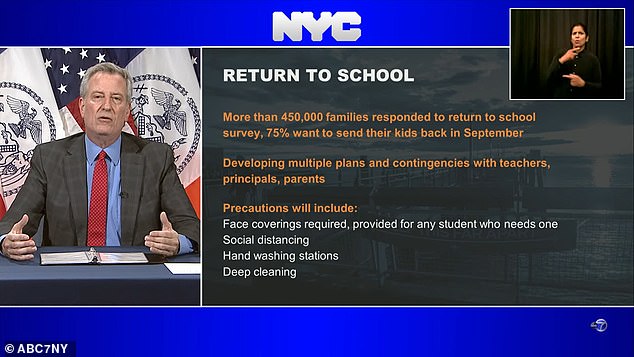 Students will be required to wear face coverings and stay six feet apart, and schools will have hand-washing stations and deep-cleaning protocols in place

A staggered schedule could entail having students split into groups, with some attending classes in person, while others learning remotely from home, or having alternate school days, or half-day shifts.

New York City has the largest school system in the nation, with more than 1.1million students enrolled in 1,866 schools.

As coronavirus cases and deaths were climbing in New York City in mid-March, De Blasio shuttered the schools and switched the district to remote learning, which has proven equally challenging for educators, students and parents.

The mayor acknowledged the hurdles facing public schools as the city, along with the rest of the nation and the world, continues to battle the COVID-19 pandemic. 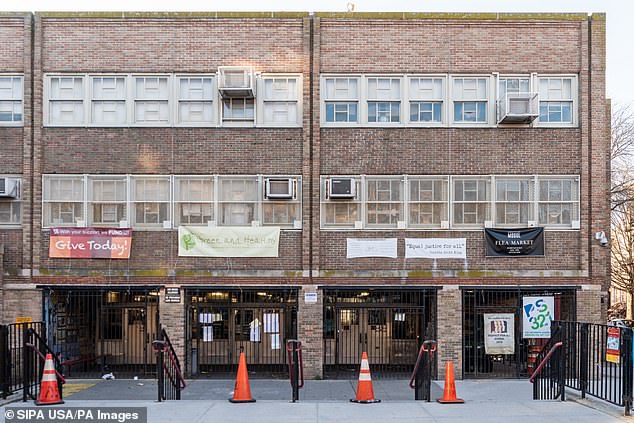 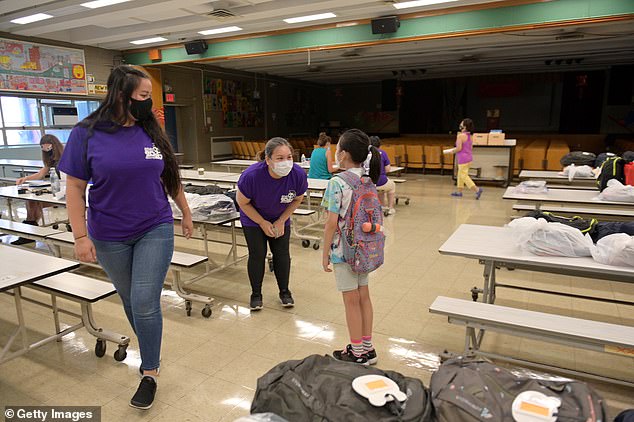 Schoolteachers Aurora Chen (L) and Melissa Wong (C) give a gift from the graduating committee to a student who just graduated at Yung Wing School P.S. 124 on June 29

‘We know the sheer logistical challenges with schools that were overcrowded before the coronavirus and now have to practice social distancing,’ he said.

The mayor said that a recent Department of Education survey has found that 75 per cent of families supported sending their children back to school in September.

When schools reopen on September 10, students, teachers and staff will be required to wear face coverings and practice social distancing, which will entail staying at least 6 feet apart, although the mayor did not say how that will be enforced.

In addition, hand-washing stations will be set up and school facilities will be deep-cleaned daily to curb the spread of COVID-19.