New York City had a sex-trafficking hot-line set up for victims and people with tips about victims, but in the big unveiling last year- they gave the wrong number.

In what could be a deadly error for victims of sex trafficking in the city, the hotline has been wrong since it was first unveiled in February of 2017, and the error was re-iterated just this January.

The New York Post discovered the error this week while delving into the rampant under-belly of sex trafficking in New York City.

Victims, who are often underage and many as young as just 12-years-old, could be calling the number listed, and be given the run around.

In the February press conference, First lady Chirlane McCray and Police Commissioner James O’Neill unveiled the 24-hour trafficking hotline, with McCray saying it was manned with ‘specially trained officer’ and would bring ‘justice to traffickers.’

‘We’re starting a new hotline, which any victim of trafficking can call for help and any person who witnesses trafficking can report it. The number is 646-610-7272,’ she added, while standing next to a trafficking survivor.

‘A specially trained officer will answer, and every single report will be investigated by human-trafficking enforcement. And to make sure everyone knows about this number, we will spread the word through an advertising campaign focusing on those communities that are highest at risk.’

The number was repeated again just this January in a Facebook video with McCray on National Human Trafficking Awareness Day, and several NYPD precincts tweeted out the number to boot.

The number actually rings through to the Special Victims Division. They don’t handle sex-trafficking cases.

When the Post called the number, the Special Victims Division sent them to call the  sent Vice Unit, which is responsible for those cases. The Vice Unit in

But the woman who answered in vice also said that number wasn’t the hotline and said to call the original 7272 number.

It isn’t the only wrong hotline in the city either. ‘NYPD sex trafficking hotline’ and similar queries is an NYC.gov page called ‘Let’s End Human Trafficking.’ That directs tipsters to a hotline run by the NYPD’s Organized Crime Control Bureau — which was disbanded years ago.

It is unclear what the correct number for the manned, 24-hour hot-line is. 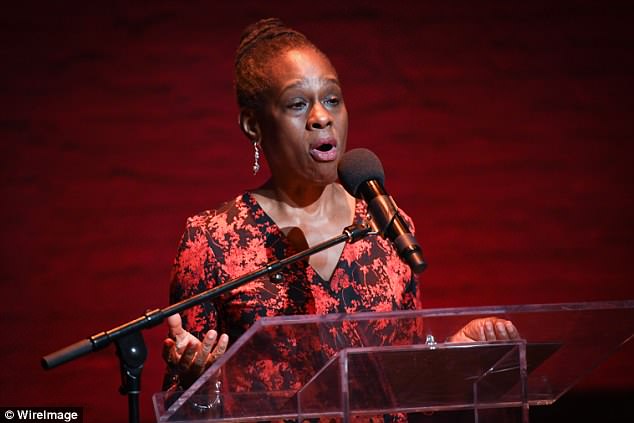