The New York Cosmos have released a statement in honor of their former player Pele, the legendary Brazilian who died Thursday at the age of 82.

It reads, ‘The New York Cosmos family, past and present, grieve the loss of sporting icon Pele. The Brazilian legend passed away today at the age of 82.

‘Born Edson Arantes do Nascimento in the city of Três Corações, Pele would become one of the world’s most celebrated figures. He made his professional soccer debut with Santos at the age of 15 and would go on to score over a thousand goals and win the FIFA World Cup three times before turning 30.

‘In 1975, Pele joined the New York Cosmos and helped popularize soccer across the United States. O Rei treated fans to numerous legendary moments on the pitch, including scoring a hat-trick to win the 1977 NASL Soccer Bowl.

‘During three seasons with the Cosmos, Pele helped transform the domestic landscape of the sport of soccer. Where once there had been baseball diamonds, now there were also soccer pitches.

‘The Cosmos and their King not only started a sporting revolution in America, they also traveled the world to spread the Gospel of the Beautiful Game, representing the world’s most global city at the global game, leaving a lasting sporting legacy in India, China, and Japan, where their visits remain a cherished part of local sporting lore. 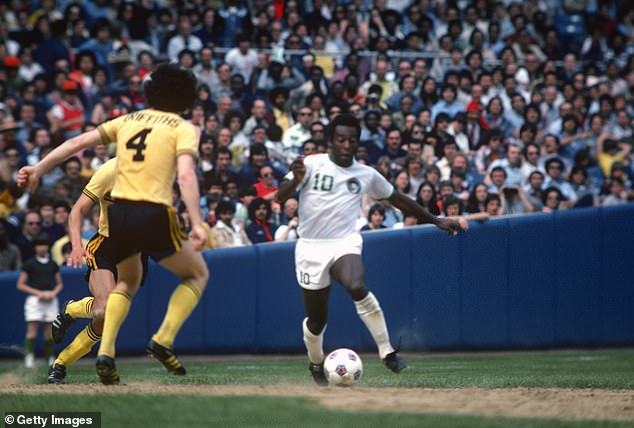 ‘His last game as a professional footballer was played on October 1, 1977, before a sold-out crowd at Giants Stadium and a global television audience. Pele played one half each for the only two clubs he ever represented, Santos and the New York Cosmos.

‘Pele’s name will forever be synonymous with sporting artistry and genius. His lasting impact on the sport of soccer is inestimable. Rest in peace, O Rei.’ 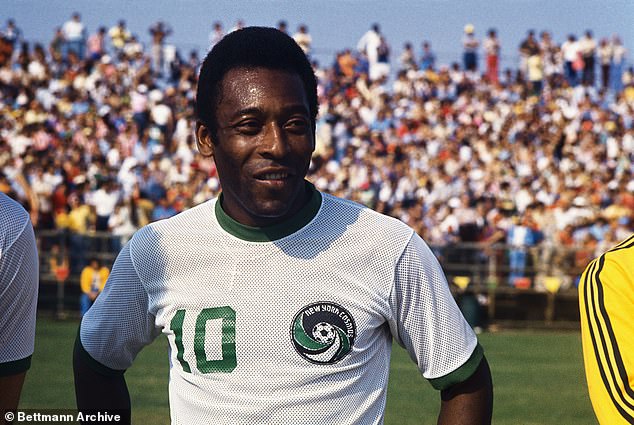 Pele was remembered fondly in other corners of American soccer as well. 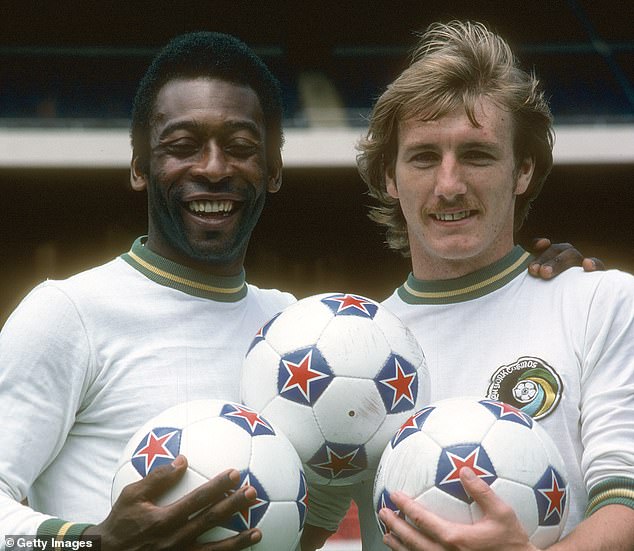 Former USMNT midfielder and Houston Dynamo coach Tab Ramos said, GREATEST OF ALL TIME. Carried The Beautiful Game on his shoulders and always with class. Rest in Peace.’

USMNT winger Tim Weah added on Instagram, ‘Thank you for paving the way for young black men like myself to believe that anything is possible if you dream big.

‘You will forever be in our hearts. Thank you for changing my life and inspiring me to continue believing in my abilities.’