An New York firefighter is being praised after he saved three girls from drowning in North Carolina while on vacation with his family.

Oswego firefighter Sean O’Gorman was at the right place and right time on Thursday when he spotted two girls on Boogie boards caught in a deadly current off the state’s Emerald Isle.

A third girl jumped in the water to help them when they started calling out for help, but then she became stuck too.

The girls’ mother had called 911 and her husband was going to get a surfboard to try to rescue them, but the fireman decided to swim out and bring the three girls back himself.

‘Getting back was a struggle, with me trying to tow them all in. They were hooked onto my feet,’ O’Gorman told the Charlotte Observer. 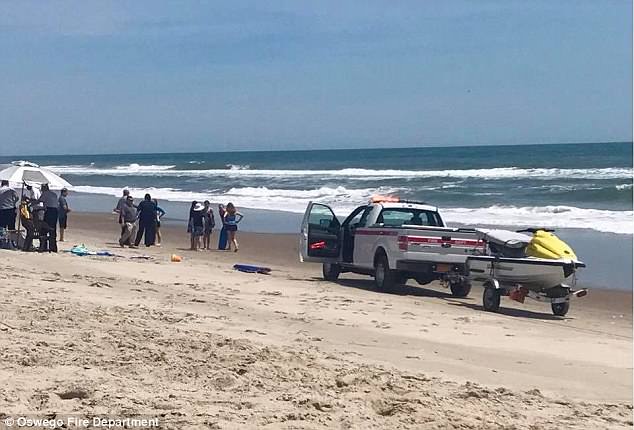 O’Gorman first noticed two girls on Boogie boards struggling in the current, and then a third girl jumped in to help and also got stuck in the water

The fireman used techniques he learned in training such as the ‘forceful crawl stroke’ to get the teen girls out.

He told the Observed: ‘The girls did not panic, they were calm.

‘Their parents thanked me and everything, but I believe Emerald Isle’s Fire Department would have gotten to them if I hadn’t gone out.’

The Oswego Fire Department praised O’Gorman for saving the girls: ‘[He] was able to reach the girls where their father was unable, even on a surf board. 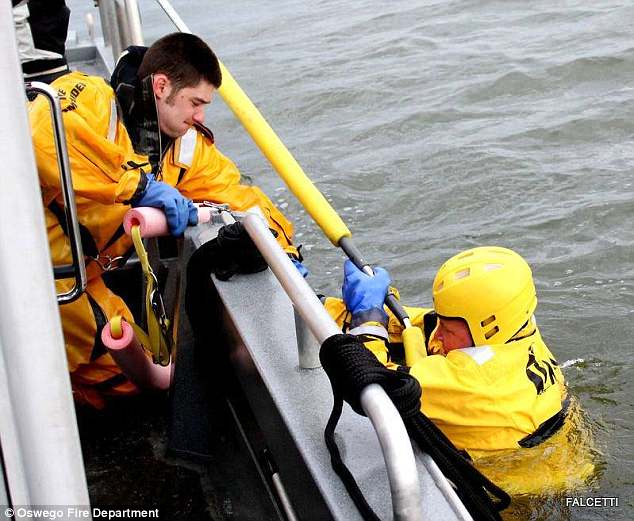 ‘By the time firefighters from Emerald Isle arrived FF O’Gorman had everyone out of the water safe.’

As the Observer points out, North Carolina is one of the most dangerous states for rip currents, with about 100 people dying every year after being caught in rip tides.

Just two days before O’Gorman saved the girls, a four-year-old boy from New Hampshire died when he was pulled into the ocean by a wave and drowned off the Outer Banks, about three hours north of Emerald Isle, as previously reported.

The boy’s body was still missing as of Saturday. 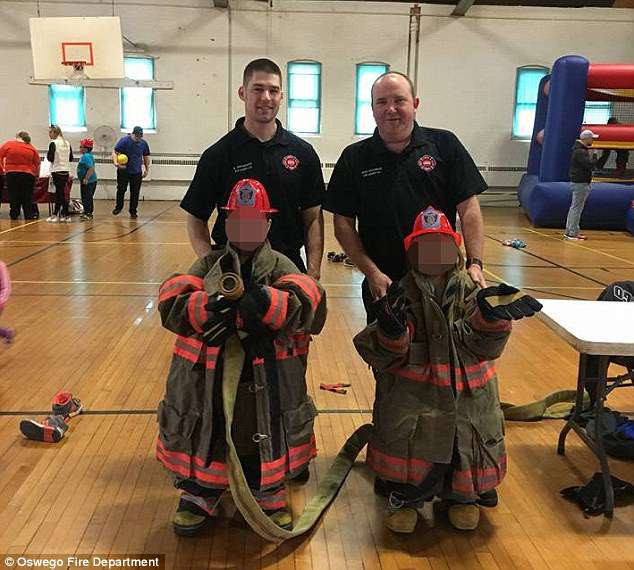 ‘Getting back was a struggle, with me trying to tow them all in. They were hooked onto my feet,’ O’Gorman said. He’s pictured right with a fellow fireman