The Dallas Cowboys’ Thanksgiving day win over the New York Giants is the most-watch NFL regular-season game EVER, setting a record of 42 million viewers on average

The Thanksgiving afternoon game between the New York Giants and Dallas Cowboys set the mark for the most-watched NFL regular-season game on record.

The Cowboys 28-20 victory on Fox averaged 42 million viewers, according to Nielsen, surpassing the 41.55 million average for the December 3, 1990, Monday night game between the Giants and San Francisco 49ers on ABC. Average viewer record numbers date to 1988.

The average viewership for the three Thanksgiving Day games on Thursday was 33.5 million, surpassing the previous high of 32.9 million in 1993, when two games were aired.

The average was also up six percent over last year’s average of 31.6 million.

The Buffalo Bills 28-25 win over the Detroit Lions on CBS was the most-watched early Thanksgiving Day game on record with a 31.6 million average.

The night game between the New England Patriots and Minnesota Vikings averaged 25.9 million, the second-highest audience for a Thanksgiving night contest. The Vikings’ 33-26 victory was surpassed only by the 2015 game between the Chicago Bears and Green Bay Packers (27.8 million). 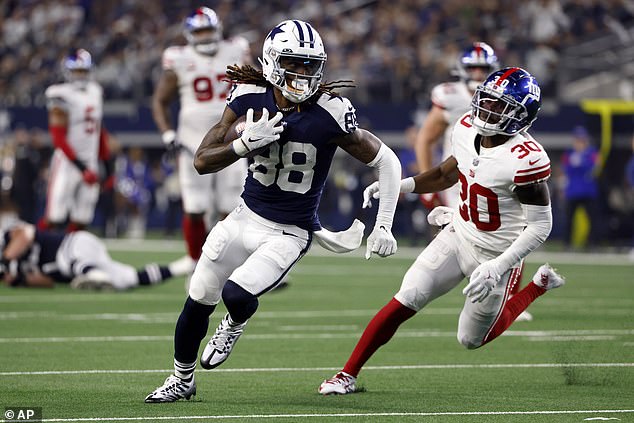 Rookie Peyton Hendershot ran for a two-yard touchdown before directing all three of his fellow tight ends into a giant Salvation Army red kettle for a Whack-A-Mole celebration.

The victory ended a three-game losing streak on the holiday for the Cowboys (8-3), who moved a game ahead of the Giants in the NFC East while sweeping the season series. 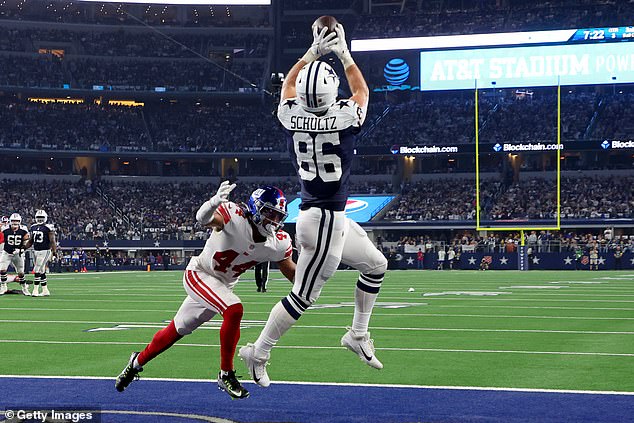