New York real estate agent Eric Goldie had evidently had enough with a fellow plane passenger reaching over to open the window shade on a flight.

So much so that he took matters into his own hands and slapped the mystery fingers – capturing the frosty interaction on camera and defiantly concluding: ‘my window, my rules.’

Goldie’s TikTok of the incident has now gained six million views and sparked an ongoing online discussion about flight etiquette.

In the video, a frazzled looking Goldie, who has upwards of 150,000 followers on TikTok and Instagram, twice swats away a second passenger’s hand as they try to open the shade behind them.

Goldie posted the video in response to a prior video he had put online detailing some annoying behaviors of airplane passengers.

Many viewers agreed with Goldie’s righteous actions and posted their support in the comments section.

Goldie spoke to DailyMail.com about the swatting episode, saying, ‘We’re all getting back to travel and he (the unruly window opener) must have forgotten what the rules are when it comes to the window shade. Lesson learned.’

He added that the entire incident led him to wonder, ‘has travel etiquette gone out the window? Pun intended.’

‘Who has the audacity to try MULTIPLE TIMES after being told no,’ wrote one commenter.

‘I think this would have unlocked dormant violence in me. like broken fingers,’ wrote another.

Would you have swatted the passenger’s hand?

To further rationalize his vigilantism, Goldie posted a follow up video explaining that the location of the window merited his response.

Which is to say, the window was not shared between seats, but rather firmly inside Goldie’s jurisdiction on the aircraft.

‘I see how this can be confusing but there is no confusion on whose window this was,’ he said in the follow up.

In his prior post, Goldie had specifically noted that he had no problem with passengers who wanted to look out the plane windows during takeoff and landing.

But those who want to unleash blinding lights into the cabin at random intervals throughout the flight earn no sympathy from him. 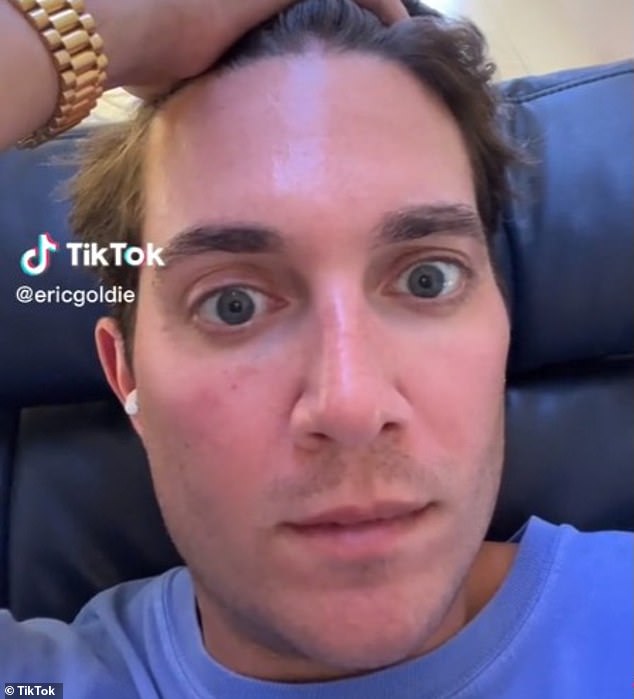 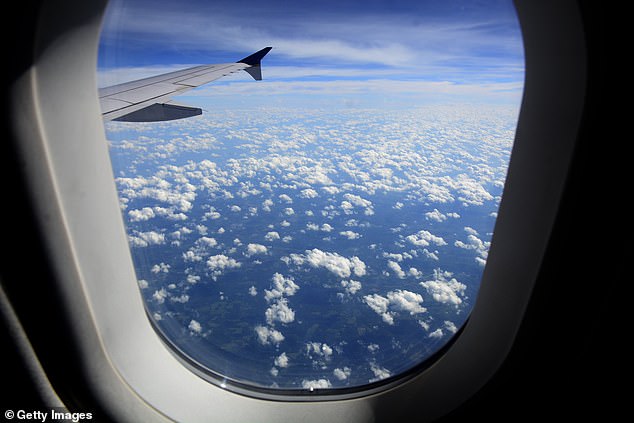 Online users largely agreed that opening the window to bright lights during a flight is an annoying thing to do, and an unacceptable thing to do if the window is not even next to the offender’s seat

In the age of the internet, proper plane etiquette has become a discourse unto itself as frazzled and frustrated passengers of all stripes share their experiences and reactions.

Earlier this month, a woman shared a story about how she saved a fellow passenger from a conniving attempt at a seat swap.

Seattle-based TikTok creator @not.christinayang shared her experience on a ‘four or five-hour’ flight from Hawaii to Seattle in a recent video, which has been seen more than 2.5 million times.

According to the traveler, she was sitting in premium economy in a three-seat row when someone asked the woman who was sitting next to her to swap seats so she could sit next to her friend. 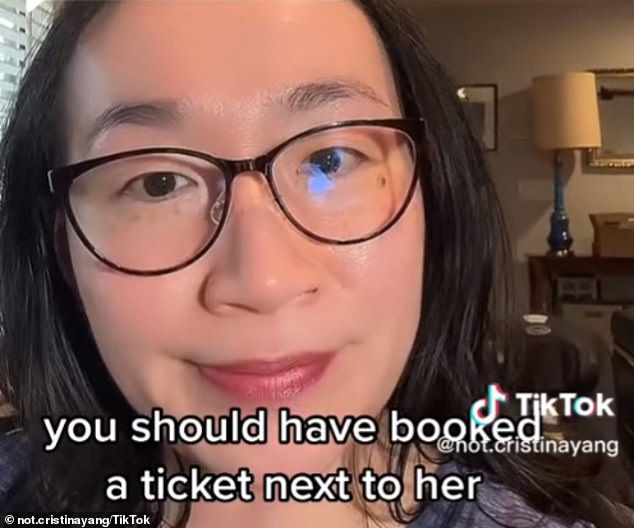 During the flight, the creator said an aisle-seat passenger asked the middle-seat occupant – a soft-spoken Japanese woman – to switch seats.

‘Mind you we’re in premium economy. We’re like in row eight with all the unlimited drinks and snacks. So the lady next to me is like, “Oh you know we switch seats? Um, OK, right.”

‘And so the lady is like, “Oh, but it’s a window seat, it’s so much better than a middle that she has,”‘ she recalled.

‘I was like, “Except for the fact that we are traveling together. Hello? We’re both Asian, of course, we know each other. And 26 is not premium economy… it’s like you can smell the toilet back there. No!”

The TikTok video has attracted thousands of comments, with some slamming the passenger who wanted the seat swap and others finding humor in the scenario.

‘”Let’s switch.” Not even, “Would you mind switching with me?” Some ppl are so entitled,’ one person said.

‘Or her friend could have moved back to sit with her. You don’t ask someone to downgrade for your convenience,’ another added.

A third person wrote: ‘I’m sure someone from row 26 would have taken the free upgrade if it was that important.’

‘You’re a hero,’ someone else simply put.