A man was shot dead on a street in the New York City borough of Queens on Wednesday, the city’s fifth homicide in 24 hours.

Police were called to an address in Far Rockaway at around 1:30pm where they found a 34-year-old manlying on the pavement with gunshot wounds to his chest and body.

Despite being rushed to Jamaica hospital, he was unable to be revived

A man was shot in the chest at around 1:30pm on Wednesday. He did not survive his injuries

‘Usually stuff like that doesn’t really happen around here,’ said a neighbor to the Daily News. ‘With everything going on right now, you’d think people would have some more compassion, but apparently not.’

The shooting was the fifth homicide since 4pm on Tuesday when Vincent Witt, 20, was shot in the head on Staten Island, officials said.

Later on Tuesday night, a man was stabbed in the Bronx. Authorities say that at 8:10pm a 36-year-old man with found multiple stab wounds to his head and torso. 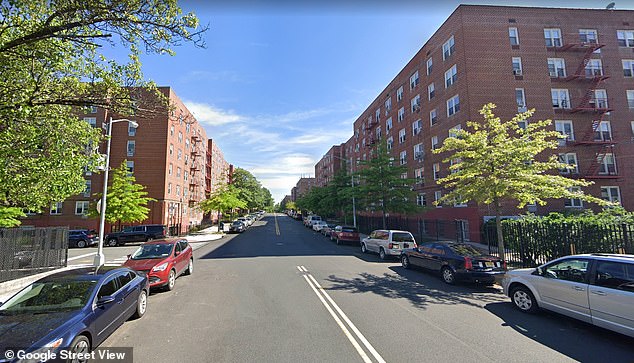 Vincent Witt, 20, was shot in the head on Park Hill Ave. in Staten Island, on Tuesday afternoon

Paramedics rushed him to hospital but he was pronounced dead. The victim’s identity is being withheld pending proper family notification.

The fatal stabbing occurred next to a police precinct in The Bronx.

In the early hours of Wednesday morning, a man was beaten to death with a baseball bat. The deadly assault happened at about 2:45am.

By the time police arrived, they found a 32-year-old man, unconscious and unresponsive, with trauma to the head.

He was dead by the time he had arrived at hospital 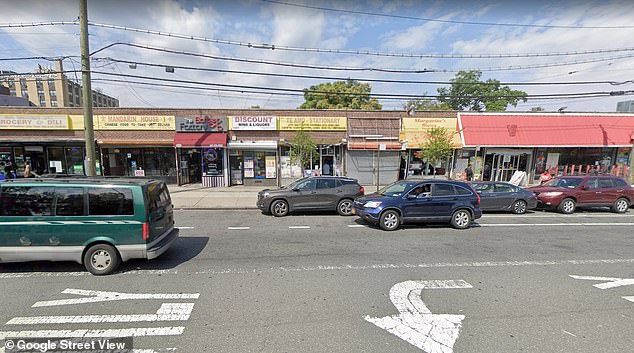 There have been no arrests in connection to his death and the investigation remains ongoing.

Police have not released the victim’s identity.

In a gruesome fourth murder, a 26-year-old man allegedly stabbed his father to death in their Brooklyn home early Wednesday morning and is believed to have partially eaten him.

‘It’s one of the worst crime scenes I’ve ever seen. He was missing body parts — we don’t know where they are,’ said one police officer to AMNewYork.

The suspect, Khaled Ahmad, allegedly went into a bagel shop in Dyker Heights at around 4:20am on April 15 and told police there he had killed his father. 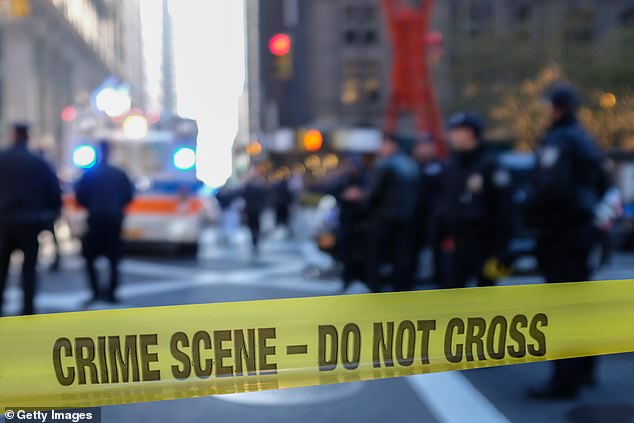 So far, police have investigated 79 homicides this year which is only three fewer than 82 that had occurred during the same period of time last year (file photo)

‘The suspect went up to two officers that were at the bagel shop and he told them he killed his father. I was informed that he ate his father as well,’ the source said to AMNY.

Officers then decided to conduct a welfare check and found 57-year-old Imad Ahmad, unconscious and unresponsive, with multiple stab wounds to his body. His body had also been mutilated.

Emergency medical service responders pronounced the victim dead at the scene. The younger man was taken into custody.

26-year-old Ahmad was said by police to have been unemployed and had a history of being emotionally disturbed.

He has been charged with murder and criminal possession of a weapon, according to a police.

In the other four murders that took place in the past 24 hours, so far, no arrests have been made.

Last week, 10homicides were reported compared to four in the same week in 2019.

So far, police have investigated 79 homicides this year which is only three fewer than 82 that had occurred during the same period of time last year.