Instagram star-turned-rapper Cardi B’s single Bodak Yellow has swept the nation in unexpected ways – even finding its way into a sixth grade classroom in Harlem.

A New York elementary school classroom is making impressive academic moves thanks to the brilliance of a 29-year-old teacher who rewrote the lyrics of Bronx rapper Cardi B’s top-charting single to teach her kids geography.

Educator Erica Buddington reworked the lyrics to the hit song to teach about the continents, oceans, and hemispheres on the world map. 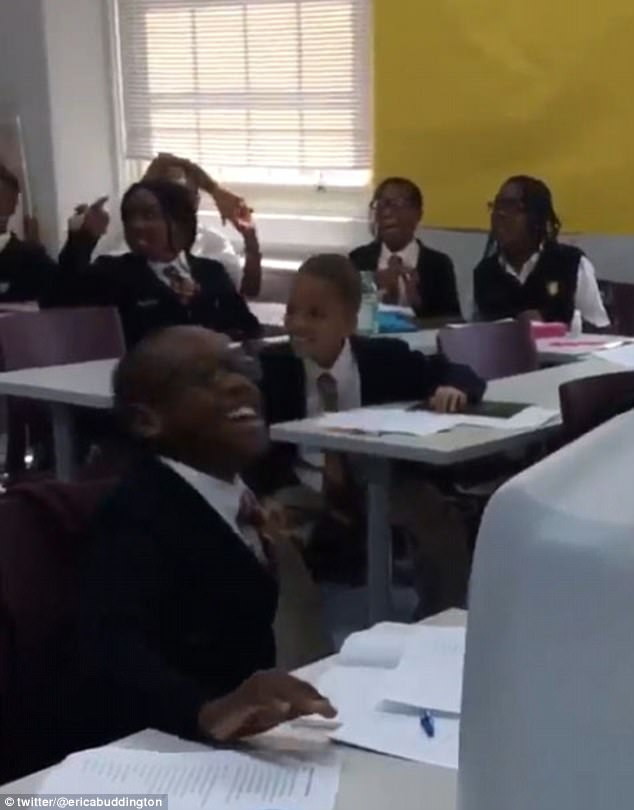 Dancing for joy: In a now viral video that Erica posted, the kids are seen laughing and dancing along to their teacher’s version of the hit song, while learning at the same time 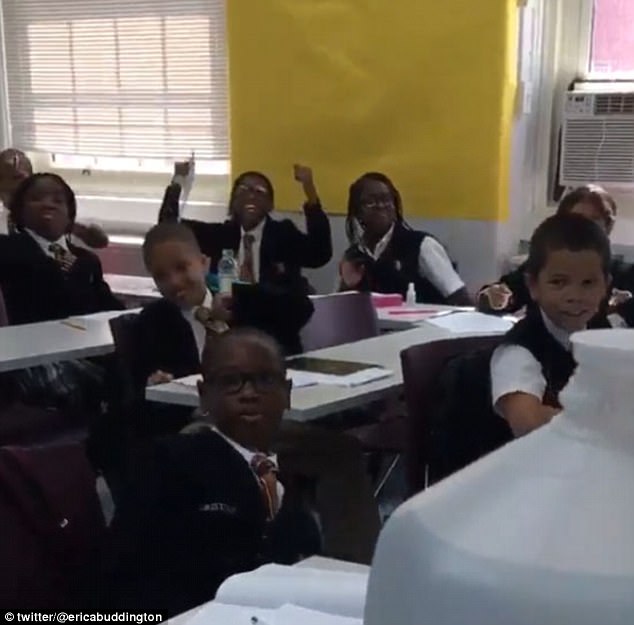 I don’t dance now! I make study moves! The kids seemed to retain the information in the reworked song, thanks to the familiar tune, filled with new educational facts

The new school year had just started, and Erica knew it would be difficult to get her kids to focus.

‘They were at a low proficiency and I knew I had to capture their attentions,’ she said to Buzzfeed.

‘They were having trouble locating places on the map,’ she added.

Erica said she noticed her sixth grade class’ obsession with Bodak Yellow and decided to put her own educational spin on it. She rewrote the hook to focus on the basic aspects of the globe from the number of continents and different climate zones to latitude and longitude.

After writing out the hook and a full verse she performed it for her students and they were all too eager to learn her rendition.

She opened the explicit song with a much more PG intro and sang, ‘ Said: you can know the globe if you wanted to’.

Then she traded the famed hook, ‘these expensive, these is red bottoms, these is bloody shoes’ for ‘seven continents, five oceans, and four hemispheres too’.

Erica said that students love it so much they don’t just sing along, they also ‘beat on tables during instructions,’ in class.

‘It was incredible. The school year had just begun and they only knew me for two weeks before,’ she said.

‘They got acclimated to me and they made it happen. I was like, “Oh my God!”‘ 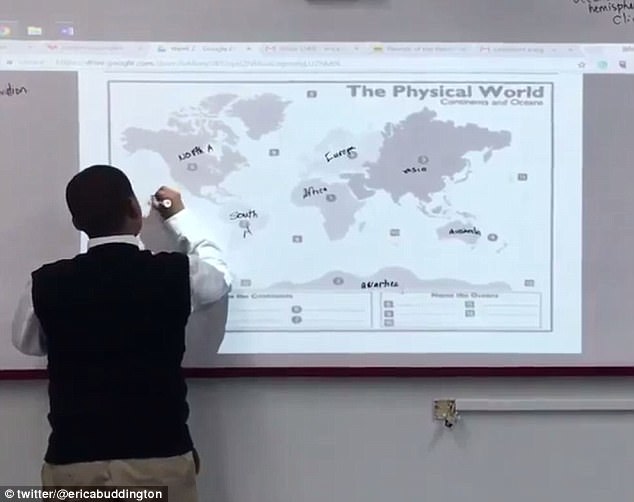 Eating it up! Erica’s pupils quickly began to absorb the information after hearing the song 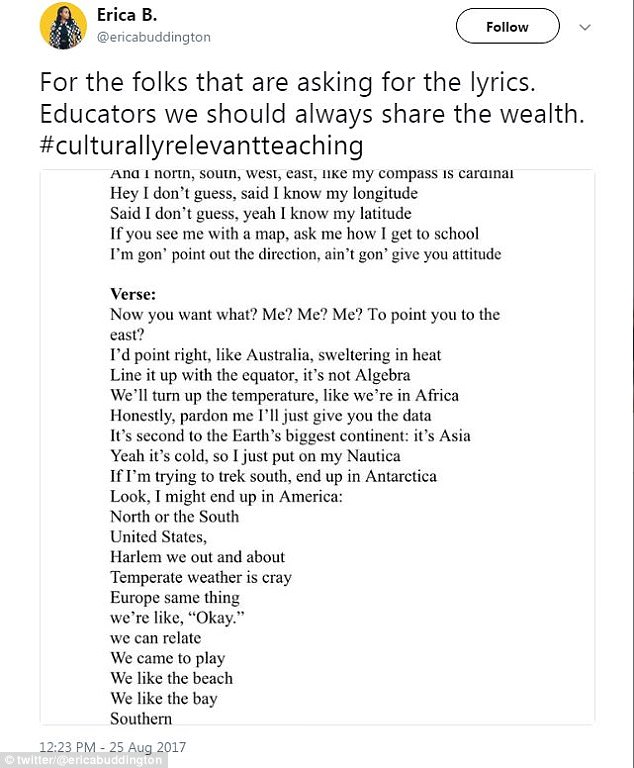 Sharing is caring: Empowered the positive online reception, she shared the lyrics online

Her students aren’t the only ones loving it. After she taped and tweeted a video of herself performing the rap, the response was overwhelmingly positive. The video, which sees the children joyfully dancing, dabbing, and banging their hands to the beat, racked up over 51,500 retweets and over 108,000 likes.

Cardi B herself retweeted the video and exclaimed, ‘I LOVE THIS I NEED THIS FOR MY IG !!!’

In another video Erica posted student is seen bopping along to the music blaring on the speakers as he fills out an empty world map on the board with confidence, all without missing a beat.

She even shared the lyrics so that other educators could be inspired and use it to connect to their students too.

The best part of all is that the song is not only fun, but it’s proved efficient in helping the students grasp and retain their geography lesson.

On a recent quiz, the students were asked to label a world map and identify key terms, and their grades saw a significant improvement.

Buddington shared she even observed students whispering the lyrics to themselves to recall the facts.

Twitter users are going crazy for her video, with students, parents, and educators a like applauding Erica for her creative song remake.

Who knows what’s next for Erica’s classroom, perhaps Erica will release a Spanish version, just like Cardi B did this month, too.