A New York City yellow cab driver was taking what he was made to believe was a drunk passenger to an address in Queens on Wednesday, only to discover that the woman in the backseat was dead.

The harrowing incident began unfolding at around 5am, when an unidentified person summoned the taxi and instructed the driver to take the purportedly drunk woman to an address on Avery Avenue in the Flushing neighborhood.

When the cab reached its destination, a friend of the passenger approached the vehicle to pick her up and found her to be unresponsive, reported the New York Post, citing an unnamed police source.

A woman in her 20s was found unresponsive inside a yellow cab in Queens, New York, after the person who placed her inside the vehicle claimed she was drunk (stock image)

The driver then rushed the woman to NewYork-Presbyterian Hospital-Queens, where she was pronounced dead shortly before 6am.

The passenger has not been named as of Thursday morning pending the notification of next of kin, the NYPD told DailyMail.com in an email. She was described only as a woman in her 30s.

The Medical Examiner’s Office will determine the cause of death.

Police have launched an investigation into the death.

The person who placed the deceased woman in the cab, claiming she was drunk, has not been identified or detained for questioning. 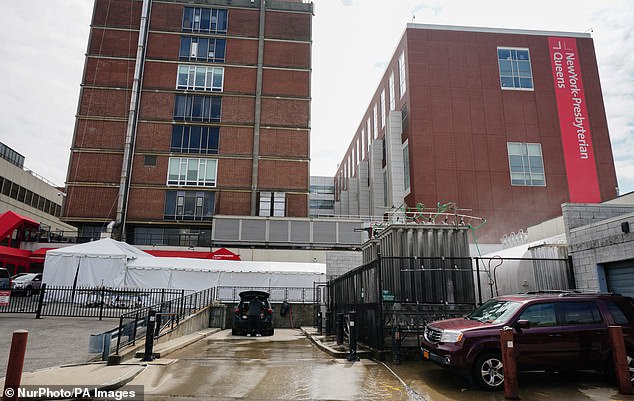 The passenger was rushed to NewYork-Presbyterian Hospital-Queens, where she was pronounced dead before dawn on Wednesday